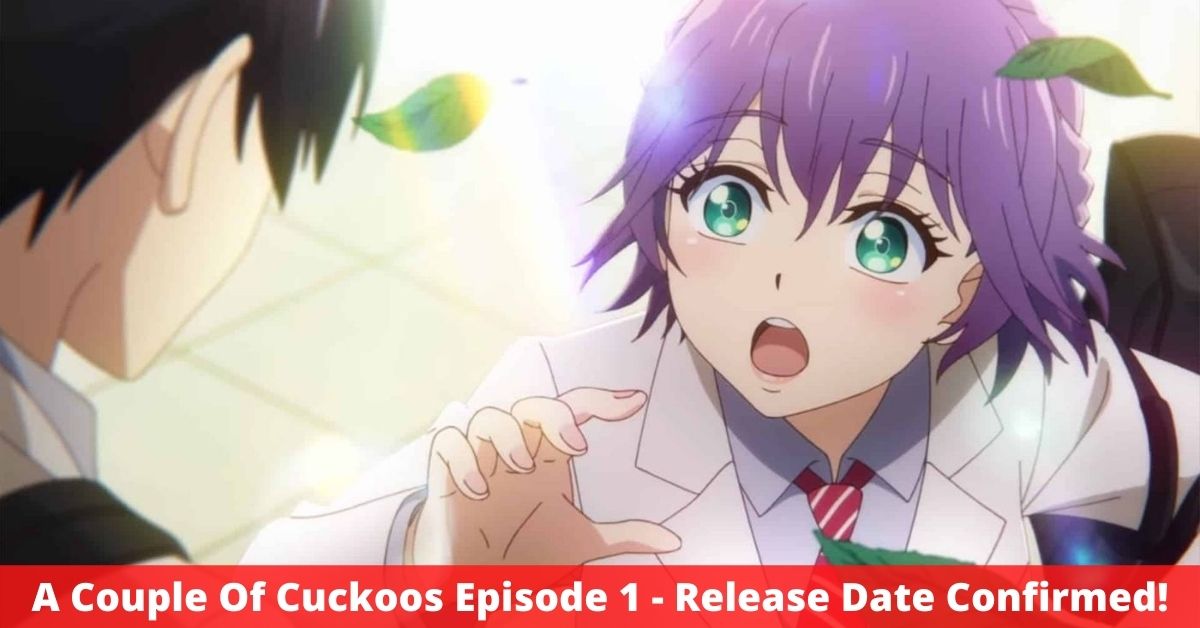 Crunchyroll has now confirmed the worldwide release date of A Couple of Cuckoos episode 1 for the Spring slate’s final animation.

The Spring anime schedule is in full swing, with local and international simulcasting currently in their fourth week.

The adaptation of Miki Yoshikawa’s hit manga series A Couple of Cuckoos is the only significant production that has yet to make its premiere.

Crunchyroll has officially confirmed the worldwide release date for A Couple of Cuckoos episode 1 as fans around the world await the final anime of the Spring slate.

A Couple of Cuckoos premiering on Crunchyroll on Saturday, April 23rd, and will be available across North America, Central America, South America, Europe, and Africa, as well as Oceania, the Middle East, and the Commonwealth of Independent States.

A Couple of Cuckoos episode 1 will premiere at the following times, as verified by the anime streaming platform in a recent news post:

Crunchyroll will also make the first three episodes of A Couple of Cuckoos available for free until May 31st.

Where to read the english version of the manga?

If you can’t wait for the anime adaptation to air, consider reading Miki Yoshikawa’s outstanding original manga series instead.

At the time of writing, 11 entire Tankobon volumes have been published in Japan, although Kodansha US has only released six of them in English.

What is the plot of the anime A Couple of Cuckoos?

A Couple of Cuckoos is an anime about Nagi Umino and Erika Amano’s tangled fates. Nagi Umino, a 16-year-old high school student, realizes that the family who reared him is not his biological family. Nagi decides to meet his true parents.

Nagi learns afterwards that there was a hospital switchback. His foster parents are already planning an arranged marriage between him and his biological parents’ daughter. Erika Amano will be her bridesmaid! Small world! Nagi and Erika will be forced to live together as part of the plot!

Who is behind the production of A Couple Of Cuckoos?

Shin-Ei Animation and SynergySP collaborated on the anime version of A Couple of Cuckoos.

Shin-Ei Animation first appeared on the scene in the 1970s and is best known for creating the iconic Doraemon television series. Additionally, the crew has worked on other anime series, including Ninja Hattori-kun, The World Ends with You: The Animation, and The 8th Son? Are You Trying to Laugh at Me? as well as Those Snow White Notes

This SynergySP entity is actually a subsidiary of Shin-Ei Animation, which is most known for producing the anime series Taisho Otome Fairy Tale, Battle Game in 5 Seconds, Beast Saga, and the Beyblade series among others.