Ascendance Of A Bookworm Season 3 – Release Date, Where To Watch, And More! 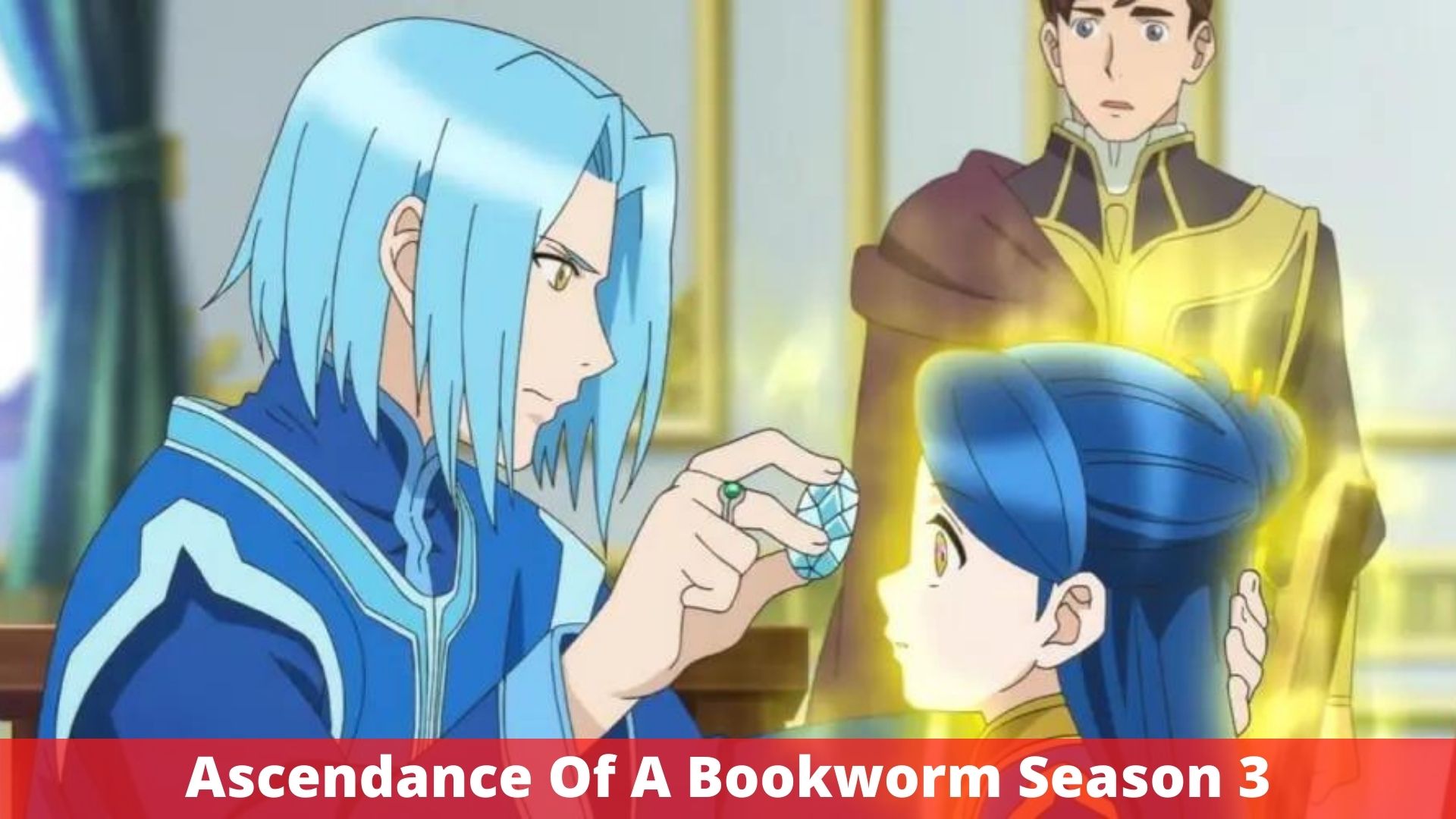 The third season of Ascendance of a Bookworm is now available.

‘Ascendance of a Bookworm’ is a slice-of-life isekai anime based on Miya Kazuki’s Japanese light novel series of the same name. Urano Motosu is a bookworm who is on the point of realising her lifelong dream of becoming a librarian when she goes away unexpectedly. However, she is reincarnated as Myne in the mediaeval age and resolves to pursue her desire of reading as many books as she can, only to discover that such books are incredibly scarce in that time period.

Her fascinating and entertaining attempts to self-publish her novels have piqued the interest of a sizable portion of the anime community. It’s become so popular over the years that it now has three seasons. Here’s everything you need to know about the latest one’s streaming and other facts, since it’s going to be released.

Ascendance of a Bookworm is an unusual manga series with a grounded yet lovely tale. As a result, Ajia-Do Animation Works decided to make an anime adaptation of Urano’s story. The first season of the anime was released in October 2019, and the second season will be released in April 2020. Now, fans of the first two seasons are eagerly anticipating the third season of the show.

Also read: Elon Musk Has Resigned From The Twitter Board Of Directors, According To CEO Parag Agrawal

Release Date Of Ascendance Of A Bookworm Season 3

Episode 1 will be available to stream at 10:30 a.m. PT (Pacific Time); however, because the release timetable varies by location, below is the exact timeline to follow:

Where To Watch Ascendance Of A Bookworm Season 3

Crunchyroll is airing the upcoming season of Ascendance of a Bookworm for anime enthusiasts. On the streaming portal, you may watch the first two seasons of the anime series. The service offers both dubbed and subbed versions of the show, and new episodes are added as soon as they are broadcast in Japan.

The latest season of isekai anime isn’t available on Netflix right now. For now, users can watch ‘Little Witch Academia‘ or ‘Sword Art Online‘ instead of the series.

Inaccessible on Hulu, ‘Ascendance of a Bookworm’ season 3 Is It Wrong to Try to Pick Up Girls in a Dungeon? or Mushu Tensei: Jobless Reincarnation are good alternatives.

The third isekai anime instalment is not in Amazon Prime‘s standard library. The streamer’s subscribers may love ‘Yu-Gi-Oh!‘.

All previous seasons have aired exclusively on Crunchyroll, and season 3 will be no exception. All new episodes are available to subscribers here.

Due to a technical issue, Funimation subscribers will need to find the series elsewhere. ‘The Rising of the Shield Hero’ or ‘Overlord’ are two excellent isekai anime worth seeing.

What Is The Plot Of Season 3 Of Ascendance Of A Bookworm?

Myne was promoted to the position of orphanage director in season 2 of the show. She also used the mana for the first time in public, which naturally elevated her social standing. She is anticipated to become more embroiled in the politics of the kingdom of Ehrenfest in the latest instalment. With the aristocrats’ rising backing, she may become even more drawn to public life. But whether she will be able to balance that with her personal life remains to be seen. Furthermore, the upcoming chapter is likely to shed more information on Myne’s political decisions’ far-reaching implications.

Trailer Of Ascendance Of A Bookworm Season 3