Pacific Rim: The Black Season 3 – Is It Renewed Or Cancelled? 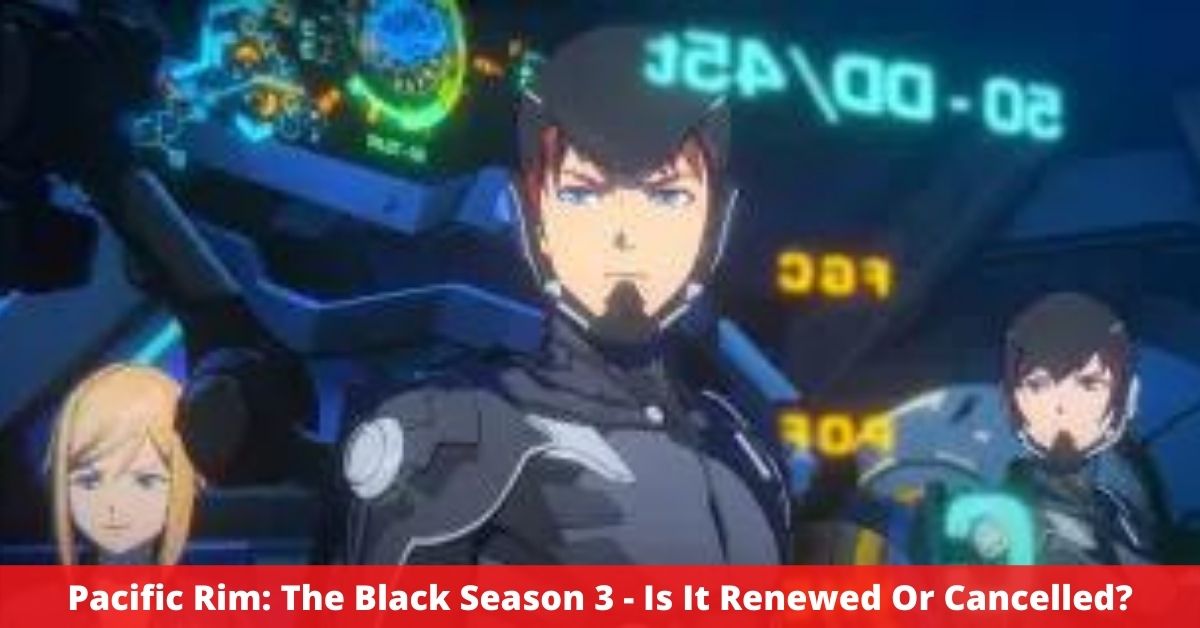 ‘Pacific Rim: The Black’ is an animated action series based on the Guillermo del Toro and Travis Beacham blockbuster ‘Pacific Rim,’ which launched the franchise. The series centres around the brother-sister duo Taylor Travis and Hayley Travis, and is set in the same universe as the original film. They set out aboard an abandoned Jaeger in search of their parents, who fled years ago to combat the Kaiju, a race of monsters who wiped out Australia.

The sci-fi series, created by Greg Johnson and Craig Kyle, first aired on March 4, 2021. While the majority of critics felt that the show appealed to franchise aficionados, a few were concerned that it would have difficulty attracting new viewers to the imaginary world. Despite this, the show has been acclaimed for its aesthetics, which are said to be faithful to the movie’ look and feel. Furthermore, the story expands on the themes that run across the films. As a result, viewers are eager to find out what happens next after the second season premieres on Netflix. Is there going to be a third season? So, here’s what you should know.

Pacific Rim: The Black Season 3 – Is It Renewed Or Cancelled?

Season 2 of ‘Pacific Rim: The Black‘ premiered on Netflix on April 19, 2022, with all seven episodes available at the same time. Each episode is 20-28 minutes long.

Pacific Rim: The Black will not be renewed for a third season, but it is not all doom and gloom for the animated series, as we will explain.

We have some disappointing news regarding the third part of the show. According to reports, the Netflix project was ordered for two seasons from the start, with season 2 being the concluding round. The good news is that it doesn’t leave any plot threads hanging since the Travis family’s storyline is wrapped up in two installments.

“It’s fantastic that we’re able to tell a story about characters and villains who aren’t at the forefront of the wider Pacific Rim universe,” the series’ art director, Yuki Moriyama, told The Verge. “And this, in turn, has led to a larger comprehension and enlargement of the world in my mind,” he concluded. However, considering that this is the first time Netflix has taken on the challenge of developing the ‘Pacific Rim’ universe, further spin-off episodes or films are feasible.

Having saying that, we wouldn’t hold our breath for another film or television series any time soon. Despite the fact that the first 2013 film was supposed to be the start of a trilogy, the sequel, ‘Pacific Rim: Uprising,’ came out barely five years later in 2018. Unfortunately, the sequel did not garner as much attention as it had planned, putting a damper on the possibility of a sequel. But, much to the delight of fans, Netflix stepped in to save the day by greenlighting this series about the Travis siblings. Season 3 of ‘Pacific Rim: The Black’, on the other hand, seems unlikely to be made.

The Netflix show’s popularity is due to a number of things. Humans vs. gigantic creatures is a popular sci-fi theme that drives the story. In a March 2021 interview, co-creator and showrunner Greg Johnson noted that this approach works because humans are skilled at overcoming seemingly insurmountable difficulties. People come up with imaginative solutions to their issues when given the correct opportunities, and audiences appreciate stories like this.

Another reason for the series’ success is that Johnson and Craig Kyle wanted to give the audience more than just Jaegers vs. Kaiju battles. As a result, the storyline focused on introducing characters who people can relate to and care about. This is accomplished through Taylor and Hayley Travis’ emotional yet deadly struggle in the series. So, if you’re itching to rewatch your favorite show, the good news is that it’s available on Netflix. All you have to do now is log in and have fun!