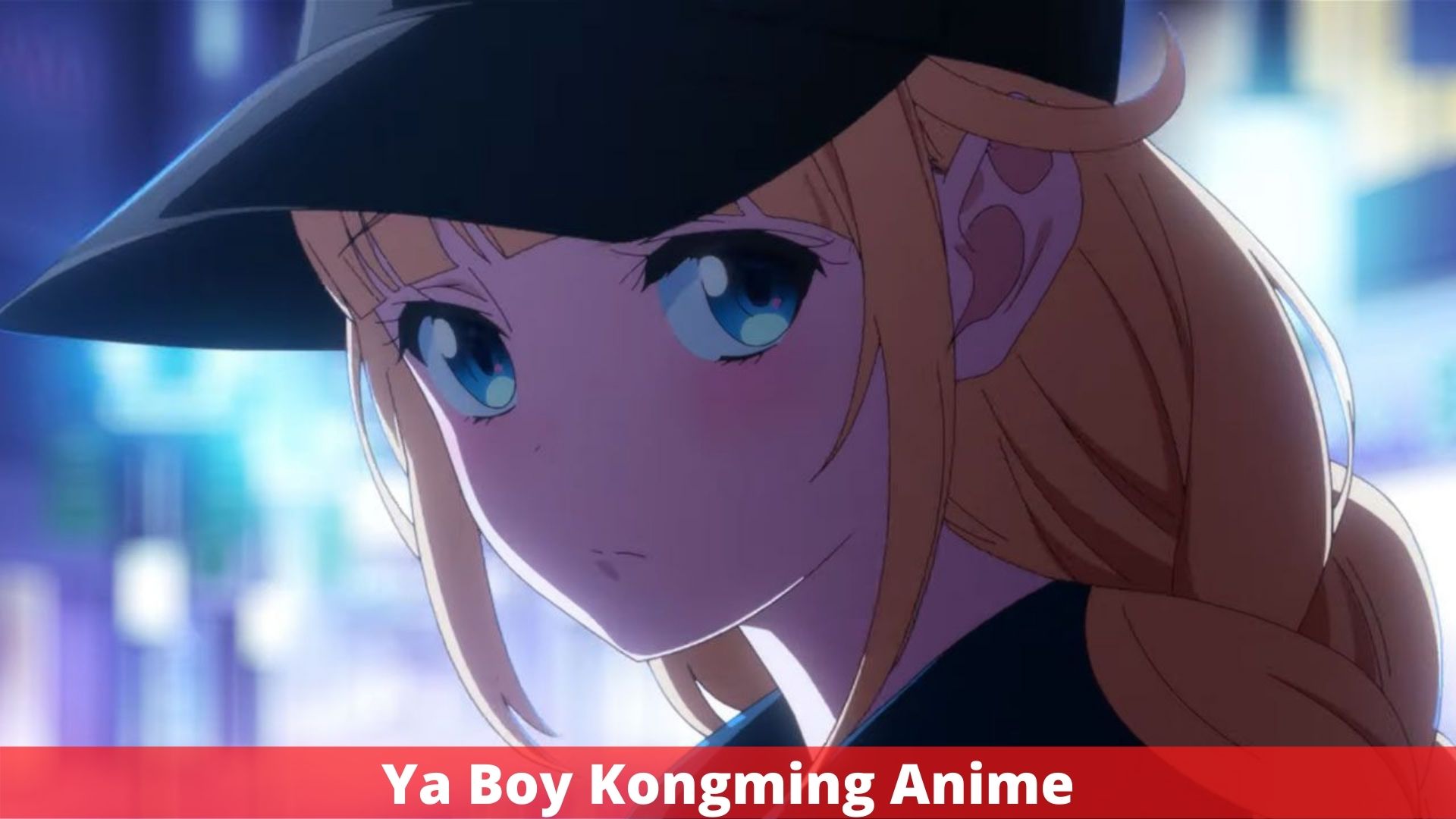 As one of the first titles of this year’s spring anime season, P.A.Works’ latest production, Ya Boy Kongming, seems promising for fans of both music and feel-good slice-of-life titles.

The idea is simple: Zhuge Liang (Kongming) dies but is mysteriously transported to modern-day Japan. He blends nicely in at a Halloween party and gets pulled inside a bar. Once there, he hears the most beautiful voice, Eiko Tsukimi’s. Did I mention he thinks he’s in hell and calls Eiko his hell-mistress? She thinks he’s either bluffing or insane, but she takes him home. She is still not persuaded he is who he claims to be. But something propels her to get him a job at her bar.

In fact, Eiko is struggling to launch her singing career, and Kongming’s help is vital. He offers to help her because he knows she is smart and quick to learn. It’s heartwarming that her singing struck him so deeply, as the story reflects his loss of friends and life.

Not to mention the music. The music chosen for the first episode ranged from rapid, bouncy singles to melancholy ballads. From the previews, the upcoming episodes will feature even more genres. The opening theme wasn’t heard in the premiere, however, episode 2 is coming soon.

If you enjoy anime with music This spring, you must see Ya Boy Kongming. Fans of slower-paced slice-of-life stories will enjoy this pairing.

Also read: Trapped In A Dating Sim Episode 2 – Everything We Know!

When Will Ya Boy Kongming Be Available On Crunchyroll?

Currently, Ya Boy Kongming is only accessible to view on HiDive. It isn’t available on Crunchyroll or Netflix.

Those looking forward to seeing this new anime on Crunchyroll may be dismayed to hear that it will not be available on the platform. Only HiDive has been confirmed to host the show in the near future as of this writing.

The good news is that new HiDive customers get a 14-day free trial, so it’s simple to sign up and watch all of the Ya Boy Kongming episodes for free.

The second trailer for the new anime series Ya Boy Kongming has been released, featuring the opening theme tune. The animation, which will premiere on April 5, is produced by Studio P.A. Works.

Will Ya Boy Kongming Make An Appearance On Crunchyroll In The Future?

There are no plans for this show to come to Crunchyroll in the future, so it’s a “no” for now.

Of course, anything can happen in the world of anime, so there’s always the chance that Crunchyroll will receive Ya Boy Kongming in the future, but that could be years away, so keen fans should take advantage of the 14-day free HiDive trial.

In other gaming news, PlayStation fans have been stockpiling up on 12-month PS Now subscriptions in anticipation of the upcoming PS Plus adjustments. This month, Xbox Game Pass has lost six games, including MLB The Show 21. Return to Monkey Island will be released this year, according to the announcement.

Kaede Hondo will play Eiko Tsukumi’s speaking voice in Ya Boy Kongming!, while 96Neko will provide her singing voice. Other members of the cast include:

I’m the one in charge of the script. The character designs are handled by Kanami Sekiguchi, and the music is composed by Genki Hikota.

Trailer Of Ya Boy Kongming Anime