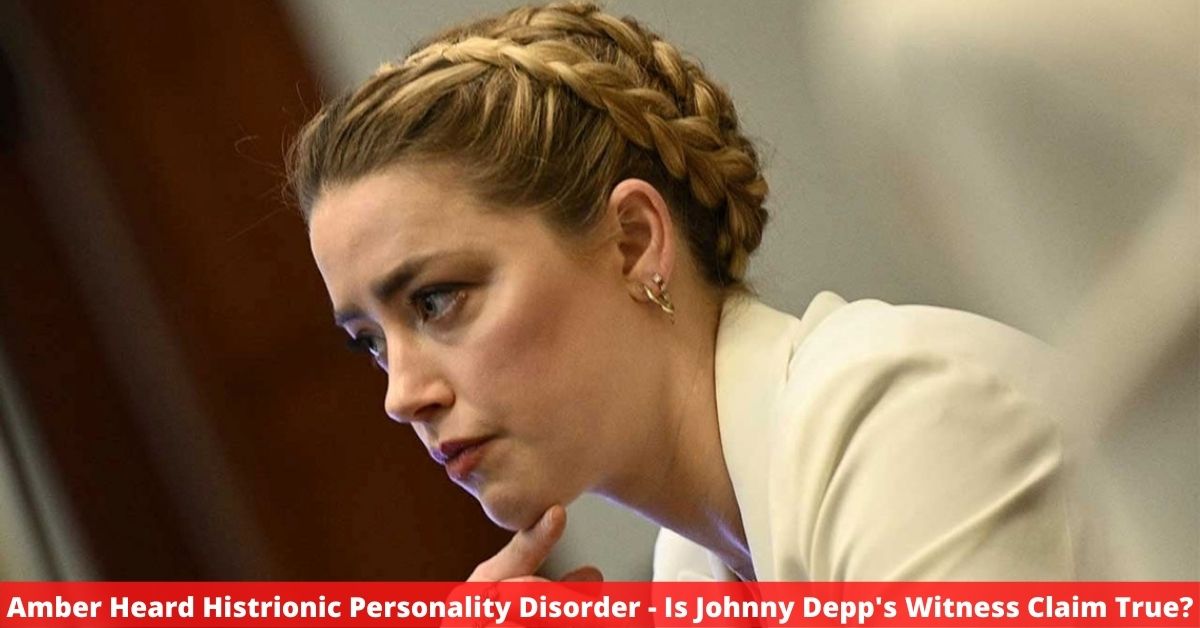 The defamation trial of Johnny Depp against Amber Heard is already in its third week. The actor is seeking $50 million in damages from his ex-wife for an op-ed she wrote for The Washington Post in 2018.

Heard described herself as a “public figure symbolizing domestic abuse” in the piece. Depp was not mentioned by name in the piece. The star of Pirates of the Caribbean thinks the piece harmed his career.

Heard, on the other hand, is suing for $100 million, saying that he defamed her by referring to her claims as “false” and a “sexual assault farce” via his legal team.

The court heard testimony this week from Dr. Shannon Curry, a psychologist who diagnosed Heard with histrionic personality disorder.

What is Histrionic Personality Disorder?

Histrionic personality is counted as part of the “cluster B” or “dramatic” personality disorders, according to WebMD.

A personality disorder diagnosis may be given to people who have major challenges in how they relate to themselves and others, as well as problems coping on a daily basis.

Also Read: What Is Bill Hwang’s Net Worth? Everything We Know!

People with histrionic personality disorder, according to Mind, may have following symptoms:

What did trial witness claims about Amber Heard?

Dr. Shannon Curry is a forensic and clinical psychologist with licenses in both California and Hawaii.

Shannon is a trained forensic examiner and a psychology specialist for state courts and law enforcement.

According to Curry, histrionic personality disorder is linked to “drama and shallowness,” as well as a need to be the center of attention, as reported by USA Today Entertainment.

According to the psychologist, the condition is linked to people who are physically attractive and “use their looks to get that attention.”

Curry testified under oath for Depp’s defense team as a witness.

Furthermore, Heard has not confirmed or denied having the condition, nor has she stated that she has been clinically diagnosed with it by a doctor.