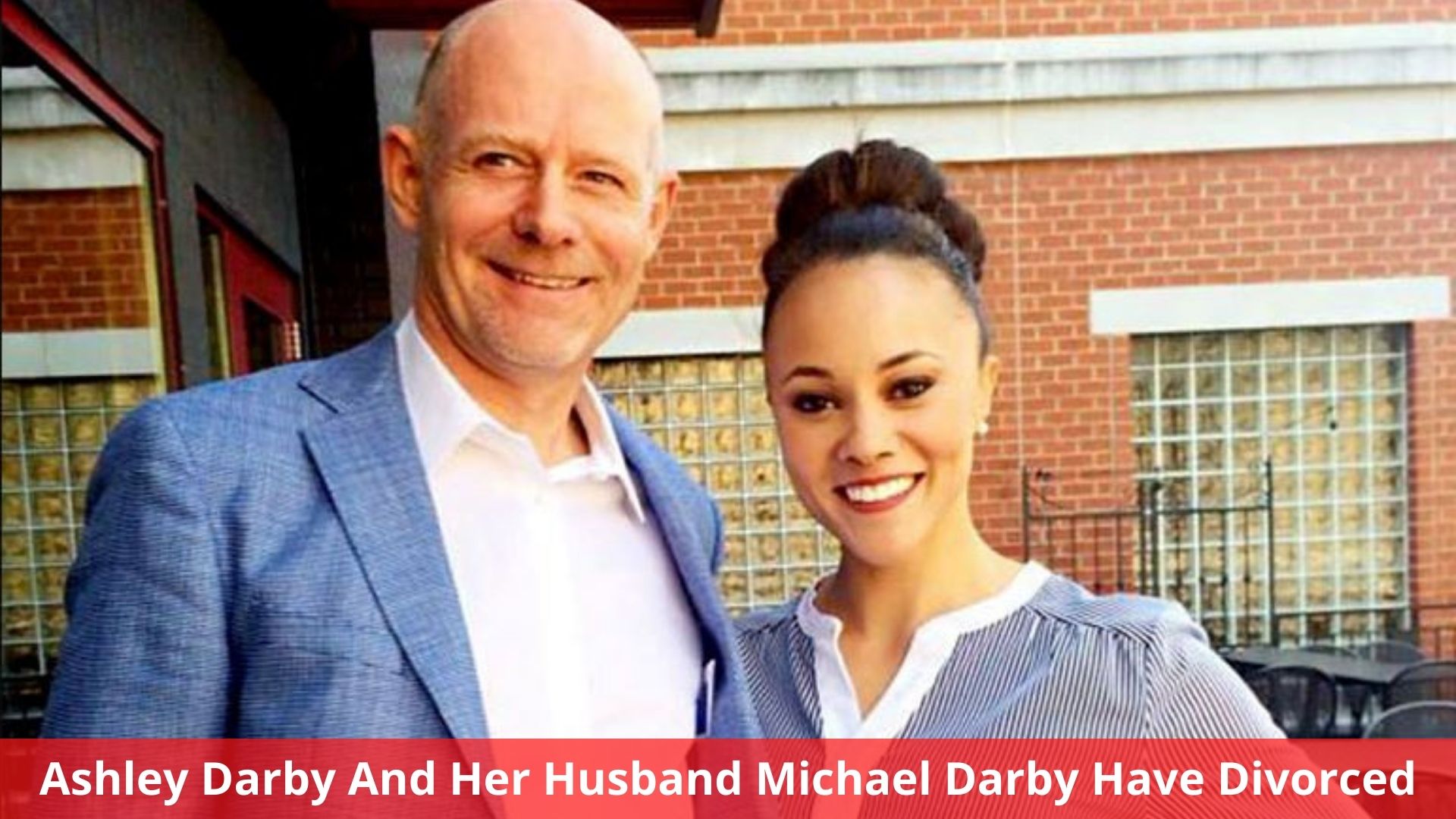 Ashley Darby of the Real Housewives of Potomac has divorced her husband, Michael Darby, according to Us Weekly.

An insider who attended Karen Huger’s RHOP: Karen’s Grande Dame Reunion premiere party on Saturday, April 16, exclusively tells Us, “Ashley was walking around saying her marriage is ending, and she’s about to be on the dating market.”

On Tuesday, April 19, the 33-year-old reality actress disclosed her split from Michael, 62, through Instagram, writing, “It’s been almost 8 amazing years.” Despite going their separate ways, Ashley and Michael “will always love and respect each other,” according to a statement released by Bravo’s Daily Dish.

“We’ve made the decision to split up.” “We recognise that there will be many differing perspectives on why we reached this choice,” she said. “People will jump to the conclusion that the causes were too much reality TV intrusion into the most personal aspects of our life, age gaps, cultural concerns, or child-rearing variances. All of these factors may have influenced our undying love for each other, but none of them is the core cause of our mutual choice to part ways.”

“We are now both at very different stages in our life and have very distinct ambitions for our futures,” Ashley explained. We both want the other to find true pleasure and fulfilment, but we believe we won’t be able to do it together.”

“We also know that true happiness can only be attained by continuing to work together and dedicating our hearts and souls to raising our two lovely boys, Dean and Dylan,” she continued. Because they were actually made out of love, they will always feel cherished and supported. We thank everyone who has been a part of our journey and ask for your continued support by respecting us as we go through this difficult time.”

Ashley and Michael married in 2014, two years before Bravo’s RHOP started. After Michael allegedly grabbed the rear end of Katie Rost’s then-fiancé, Andrew Martin, at a party, the couple’s connection rapidly became a talking point. During the season 1 reunion, which aired in April 2016, the contractor and his wife rejected the allegations.

Michael was accused of touching a cameraman’s butt while working on an episode of the reality show in September 2018. He was barred from filming and charged with sexual assault in the second degree and improper sexual contact.

Also Read: Who Is Angela Yee’s Boyfriend? Everything You Need To Know!

“Bravo has thorough regulations and guidelines relating to the safety of cast and crew, which production companies are obligated to follow, in addition to their own practises,” the network said in a statement to Us at the time of Michael’s suspension. We take such allegations seriously and work with our production partners accordingly. Filming with Michael Darby has been halted by Bravo and Truly Original, the production company for The Real Housewives of Potomac.”

Michael’s accusations were withdrawn a month later. In October 2018, Ramon Korionoff, a representative for the Montgomery County State’s Attorney’s Office, told Us, “The case was dismissed owing to inadequate evidence.” “According to the complaining witness, there were no eyewitnesses to the incident.”

Mike Rowan, Michael‘s lawyer, also issued a statement. “The charges against him were withdrawn. That same month, the lawyer argued that they were unfounded. “A number of alleged witnesses said that it did not happen.” The alleged victim’s plea for a peace order was likewise denied. Nothing had happened, and nothing had happened here.”

In the midst of their public ups and downs, the author of Paper Wristbands spoke up about where she stands with Michael. “Michael and I are in a lot better place,” she revealed in August 2018 at the RHOP Season 3 reunion episode. “We’re attempting to start a family.” I did get pregnant a week before my birthday, however the pregnancy ended in a miscarriage two weeks later.”

Ashley and the real estate mogul welcomed son Dean in July 2019 after having fertility troubles.

After delivering birth, Ashley commented on Instagram, “I never believed this day would come.” “When I found out I was expecting, I began to wonder when I’d feel the first kicks. Then, as I started to feel the flutters, I was curious as to when I’d start to show. After witnessing the bulge grow, my thoughts turned to the day of the birth (WILL THIS REALLY HAPPEN?!) And when this precious child finally entered our lives, it seemed like the sunniest day after a sky filled with grey. The most unforgettable day of our lives together. “Mickey and I are loving every moment we have with our amazing boy.”

Dylan, the couple’s second child, was born in March 2021. “Dean loves being a big brother and covers the baby with kisses and cuddles all the time,” the Bravo star wrote on Instagram at the time, gushing about her growing family. Thank you for your kind words and patience as we adjust to our new normal. This is even more incredible than I anticipated…. I had no idea my heart could handle so much love.”