Bill Murray Divorce With Jennifer Butler – Everything We Know 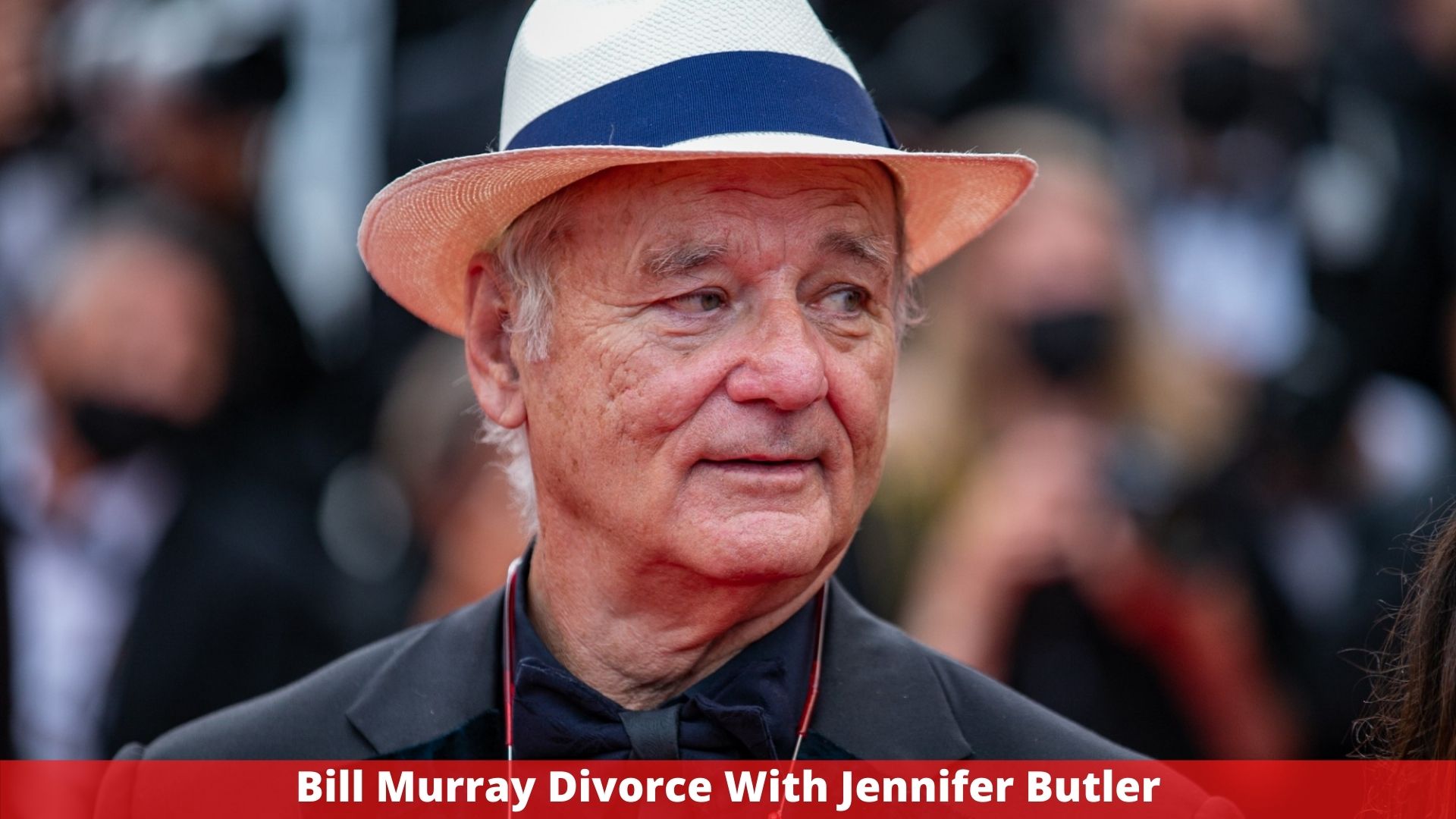 Bill Murray’s marriages were traumatic. Following infidelity allegations, the actor and his first wife divorced, and his second wife said the actor allegedly told her she was “fortunate he didn’t murder her.”

Bill Murray, a notable actor, and comedian from the United States is known for his accomplishments and deadpan style. He has a tremendous career story, but his love life has taken a different path.

Murray, who rose to fame in the 1970s, has been married twice, but both marriages have been marred by issues ranging from an adulterous affair to a deadly accusation.

During his time on “Saturday Night Live,” Murray became a household name, and his performance earned him his first Emmy Award. His knowledge of the entertainment industry has earned him numerous honors, including the Golden Globe and the British Academy Film Award.

Murray married his first wife Margaret Kelly on January 25, 1981, during the filming of “Stripes,” indicating that he was eager to start a family.

They conducted a similar ceremony in Chicago to commemorate their families, and the couple had two boys, Homer and Luke, during their marriage.

Murray was having an affair with Jennifer Butler while still married to Kelly, thus things didn’t go easily for the couple during their time as husband and wife. Murray later married his mistress after the couple separated in 1996.

Butler and the “Meatballs” actor married in 1997 and have four sons together, one of them was born before Kelly’s divorce was finalized. Their love, like his first marriage, faded with time.

Also read: Is Stephen King Divorced To Tabitha King? Everything We Know!

Butler filed for divorce on May 12, 2008, after nearly 11 years of marriage, with a slew of slanderous allegations. The entertainer’s wife described him as an abusive husband who was addicted to marijuana and booze.

The lawsuit, which claimed Murray physically abused his wife and threatened to murder her, did not include any evidence of Murray’s marijuana or alcohol use. Butler’s charges were not addressed by Murray’s lawyer, although he did say Murray was “very devastated” by the divorce.

Butler, on the other hand, was determined to put an end to the connection and filed a restraining order against the Hollywood star, alleging that he told her she was “fortunate he didn’t murder her.”

Butler claims that due to their father’s behavior, she and her four children, Caleb, Jackson, Cooper, and Lincoln, were forced to leave their £2 million home in Charleston.

Murray is prohibited from “interfering with, intimidating, or making abusive or threatening phone calls” to Butler or the children, according to the restraining order. She did, however, offer the actor proper visitation if he behaved well.

Butler, who described herself as a “devoted and faithful wife,” also hoped to prevent the actor from exposing his children to narcotics or his extramarital encounters. On June 13, 2008, the couple’s divorce was finalized.

Bill Murray seems to have lost interest in marrying after his divorce from Butler, which handed her full custody of their children as well as houses in California and South Carolina.

Although the actor appeared to be content with his single status, he admits to feeling lonely on several occasions over his life, particularly after a loss. Murray shared the following during an interview about the loneliness he felt when his mother died.

But it’s unclear if he felt lonely after Butler died because he’s been so open about how content he is with his single existence. The Hollywood actress once stated in an interview, “I have children for whom I am accountable. I don’t believe I’m alone.”

Also read: Ashley Darby And Her Husband Michael Darby Have Divorced After Eight Years Of Marriage

The 71-year-old movie legend also said that having a date on certain occasions would be wonderful, but he was busy with other tasks. Murray stated he was concentrating on “self-development” when asked what those items were.

Murray’s love and relationship theory also stole the spotlight at an American bachelor party. The actor, who lives in Charleston, South Carolina, was at a gathering with a predominantly male audience when he was urged to say something to the soon-to-be groom on the spur of the moment.

Bachelor parties, he argued, aren’t for grooms, but for singles. Other visitors laughed heartily at his statement, but that wasn’t all he said.

In a YouTube video, the actor also gives advice on how to deal with a female you like. He suggested that lovers should travel around the world and then marry if they are still in love when their vacation is over.

Despite the fact that the “Lost in Translation” actor’s statement made people laugh, it appeared that his words were based on years of experience in various relationships.