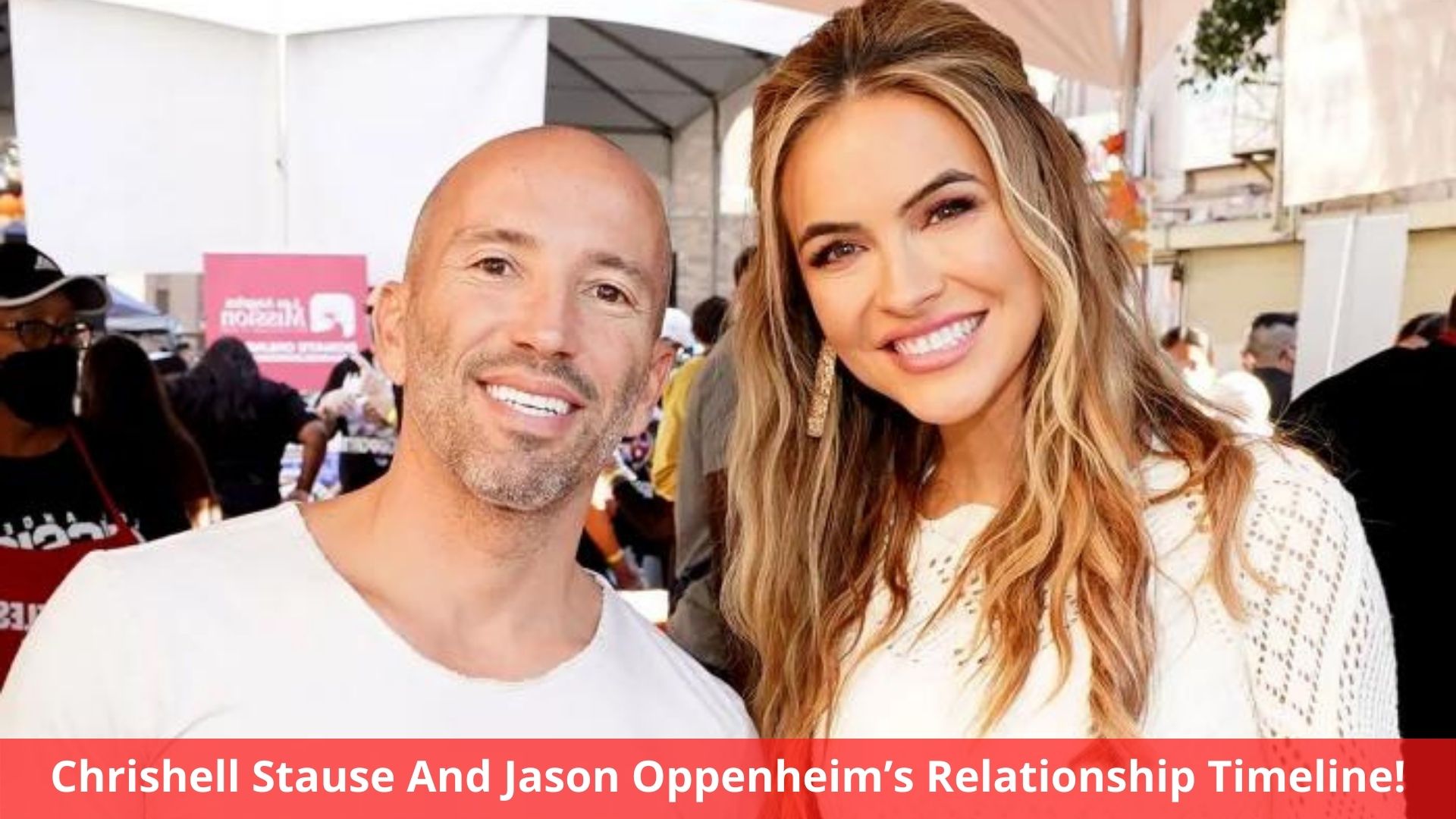 Are Chrishell And Jason Dating On ‘Selling Sunset’?

Jason Oppenheim and Chrishell Stause, sadly, are no longer together. The Selling Sunset couple called it quits in December 2021 after 5 months of dating. On the other hand, the two co-stars appear to be on good terms and continue to work together at the Oppenheim Group.

On December 21, Jason said on Instagram, “While Chrishell and I are no longer together, we are still wonderful friends and will always love and support one another.”

Following Chrishell’s separation with Dancing with the Stars pro Keo Motsepe in February 2021, the two began romantically linked in early 2021.

Jason, 44, and Chrishell, 40, dated for two months discreetly, keeping their relationship hidden from their co-stars. The problem is only known to a few people. They declared it ‘Instagram official’ on July 28, 2021. Chrishell shared photos of the two kissing and appearing to be in love in a sequence of shots taken during a group holiday to Capri, Italy.

“We told a few close friends, but if you want to keep anything secret, don’t tell too many people.” “It’s difficult to keep a secret among so many people,” Jason told US Weekly. “Everyone was extremely accommodating. They’re just what we expected.”

They made their red carpet debut as a couple at the Los Angeles premiere of Marvel’s Shang-Chi and the Legend of the Ten Rings in mid-August. She walked out again on September 22 for the Hollywood Reporter’s Power Broker Awards.

Chrishell’s Instagram was full of lovey-dovey photographs of them when they were dating. “I prefer my munchies with a little salt and pepper on them,” one post read beside a throwback photo from their vacation to Italy.

Also Read: Who Is Chrishell Stause Dating? Are G Flip And Chrishell In A Realtionship?

Stause began working for The Oppenheim Group in 2018, just a few years after obtaining her real estate licence.

He told Good Housekeeping of his business relationship with Mary Fitzgerald following their split, “I don’t give her special treatment.” “I understand that some agents may be irritated because Mary is involved in and brought on to many of my listings. While I don’t disclose the financials with everyone because they are confidential, I believe that everyone would recognise that she is bringing more money into the brokerage and selling more homes than anybody else based on her obvious efforts.”

Jason told Page Six in May 2021 that dating another costar “probably wouldn’t be an incredible idea” after dating Fitzgerald before to Selling Sunset. “It’s not that I’ve stopped dating — it’s not on my priority list, to be honest,” he continued. That would not be a top priority for me. “I believe that would be difficult.”

A group trip to Italy in July 2021 with Fitzgerald and her husband, Romain Bonnet, and Jason’s brother Brett and his girlfriend Tina Louise revealed their romance.

“Nothing makes me happier than seeing two of my dearest friends happy!” Fitzgerald retweeted

I’m very pleased for you guys! Hopefully, people will stop with Jason and Mary.”

Following their trip to Italy, the couple stayed one night in London and had a romantic meal.

On September 8, the couple attended their first New York Fashion Week together at the Bronx and Banco runway presentation.

On September 29, the realtors dressed up for a fancy date night with several of their Netflix co-stars. Stause posted photos to Instagram from the event, including one of her admirer nuzzling her neck.

Stause tweeted a snapshot of herself and her partner from their summer vacation in Italy. She captioned the adorable selfie, “I prefer my nibbles with a little salt and pepper on them.”

Also Read: Who Is Jeff Lazkani Dating? Is He Married To Chelsea Quinn?

Season 4 of Selling Sunset will not feature Chrishell’s affair with Jason because they became public months after shooting began.

In the same month, Fitzgerald revealed how she found out about her co-stars’ romance.

“I was out with her and realised he was looking at her differently, so I confronted him,” Fitzgerald told Cosmopolitan UK in November 2021. “Jason said, ‘Sorry Chrishell, Mary knows.'”

Jason revealed in an exclusive interview with Us how the couple moved from friends to more.

“There was a change. “We were very clear about what we wanted since we were close friends,” he told Us. The two of us would almost joke about our dating lives and what we were looking for.

He also said Chrishell wanted to keep the relationship quiet. “I appreciated that approach since it made us both feel more at ease. “I respected her decision-making and followed her lead,” he said. The proper attitude for everybody, I believe.

The cast of Selling Sunset has been incredibly helpful. “It doesn’t hurt to date the boss,” Maya Vander conceded, but she denied any special treatment. “After all, she has good clients today that she built herself. So Jason may help anyway he wants, it’s his call, his brokerage “she said.

Mary Fitzgerald said at the People’s Choice Awards: “I was astonished, but they’re excellent for each other. I’m waiting to see what happens, but they’re two of my very best friends, and they’re currently making each other happy.”

Over. Jason and Stause split up before Christmas, a source told Us Weekly.

Jason showed his support for Chrishell at a book signing for her book, Under Construction: Because Living My Best Life Took a Little Work, less than two months after their split. At the Barnes & Noble in Westwood, California, he posed for photos with his ex-girlfriend, Brett, and Emma Hernan.