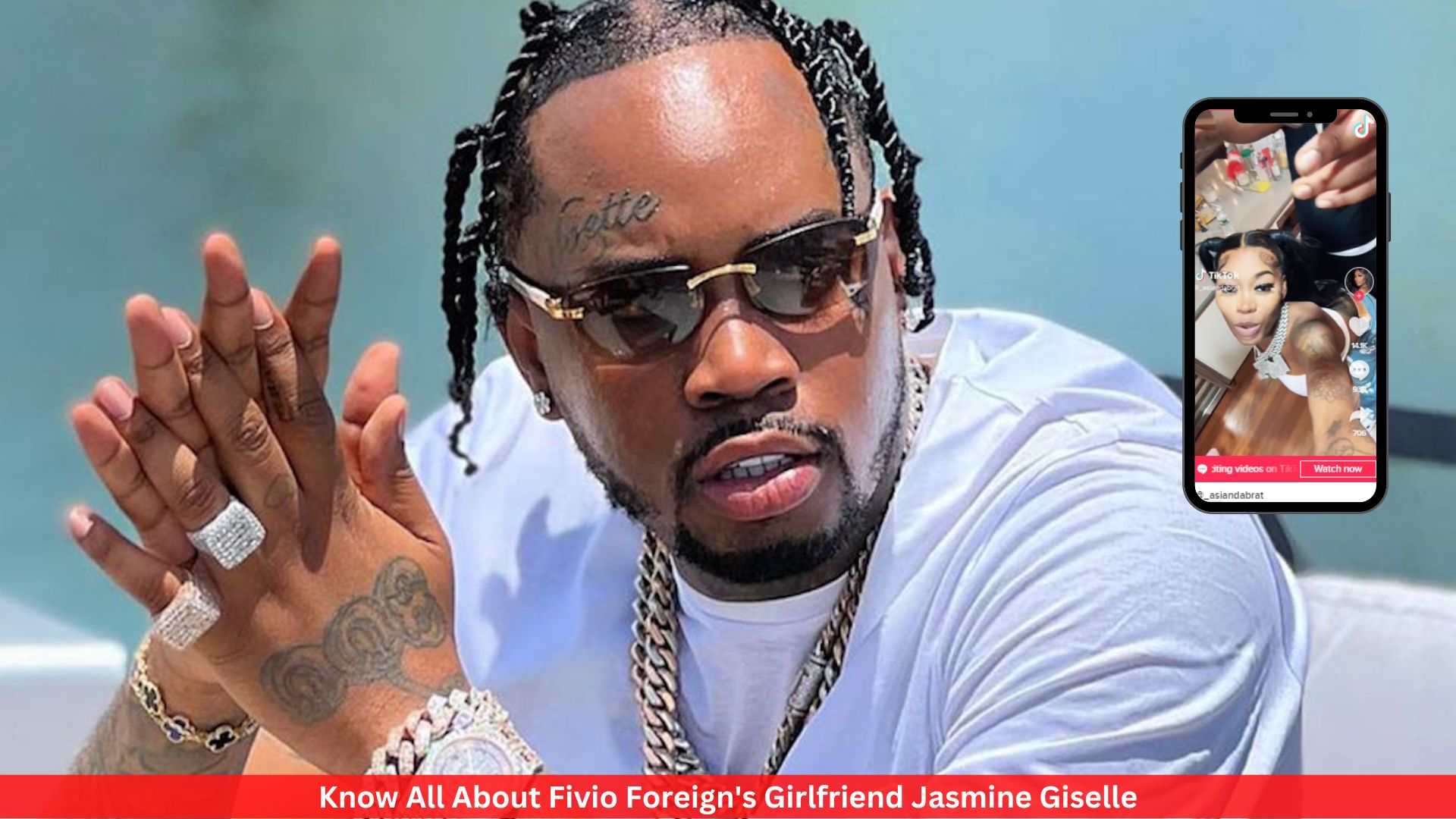 Jasmine Giselle, Fivio Foreign’s girlfriend, does not approve of the rapper’s new video featuring Asian Doll. After videos of Asian Doll twerking on her lover went viral on Instagram on Wednesday, she gave her opinion on the matter.

Fivo and Asian appear to be enjoying a small get-together in the short clip. They are dancing to the latest music from Ice Spice when Fivio walks up behind Asian as she makes a selfie video.

Not long after the post went live, Jasmine went on Instagram Live to call out the “Say My Name” singer for his behavior.

“Here with me, but posted up with Asian Doll,” she said in the Live as Fivio relaxed in the background. “This isn’t any revealing crap. We as a group. But he hasn’t told anyone we’re together.” In the video, Jasmine also spoke directly to Asian Doll. “We’re together, Asian Doll. Right here he is. Sick from going out with Asian Doll last night.”

Many readers have recently expressed interest in learning more about Fivio’s personal life, and this article aims to satisfy that interest by providing details on his relationship with his girlfriend.

After graduating from Northside Charter High School, she studied at Dickinson College and received her bachelor’s degree in 2000.

This is not the first time that a conflict has developed between Fivio Brown, his girlfriend Jasmine Giselle, and rapper Asian Doll

In 2022, after the Fivio/Asian scandal, Jasmine Giselle gained widespread attention. In case you missed it, on January 14 Asian Doll tweeted that she had been urged by the rapper to “show that pretty face” as they were hanging out in a bowling alley.

Fivio, meanwhile, flatly refuted the accusation. He responded to the tweet with a simple “Wtf, what kind of lie is dat?” She’s the homie, for sure, but I’ve gotta girl… you know I ain’t moving like that,” he added. Jasmine Giselle was the “girl” he had in mind.

As far as could be told from online forums, the vast majority supported Fivio. A contributor stated, “As for him, she was outed for lying, he retweeted, he got a girl, and he and Von created a song together. She has every reason to feel ashamed after mentioning his name.”

It wasn’t the first time Fivio’s name was mentioned in conjunction with Jasmine’s. She was a victim of domestic violence in an Edgewater apartment building in October of 2020, which also made headlines.
The “claimed victim” allegedly told police that Fivio punched her in the back of the head, kicked her, and beat her in the leg with a glass bottle.

She worked in sales for Ralph Lauren for a while before deciding to go out on her own.
Additionally, Jasmine was a stripper in the year 2016. Some of her professional endeavors at the time were even documented on her Facebook wall.