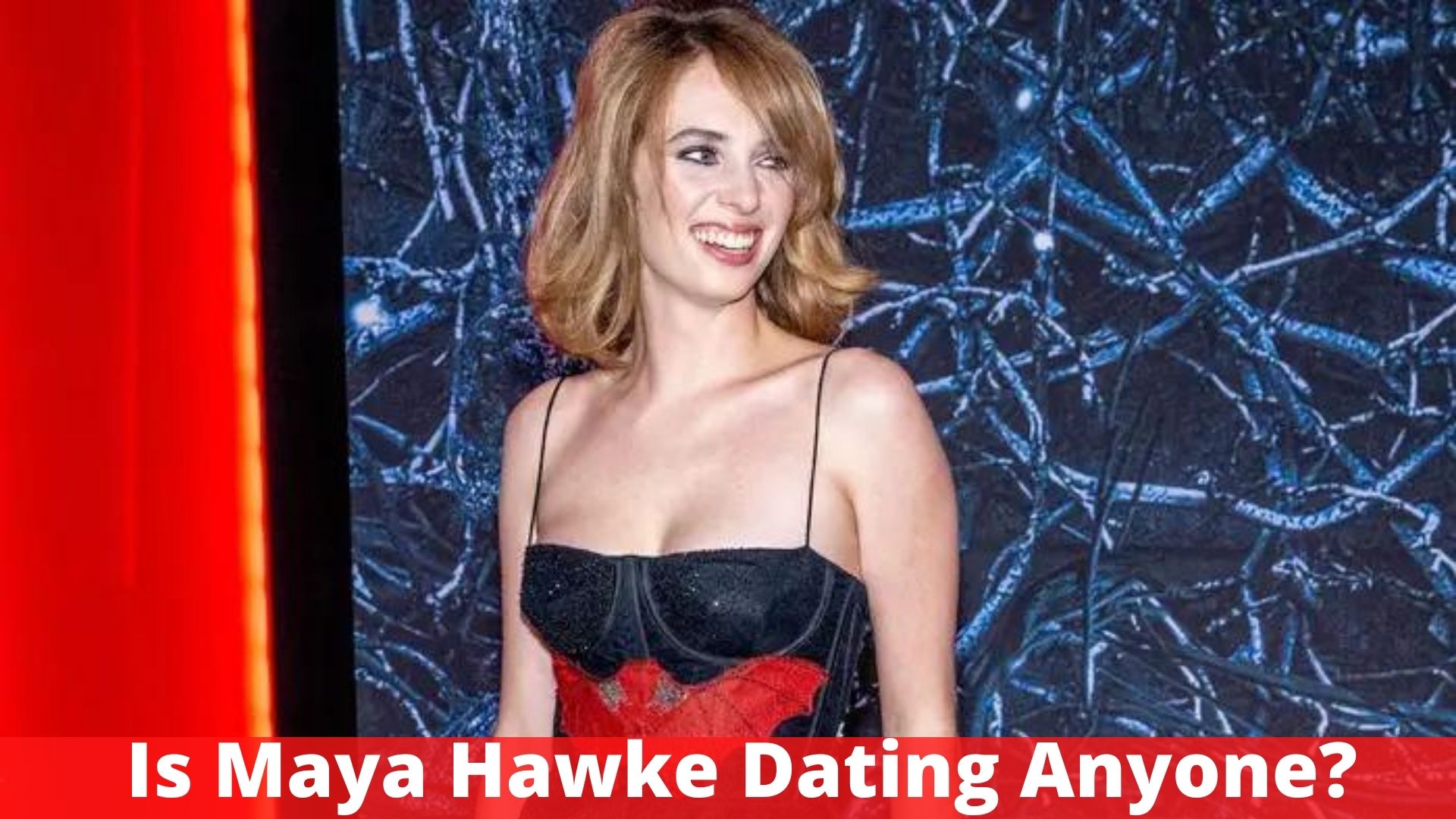 Actress Maya Hawke is one of Hollywood’s many rising talents. Maya Thurman is best known for her series regular role as Robin in Netflix’s Stranger Things. She is the daughter of actors Ethan Hawke and Uma Thurman. Maya is a 23-year-old actress who was born on July 8, 1998. She was born in the United States, in the city of New York.

Season 4 of Stranger Things is currently airing, and fans are eager to hear more about Maya’s personal life, especially if she is seeing anyone. Maya, unlike her lovelorn character on the show, does have a romantic interest in real life.

Who Is Maya Hawke Dating?

Maya, like many other celebrities, prefers to keep her personal life hidden from the public eye. She really can not help but show off some PDA with her boyfriend, Spencer Barnett, on February 14, 2022. The Daily Mail captured a few photographs of the couple kissing and having a good time as they strolled around the streets of New York City.

Maya began dating Tom Sturridge, the star of the film Sandman, in July 2020. This affair caused quite a stir due to their age difference Hawke was 22 and Sturridge was 35. The couple was frequently seen in New York City until early January 2022.

Prior to meeting Tom in February, Maya was said to be dating Rolling Stone President and Chief Operating Officer Gus Wenner. Maya posted a sweet Instagram photo of the couple together at the time, but fans soon realized that they were no longer together. She also hinted that references to her personal marital difficulties will appear on her new album, “Blush.”

Also Read: Is Bo Burnham And Lorene Scafaria Dating? Everything You Need To Know!

Spencer Barnett, a skilled pop singer/songwriter, made his debut in 2015 with cover songs before releasing his own single “Whatever” in 2017. Barnett was born in New York in 2002, the son of Shaklee Corporation CEO Roger Barnett and former Manhattan district attorney Sloan Barnett. He grew up in Manhattan and the San Francisco Bay Area.

He had always been interested in music and began creating his own songs in his early teens, influenced by artists such as Death Cab for Cutie, Bon Iver, and others. During this time, he met Stephan Jenkins, a close friend, and Third Eye Blind vocalist, who took him under his wing and assisted him with his songwriting.

Jenkins worked on an early covers EP with Barnett and invited him onstage for a number of appearances. Throughout the next three years, Barnett juggled academics, recording, and touring. The song was released in 2017.

Also Read: Who Is David Dobrik Dating? Everything We Know!

“Whenever” was the first song to be released, followed by “Cherry Lips.” In 2019, he made a comeback with the dramatic tracks “17” and “Reckless.”