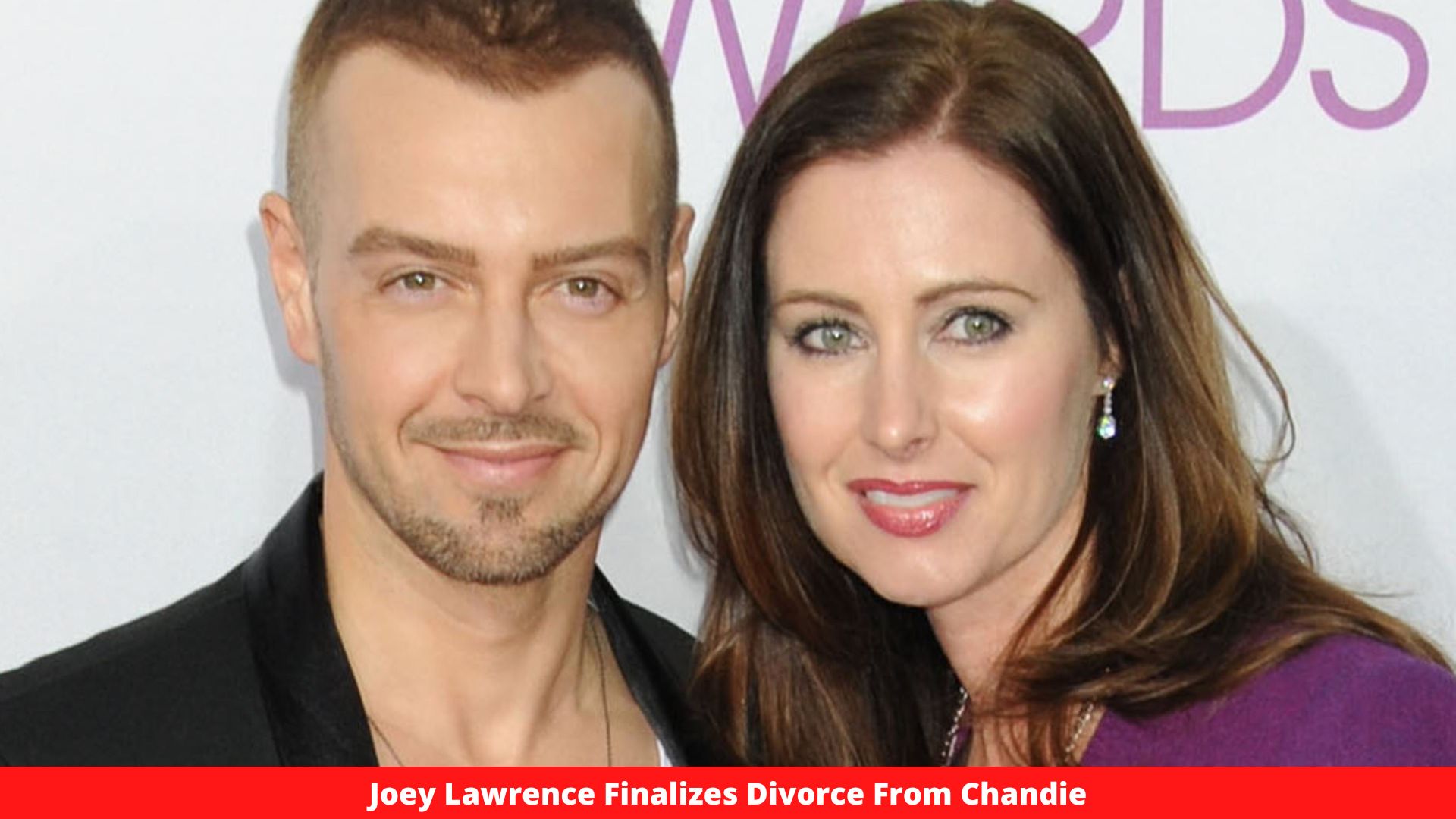 According to court documents obtained by The Blast, actor Joey Lawrence and his now-ex-wife Chandie Yawn-Nelson have finalized their divorce after two years of legal wrangling.

Lawrence and Chandie married in 2005, but divorced in July 2020, at the height of the COVID-19 pandemic.

Lawrence and Chandie’s divorce was accepted by the Superior Court of California County of Los Angeles on February 16 on the grounds of irreconcilable differences, according to court documents acquired by The Blast. Both parties have now reverted to being single.

Many facts of the process were kept under wraps, as with most celebrity divorce cases. However, according to the document, both parties voluntarily entered a private negotiation to resolve their respective property rights, financial concerns, and asset distribution, relinquishing their rights to a full evidentiary hearing.

On the Private Stipulated Judgement, issues such as asset and debt distribution, spouse and child support terms, waivers, and miscellaneous have been grouped.

The Public Stipulated Judgement included child custody. The “Brotherly Love” performer and his ex agreed on joint legal custody of their two minor children, Charleston Tatum, 15, and Liberty Grace, 11, according to the document.

Lawrence and Chandie are not allowed to make unilateral decisions about school enrollment, extracurricular activities, non-emergency medical treatment, passport issuance, or driver’s license issuance under the terms of the shared legal custody agreement.

The children’s country of habitual residence is recorded as California, and it cannot be changed under any circumstances. Furthermore, both parties have access to medical and school records, and either party can seek emergency medical care for the children without the consent of the other.

Physical custody and visitation schedule arrangements, on the other hand, were established under the Private Stipulated Judgement, which is not open to the public.

Lawrence and Chandie separated on July 14, 2020, and all income and profits earned after that date were declared separate property of the other under the rules of the Private Stipulated Judgement.

After 15 years of marriage, the “Blossom” star filed for divorce

Lawrence and Chandie were the first to report that they were splitting up. The actor was in charge of filing the dissolution of marriage petition.

It’s unclear whether the ex-couple signed a prenuptial agreement before marrying. Chandie is the 45-year-second old’s wife, and the two have been together since they were teenagers.

While on vacation in Disney World, they rekindled their love and married in July 2005. The couple, however, had problems during their marriage, particularly in 2018, when the actor filed for bankruptcy.

Lawrence appeared to have moved on and is currently dating actress Samantha Cope.

After meeting on the set of an upcoming Lifetime film directed by Lawrence’s brother, Andrew Lawrence, the couple became an item in 2020.

Lawrence proposed to Cope in August 2021, a year and a month after filing for divorce from Chandie, following roughly a year of dating. The star, gushing about their connection, said:

So we met there and out of nowhere, you know, it was a crazy year and a half for everybody. Then when you least expect it, amazing things happen, and meeting her has just really been the greatest thing ever.

Lawrence and Cope are now planning their wedding but haven’t revealed any specifics to the public. In terms of his children’s feelings for Cope, the “DWTS” star claims that the teenagers adore her. “They really like her,” he said.