Jovit Baldivino Passes Away At The Age Of 29! 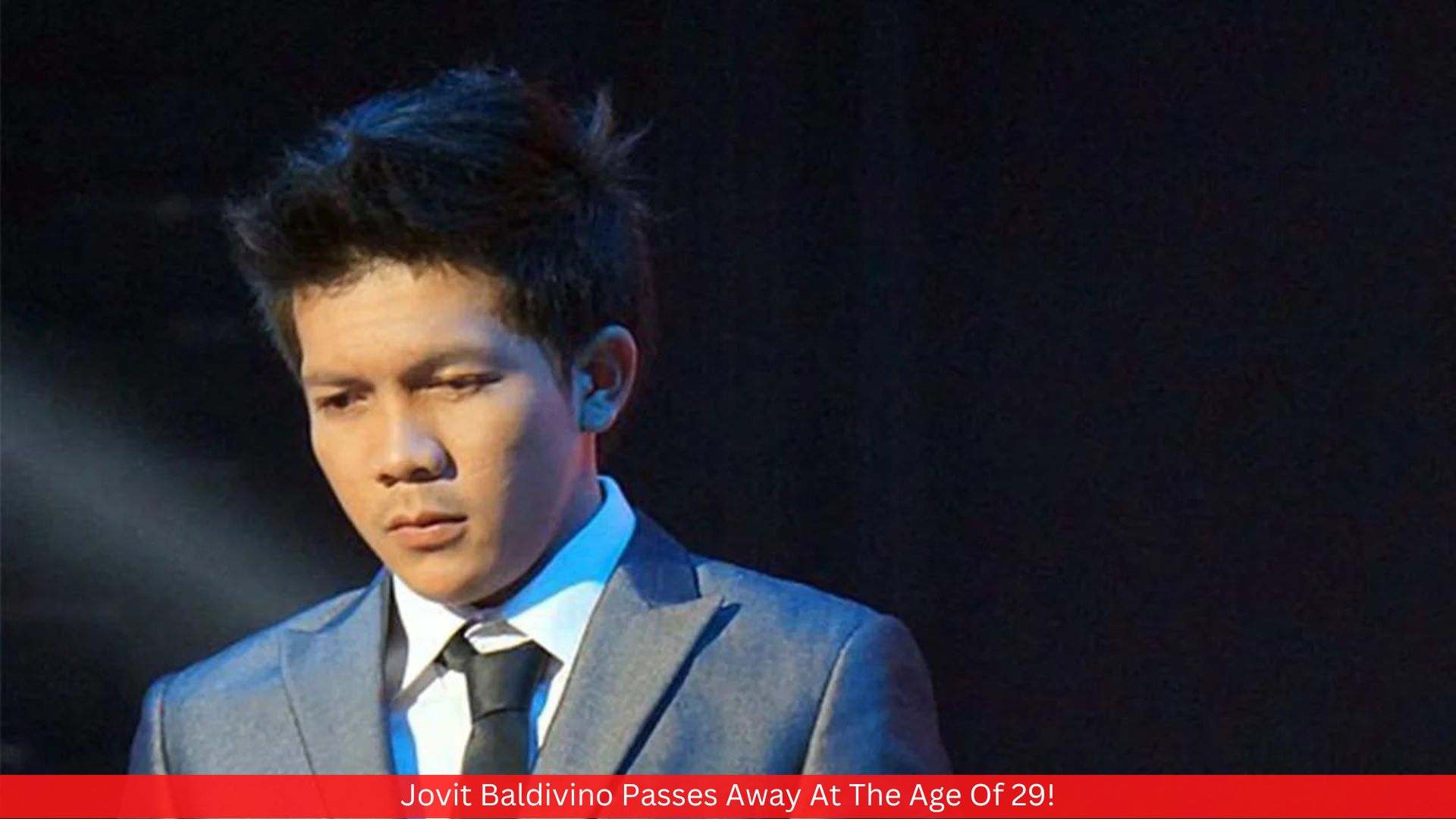 It is very sad that the Filipino singer who was so good that he had fans all over the world died at the age of 29.

Jovit Baldivino had been unconscious for a few days, and on December 9, 2022, at 4 a.m., doctors told his family that he had died. The world is completely confused by this sad news, so let’s take a close look at what really happened to this talented singer and why he died.

We all knew Jovit Baldivino, a handsome and lively Filipino singer and actor, so his sudden and untimely death has really shocked the world. Since the news got out, his friends and fans have been very upset by this shocking turn of events.

When we look at who he was, we see that Jovit Baldivino was the first person to win the very popular talent show Pilipinas Got Talent in 2010.

He was born in the suburbs of Batangas to a family that was not very good. Jovit Baldivino had to work hard to make a living. After school, he would sell siomai at a market because it was the only way for him to keep going to school and help his poor family.

He joined the first season of Philippines Got Talent because he wanted to help his poor family get out of poverty and keep studying. It might sound like a small amount, but at the time, Jovit Baldivino was sure that getting 2 million pesos as a prize from the show would make his dream come true.

So, between helping his poor family and going to school, he was able to go to Batangas State University and study criminology. Jovit Baldivino wanted to be a powerful lawyer like his uncle, so he went to law school.

Then, in early 2020, Jovit Baldivino released two singles called Pusong Bato and Ika’y Mahal Pa Rin, which were both big hits at the time. Soon, he became known and became one of the most interesting people in the business.

Also read: Who Is Marc Fogel? What Did He Do To Get Locked Up In Russia?

After the hit singles, they tried something new by mixing up K-pop songs like “Psycho” and “What is Love?” Ice cream, and Red Velvet, TWICE, Blackpink, and BTS performed “Dynamite.” Also, to make a big splash on social media, they released a remixed version of Justin Bieber’s Baby that mixed it with Ika’y Mahal Pa Rin. This song was a huge hit on social media.

Filipino netizens were mesmerized by this new riveting piece of work. Each of the songs by Jovit really made an impact, and the way the songs were mixed together made it funny.

Shara Chavez, who was engaged to Jovit Baldivino, was in a relationship with him, but things got so bad that they broke up when she saw him with another girl, whom she called “Homewrecker of the Year.” Also, the two people who broke up have a son together named Akeya, who was born in July 2016.

Death Cause Of Jovit Baldivino

Even though he was very talented, the fact that Jovit Baldivino died at the age of 29 is still sad news. So, according to reports, the amazing singer was in the ICU and later died of an aneurysm.

So, if we looked into it more, we could find out that one of the singer’s family friends asked him to sing at an event while he was recovering from acute hypertension and taking his medicines. His grieving family and fiancee Camille Ann Miguel told him that his doctors were very strict about him not singing while he was healing, so he just gave in to the crowd without caring about his health.

Jovit Baldivino sang three of his signature songs with so much passion that by the third one, he was really struggling for air. So, on December 3, 2022, an hour after his face was twisted and saliva was running down, he was rushed to the Nazareth of Jesus Hospital, which was the closest one.

Several tests were done, and the results of the CT scan, which showed a blood clot in the brain, shocked and confused his family. The blood clot was removed as soon as possible, around 2 a.m. on December 4. He was unconscious for the next five days. But sadly, he died on December 9, 2022, when he was only 29 years old and full of life.

When the news of the death got out, there were a lot of tributes. He was a great singer with very unique skills, and he was moving up in his career. But now, he had to leave all of his accomplishments in the middle of the way because he had to leave this world too soon.

His family, friends, and fiancee are all very sad and are having a hard time dealing with a situation they never saw coming. He had left his family in a deep forest where it was very quiet and they could no longer hear him sing or laugh.