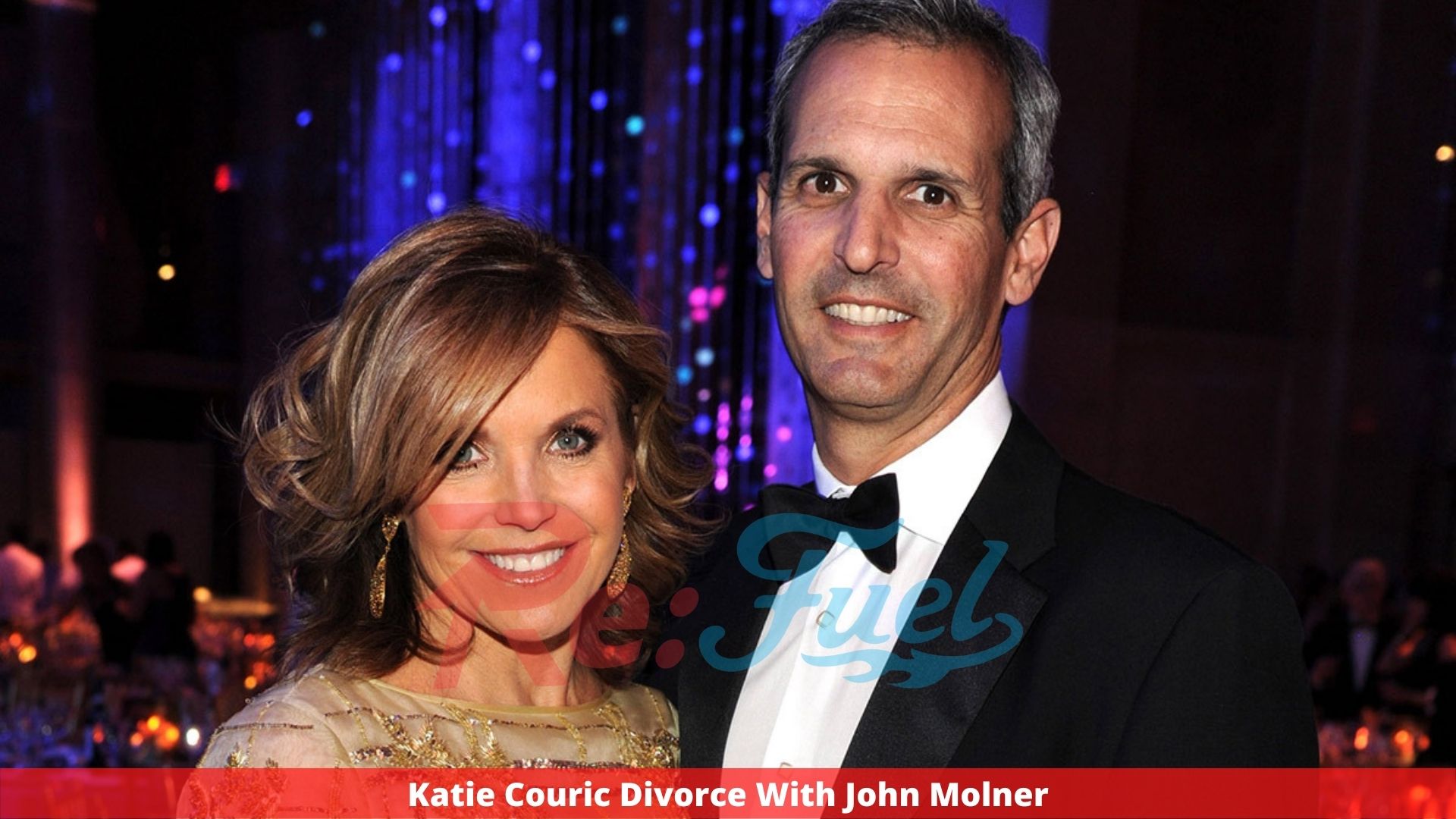 A succession of unfortunate occurrences led to the couple’s divorce after a 28-year marriage. That happened in 2004 when I was 51 years old. And, while it’s not uncommon for divorces to take a long time, I may have set a new standard: It would be another 16 years before my marriage was completely finished.

My brother, whom I cherished, was murdered in an accident in May 2002, which set off a chain of events. My mother was diagnosed with stage three ovarian cancer six months later. In May 2004, I had an ovarian cancer scare and had a hysterectomy. I drove to my hometown in West Virginia a week following the surgery to care for my mother, taking my seven-year-old daughter with me. My husband John Molner was unable to join us.

My mother and I had two relatively pleasant months together before she died in August, thanks to the grace of God. During that priceless time, Mom revealed that, despite being married to my father for nearly 40 years, she had never been “cherished” by a man.

She pleaded with me not to return to my spouse before she died. Because I understood what she’d been through, I knew her advice wouldn’t be taken lightly. It was almost as if she were granting me permission to try something new.

My husband did not visit us during my mother’s illness, and he also did not attend her funeral. Maybe I shouldn’t have been surprised when I got divorce papers on my mother’s front porch four days after we buried her, coupled with a restraining order prohibiting me from returning to our Ohio home. But I had to send our kid back to Ohio because attorneys informed me that if I didn’t, it would appear like I was kicking my daughter out of her school system, and it would be used against me.

The idea of having to give up my seven-year-old daughter was terrifying, and I didn’t trust my then-husband not to treat her the same way he had me. I got an apartment and returned to Ohio on the recommendation of my first attorney. Without ever meeting or speaking with me, the court granted my husband temporary but primary parental custody of my daughter, which I continue to doubt. The court ruled against me because he claimed desertion while I was caring for my mother.

I fought for my daughter’s return at multiple hearings. My husband and I were then given joint custody of her until she turned 15. He knew I really wanted her with me, and he used her as a pawn in the war. I had the sensation of shattered glass.

My spouse worked as a tenured university professor during the 16-year legal fight. He put off retiring for roughly five years in order to give me my marital part of his pension. I was a Ph.D. student working as a graduate assistant with a yearly income of around $8,000 when the legal challenges began. For the next three years, the court ordered him to pay me $300 in child support and $500 in alimony.

My husband, on the other hand, kept taking me back to court to fight the conditions of our separation in what he told me privately was an attempt to financially ruin me, which he eventually succeeded in doing in 2020 when we signed the final paperwork. Unfortunately, financial disaster remained a constant danger throughout the process, and by the conclusion, it had become a reality. For years, credit cards had been a lifeline. They were no longer a force to be reckoned with. By that time, I was fortunate enough to have a third attorney who took a personal interest in my case and fought as hard as she could for me. The compensation was greater than it would have been if it hadn’t been for her, but all those years of legal fees forced me to start over financially.

I’d never been in any sort of legal situation before – maybe a speeding ticket. The whole thing was terrifying, and my lack of knowledge was used against me. Now that I think about it, I’m not sure how the kids and I made it, but we did.

You might be asking how I ended myself married to someone who would abuse me like this, and why I never chose to divorce him. That can be explained in part by my history.

I grew raised in West Virginia’s southern mountains. It was lovely, and the people were nice and devoted, but Appalachian society was patriarchal at the time. I witnessed the same marital examples all around me, as men yelled orders and their wives jumped to keep the peace. I met my husband when I was 23, and we married after a year of dating.

Things began to shift swiftly. My husband never raised his voice, but his seclusion and passive-aggressive acts kept me under his control. He would completely ignore me for weeks at a time, and I had no idea what was bothering him. I was always the one to blame for my bad moods, which is a typical Appalachian female attitude. He was the only man I had ever been intimate with when I was so young. I was completely naive and unsure of what constitutes typical behavior in a marriage.

I realized something wasn’t quite right two months after the wedding. On our first Valentine’s Day as a married couple, he hurled a glass thermos at me, breaking it on the chair above my head, after a brief dispute.

My upbringing had taught me that I’d “made my bed, and now I had to lie in it,” and that leaving was not an option for a decent, strong, Godly woman. I promised myself that things would improve with time. Because I had always wished to be a mother, I convinced myself that once he became a father, he would change and become more communicative and loving. That the kids and I would work together to change him. We didn’t do it.

I knew my three children were observing my reactions to practically everything we went through during the divorce process. I needed to be brave, both for them and for myself. As a result, I returned to school and acquired a doctorate in education. While teaching at a small community college, it took me eight years to finish.

I’ve realized that with God’s support, I can be self-sufficient, and my spiritual faith and trust have risen in leaps and bounds. I know I’m a tough cookie. I don’t worry about the small stuff as much anymore since, in comparison to the past, practically everything seems minor. I don’t waste my time with people who claimed to be good friends before the divorce but were nowhere to be seen during the process. I sincerely value those who were present, and I will continue to value them in the future. “You don’t know how strong you can be until you have to be strong,” says a sign at my office, and that’s been my credo.

Because of that heartbreak, I’m a different person.

Is it possible for me to marry again? Living together meant getting married for women of my generation, and I still feel that pressure, despite the fact that rationality tells me I don’t have to. The financial threat, and the possibility that someone could jeopardize my stability again, are what I believe have held me back. I’d never be able to recover at this age.

That said, I’m currently in a relationship that feels quite new and different to me for the first time in my life. He’s a remarkable man I’ve known since elementary school, an elementary school friend who had a long and happy marriage before losing his wife to cancer several years ago. First and foremost, we have a strong friendship that feels natural and effortless! I don’t have to tread carefully any longer.

So, yes, even at the age of 68, I’m really considering a second marriage. After some professional counseling (which I would strongly recommend to anyone going through a divorce), I’ve realized that all of the males in my previous relationships had similar control issues. I believe I went with what I knew and misunderstood it for normal. My heart goes out to any women or men who have had similar situations since you don’t realize how odd and toxic the relationship is until you leave it.

My message to the next generation is this: If you think you can radically modify your spouse’s behavior, think again. What you marry is what you get, and this is just becoming more true as time passes. I had to learn the hard way, and I wouldn’t wish that experience on anyone. My hope is that women who follow me will have more options, be aware of the risks, and be able to defend themselves. If you’re reading this and considering marriage, you must ensure that communication with your partner is simple and consistent. Mutual respect is required. It sounds so simple.

My children suffered as a result of my error, and I was lost for 28 years. But I take solace in knowing that, even if I followed my mother’s lead, my daughter would never put up with what I went through.