Katie Maloney Is Rumored To Be Divorcing Tom Schwartz – Everything We Know! 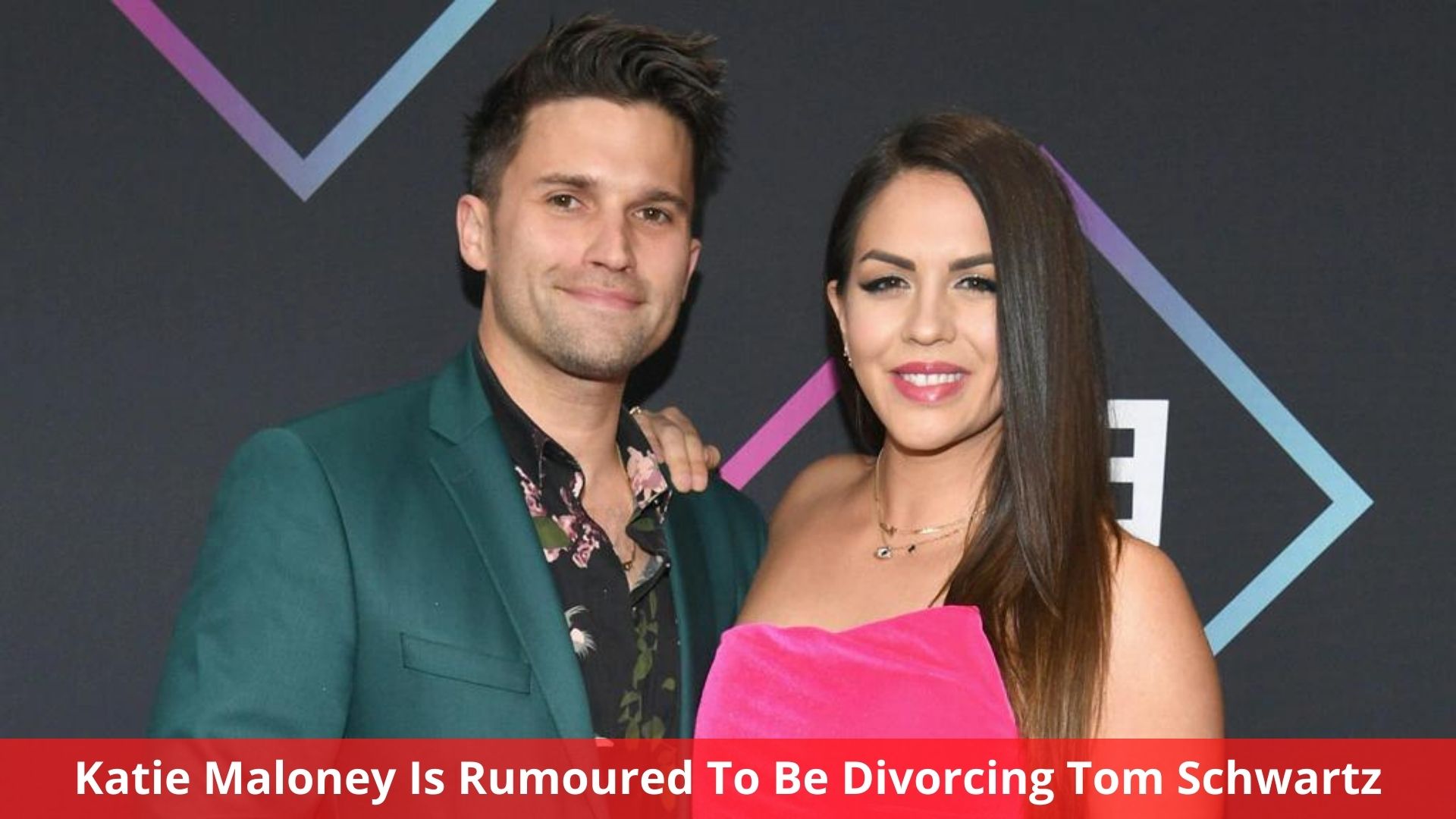 Katie Maloney’s divorce with Tom Schwartz is in the works, but it was her Vanderpump Rules co-star Lala Kent who recently “shut him out.”

On a recent episode of Watch What Happens Live, Lala stated as much, noting Tom’s recent hangout with her ex-fiancé Randall Emmett. Katie has now added her two cents to the conversation.

During an exclusive interview with E! News at the 2022 Neon Carnival, sponsored by DIRECTV, the Bravo star said, “That’s kind of her M.O. and I can’t fault her for that.” “I can’t blame her for feeling passionately about Randall and how things have gone down, and the person that he is, and how she doesn’t want him in her life.”

Katie stated that she “completely understands it.” After all, since Lala and Randall called off their engagement in October 2021, she’s accused him of cheating on her and created a “toxic atmosphere” for her and their 13-month-old daughter, Ocean, while they were still living together.

Katie added, “She has made it quite plain to all of us, and she has stated it clearly. So for somebody to take that and decide to continue a connection or relationship knowing…it is what it is…it is what it is.”

Katie hasn’t had to have the chat about Tom with her pals, thankfully. After being married for more than five years and together for twelve, the former couple announced their breakup on their Instagram sites in March.

Also Read: How Long Have Katie Thurston And John Hersey Been Dating? A Timeline From ‘The Bachelorette’ And Beyond!

Katie explained, “Nothing has changed.” “I understand that when there’s a huge split or divorce, it can be messy, and it’s still complicated, but it hasn’t had too much of an impact on our friends or anything like that.”

Not even when it comes to Ariana Madix, Tom’s best buddy Tom Sandoval’s longtime girlfriend. In fact, they’re still planning to build a sandwich store together.

Katie stated, “I enjoy our friendship.” “It’s still the same, and obviously, planning our sandwich store has thickened and richened our bond in that way because we’re going into business together. That’s a lot more than just hanging out.”

Katie Maloney admitted to Page Six exclusively in January that her marriage to Tom Schwartz was “not great,” months before rumors of a split began to swirl online.

“Of course, none of us is perfect.” We have a lot of squabbles.” “We don’t try to hide our flaws,” the “Vanderpump Rules” star said, referring to her on-again, off-again relationship with Schwartz, which has been well-documented on Bravo.

She went on to note that the couple’s devotion to sharing the good, the bad, and the ugly of their home life has been “very beneficial” to their relationship’s durability.

Maloney, 35, and Schwartz, 39, married in 2019 after dating for nearly a decade – two years after a wedding ceremony shown on “Pump Rules” that was not legally binding.

“When individuals attempt to appear like they have a great relationship, that’s when things may kind of break apart because it can be difficult to keep it up,” the “You’re Gonna Love Me” podcast host stated in her interview with Page Six.

“Because we’re not afraid to say what we’re thinking… we’re living the truth.”

Stream prior seasons of Vanderpump Rules on Peacock to see more of the cast.