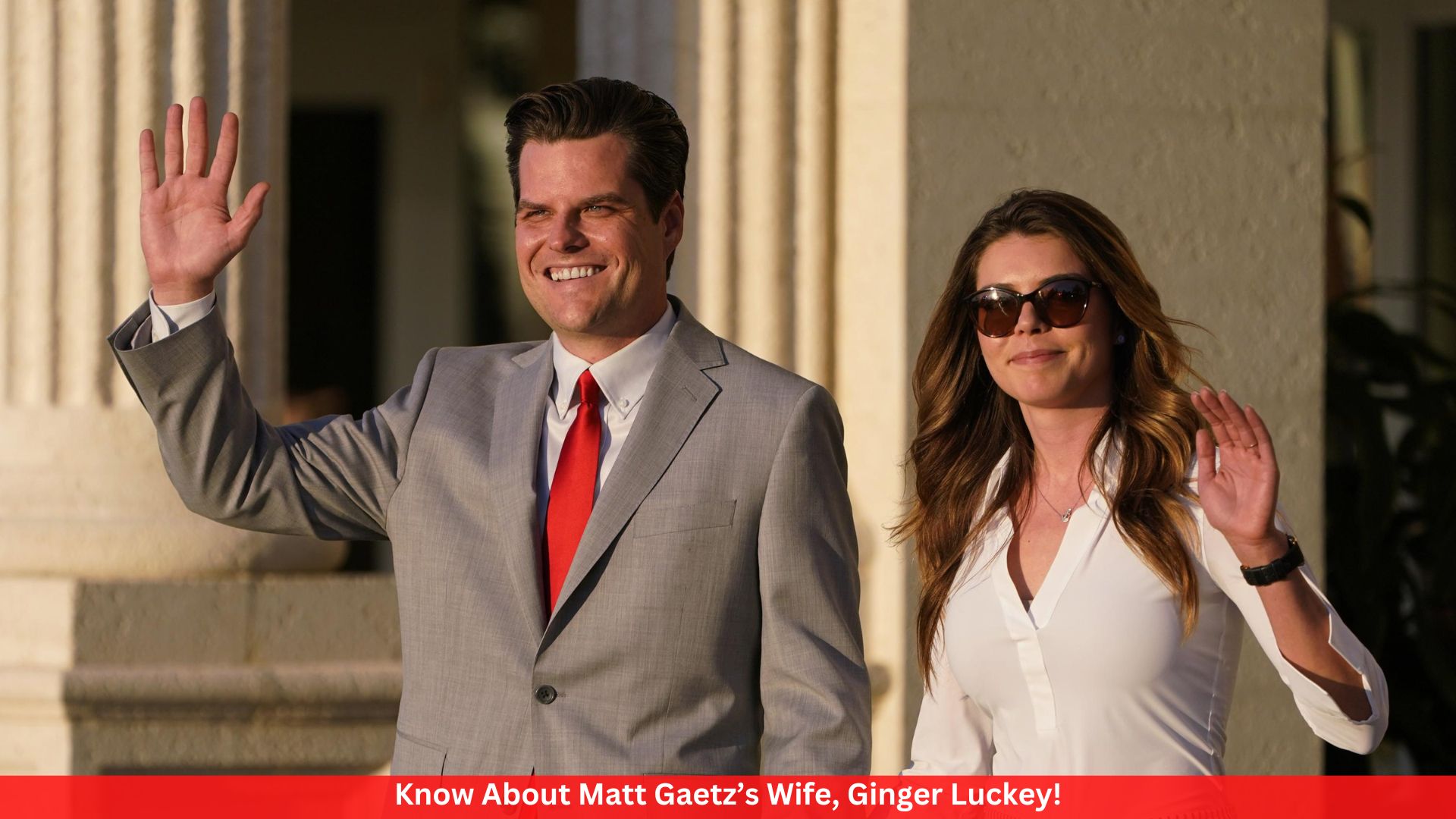 Rep. Matt Gaetz (R-Fla.) wrote to the Architect of the Capitol on Tuesday to ask why House Speaker candidate Kevin McCarthy (R-Calif.) was already in the Speaker’s office in the middle of a fight within his own party over the House’s top leadership position. McCarthy did not get enough votes to become the next House Speaker in a series of votes in the U.S. House of Representatives.

Gaetz wrote in the letter that Rep. Kevin McCarthy is currently working in the Speaker of the House Office at the United States Capitol Building. The controversial Republican, who is 40 years old, has been in the news before. In 2021, he announced on Twitter that he will get married. He is being looked into for sex trafficking at the moment.

In this post, we’ll talk about Matt Gaetz’s relationships and tell you everything there is to know about his wife, Ginger Luckey.

People have talked about U.S. Representative Matt Gaetz and his wife Ginger Luckey since they ran away to Southern California and got married in a small ceremony on Catalina Island in August. Vanity Fair says that the ceremony was led by Sergio Gor, who used to work for Rand Paul.

Gaetz is being investigated for allegedly having a relationship with a 17-year-old girl, which made the news of their marriage even more surprising. Ginger Luckey is from Long Beach, California, and she goes to Harvard Business School Online. The 26-year-old works for a company whose main goal is to make things made from plants last longer.

Palmer Luckey, Ginger’s brother, started Oculus VR. Gaetz has called Luckey his “travel buddy,” and since they got married, the two have been living out of suitcases.

The couple’s quick relationship has been talked about and debated, especially since Gaetz is still being investigated. Even though there has been a lot of talk about them, they seem to be very in love and set on staying together. They’ve put a lot of happy photos of themselves as newlyweds on social media, with captions like “Sunday Mood” and “Happy #SaturdayMorning.” Gaetz even changed “happy husband” to his Twitter bio.

Several people close to Gaetz thought it was strange that he got engaged and married just a few months before his iPhone was taken by the government in December. In December, Luckey told the Daily Mail that the wedding would happen “anytime between now and 2024” and that the couple was “flexible” about the date.

People started making fun of them as soon as they ran away together. They posted news clips about the scandal that caught Gaetz. Sean Spicer and other national Republicans have come to Gaetz’s defense, saying that it is “very cynical” to judge someone based on their personal life and family life. Gaetz’s favorite TV station, Fox News, has ignored him, so he has been speaking with Rep. Marjorie Taylor Greene of Georgia and putting out his own podcast instead.

He has also used campaign money to pay a criminal defense lawyer, a public relations firm that specializes in crisis communications, and a consulting firm run by Roger Stone, who worked for Trump in the past. Matt Gaetz and Ginger Luckey don’t know what the future holds for them, but it’s clear that they are ready to face whatever comes their way together. Their relationship shows how strong love can be and shows us all that true love can win even when things don’t go as planned.