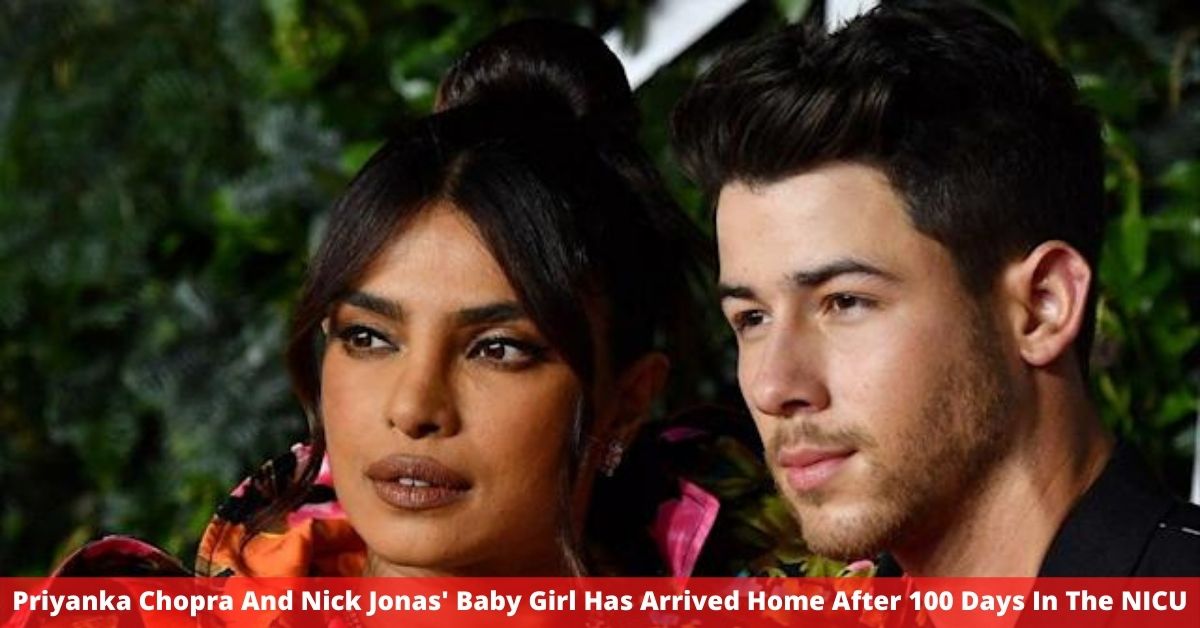 On Sunday, May 8, 2022, Priyanka Chopra Jonas, star of The Matrix Resurrections, revealed on Instagram that her baby girl, Malti Marie, had been released from the hospital. On Jan. 15, 2022, Priyanka and her three-year-husband Nick Jonas welcomed Malti Marie via surrogate. The baby was born 12 weeks early and spent the first 100 days of his life in the Neonatal Intensive Care Unit.

On December 1, 2018, Priyanka and Nick tied the knot. Before welcoming Malti Marie in January 2022, they discussed their desire to start a family on several times.

Priyanka told Vanity Fair, “[Kids] are a significant part of our aspirations for the future.” “By God’s grace, things happen when they happen.” I’ve always been a workaholic. The next job has always been my first priority. I’m a person with a lot of ambition. But I believe the lady in me yearns for balance.”

Priyanka said in the same interview that she and Nick have busy schedules, which makes child-rearing difficult. Some fans believe they chose to have the baby through a surrogate because it was more convenient.

Also read: Who Is Ncuti Gatwa Dating? Complete Relationship Info And Net Worth!

The celebrities have been candid about the difficulties they faced after the birth of their child. However, they did not provide many specifics about the surrogacy. It’s unclear why they decided to use a surrogate to give birth.

Malti Marie, the first child of Priyanka Chopra Jonas and Nick Jonas, was born at only 27 weeks.
On January 21, 2022, Priyanka announced the birth of her first daughter on Instagram. “We are pleased to announce that we have welcomed a surrogate baby into our family.” Priyanka wrote, “We humbly want privacy during this unique time as we focus on our family.”

Malti Marie was born in a San Diego, California hospital. Priyanka later got treatment at the Rady Children’s Hospital in La Jolla, Calif., and the Cedars-Sinai Medical Center in Los Angeles, as she revealed on Instagram on Sunday, May 8, 2022.

“Our darling baby is finally home after 100 + days in the NICU,” Priyanka said on Instagram. “While ours was a difficult few months, it became clearly evident in retrospect how precious and exquisite every moment is.”

“We are happy that our little girl is finally home, and we want to express our gratitude to every doctor, nurse, and specialist at Rady Children’s La Jolla and Cedar Sinai, Los Angeles, who were there selflessly every step of the way,” she said. “Our next chapter is about to begin, and our baby is a true badass.”

Priyanka and Nick recently welcomed their first child, but they have kept up their work schedules.

According to IMDb, Priyanka is working on five projects, including an adventure film called Cowboy Ninja Viking and a television series called Citadel. Nick, on the other hand, has a role in Jersey Boys LIVE as Frankie Valli.