Quiteria Kekana, the celebrity fashion designer who dressed Beyonce, died at the age of 38 after a cancer struggle 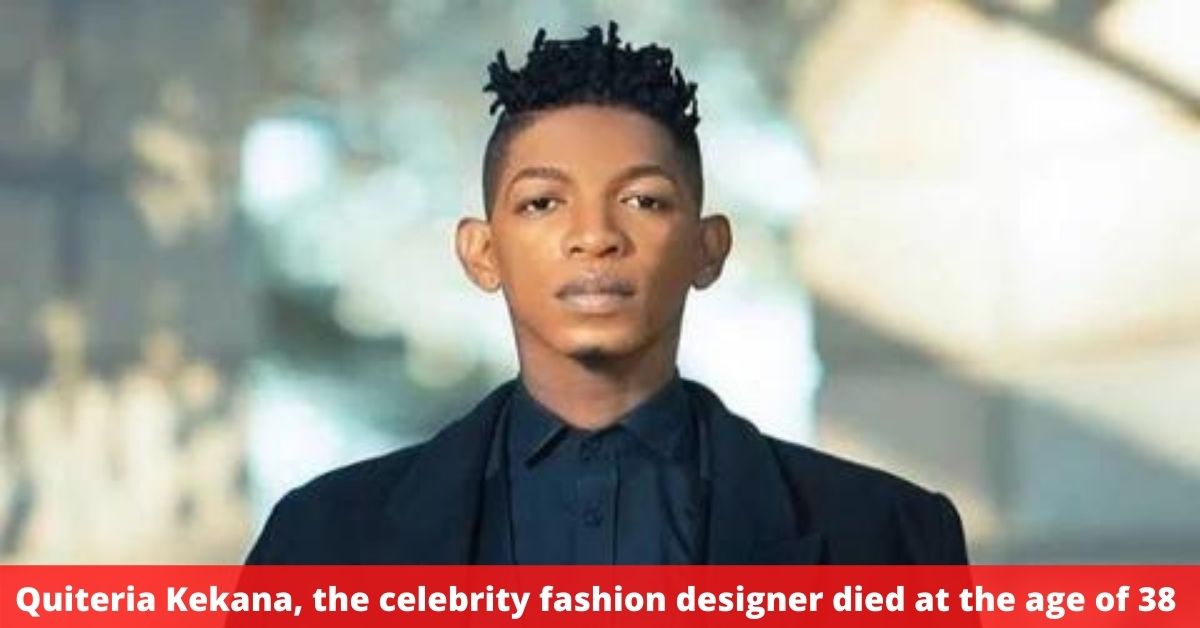 Quiteria, the celebrity fashion designer who dressed Beyoncé, died at the age of 38 after a brief fight with cancer.

He died on Sunday at his Johannesburg home, according to his family.

In the year 2021, the fashion icon was diagnosed with multiple myeloma.

When he died, the 38-year-old was thought to be on the mend and beginning the second phase of chemotherapy.

“The Kekana family is grateful for all of the personal words of love and support that have been received thus far.”

Quiteria’s burial arrangements will be publicized in due time.

Also Read: Cristiano Ronaldo Reveals The Death Of 1 Of His Twin Babies And Requests Privacy In An Emotional Note

Quiteria is survived by a kid and a pet.

His family has asked for privacy as they deal with the tragedy.

The fashion designer, who just returned to South Africa, told Drum magazine that he would be able to overcome his sickness.

“It’s one of the most difficult decisions I’ve ever had to make,” he added, “but in order for me to recuperate, I wanted to be in a place where I felt loved and there was no judgement.”

Quiteria stated that he returned to South Africa due to the exorbitant expenditures of his cancer treatment.

He told the magazine, “The expenditures of good health care put a lot of financial burden on my firm.”

“After the impacts of Covid-19, I didn’t want to lose any more personnel. So, as I work to get my health under control, I’ve kept the studio open and let the staff to continue serving our clients.”

To make ends meet, the single father sold some of his belongings and enlisted the support of close friends to pay his medical expenditures.

“It’s been difficult, but I’m confident that I’ll recover and continue to create lovely clothing. I’m going to win this. I’ve overcome practically every challenge in the past “he stated

According to Sowetan Live, Quiteria gained his fame in his previous partnership with Geroge, dubbed Quitera & George.

He’s dressed a slew of superstars and beauty queens, including Beyoncé for the 2019 Global Citizen Concert.

In the comments section of his most recent Instagram picture, fans paid tribute to the hero, with one user writing: ‘Rest in peace.’ Thank you so much for your beautiful works.’

Another commented, saying, “Amazing designer and a huge loss.”

‘Rest well, King,’ one follower said. ‘May the Lord accept you in his kingdom.’

‘Rest in fashionable power,’ a user on Instagram added.