Is Travis Scott ready to be the Headliner for a Music Festival in 2022? 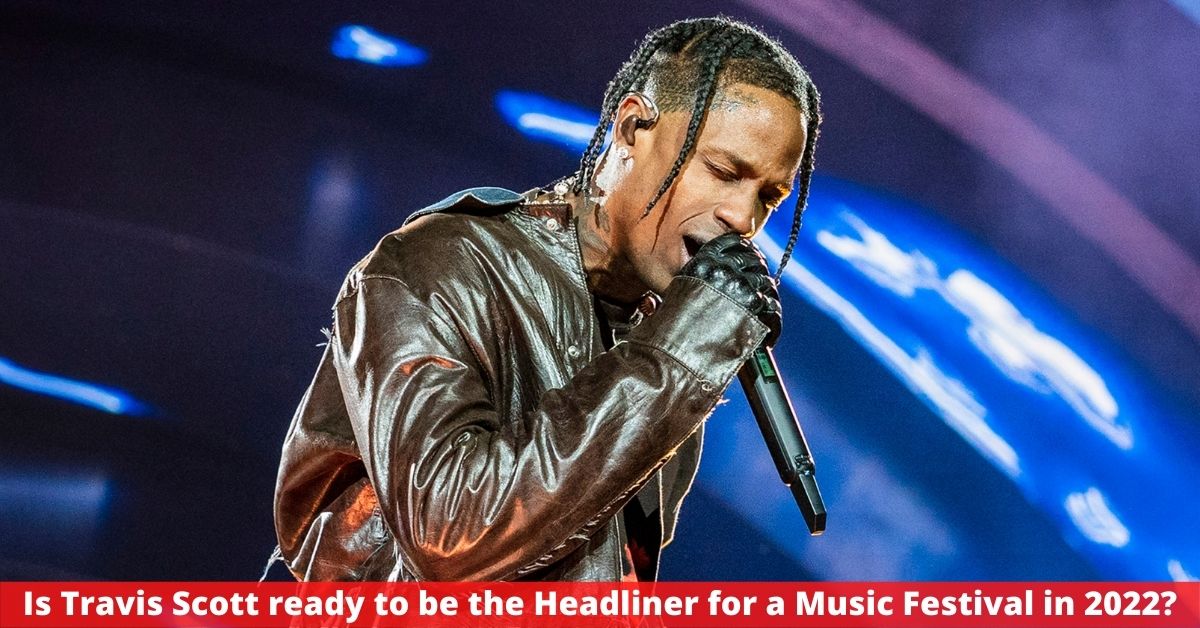 For millions of individuals, the November 2021 Astroworld disaster feels like it occurred yesterday. The tragic event resulted in the deaths of ten people due to compressive asphyxia. People were being stomped and/or choked to death, in other words.

Many people assumed that this would be the end of Travis Scott’s music career, but it turns out that he is far from done performing on stage. His admirers may be interested in learning more about a future event.

Yes, the Primavera Sound Festival in 2022 will be headlined by Travis Scott

Travis will be the headlining act at the Primavera Sound Festival in So Paulo, Brazil. The date has been selected for Nov. 6, 2022, which is one day after the Astroworld concert’s one-year anniversary. This isn’t the only festival Travis will be performing at in 2022, according to Rolling Stone.

Travis will be performing at other events this summer, and fans should expect to hear about it. Travis was eliminated from the Coachella music event in December 2021, and he also pulled out of the Day N Vegas festival in November. Instead, Post Malone took the stage as the main attraction. For fans who are eager to see Travis return to the stage in 2022, things will be considerably different.

Also Read: Elon Musk To AOC – ‘Stop Hitting On Me’ After Criticism Over Twitter Deal

Travis has only posted five times on Instagram since the Astroworld disaster. One of his blog postings is on Project HEAL. The foundation was founded as a method for Travis to put his talents and influence to work in order to make a meaningful difference in terms of concert, performance, and venue safety.

According to his caption, “Giving back and creating opportunities for the youth is something I’ve always done and will continue to do as long as I have the chance. This program will be a catalyst to real change, and I can’t wait to introduce the rest of the technology and ideas we’ve been working on.”

The post has gotten a lot of favorable feedback thus far, with nearly 1.5 million likes. He’s back together with Kylie Jenner (after an on-again, off-again relationship that began in 2017), and they just welcomed their second kid into the world in February 2022. Being in a relationship with someone as high-profile as Kylie means Travis will likely be scrutinized more while he goes about his business.

Also Read: Who Is Plaxico Burress? What Is His Net Worth?

Will Travis Scott make an appearance on Hulu’s ‘The Kardashians’?

There are a couple contradicting stories about whether Travis will appear on Hulu’s The Kardashians. Despite the fact that he is due to participate in the series with Kylie, he skipped the premiere, according to Hollywood Life.

According to Express, allegations about his sequences being cut began to circulate before a Kardashian spokeswoman stated that the claims were “completely incorrect.” Only three episodes of The Kardashians have aired on Hulu as of right now, so only time will tell if Travis will feature in any future episodes.