Who Is Bobby Wooten III – New Boyfriend Of Katie Holmes 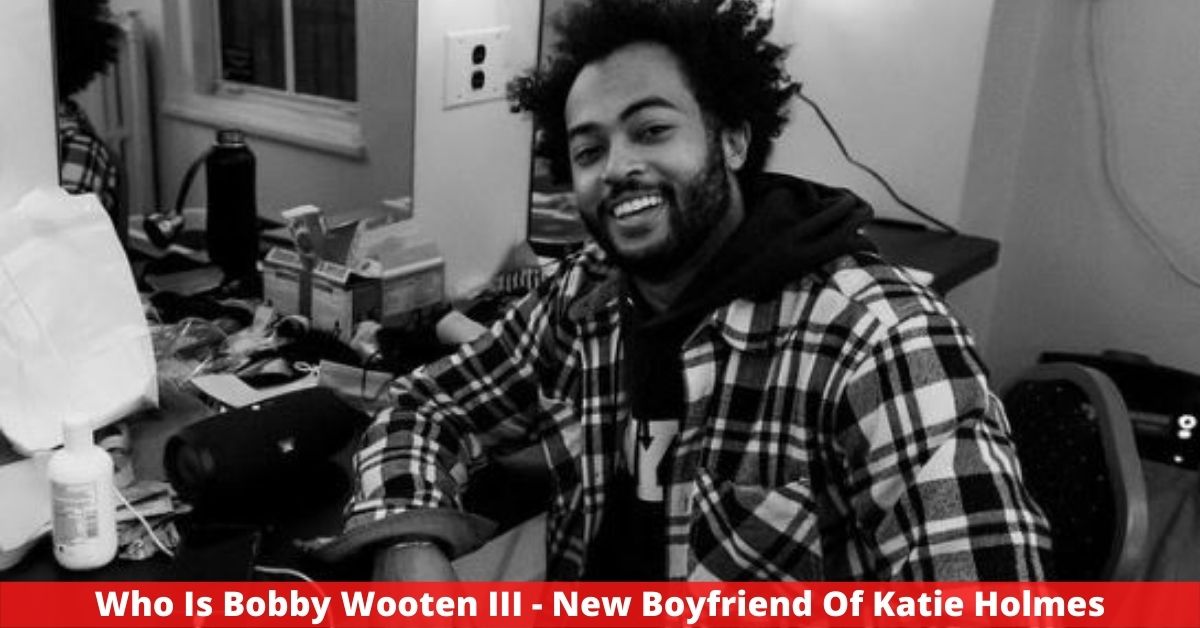 Katie Holmes has a new boyfriend. On April 29, People magazine published a number of exclusive images of Holmes and musician Bobby Wooten III strolling around Central Park in New York City. Holmes looked cheerful and comfortable with a white T-shirt underneath matching oversized overalls and a teal cardigan, with her hair up in a sloppy bun. Wooten wears blue sweatpants, a gray button-down, and a blue blazer, all of which are equally comfortable. The couple holds hands and kisses in the images, in their semi-coordinated outfits, which include matching white sneakers.

Who Is Bobby Wooten III?

Bobby has been nominated for a Grammy for his work as a composer, producer, and instrumentalist. He was born and nurtured in the city of Chicago, Illinois.

Bobby was educated to the art of music at an early age, and it was then that he realized his love for it. The singer also credited his family’s gospel Wooten Choral Ensemble as his primary source of inspiration, which enabled him to pursue his dreams.

While Bobby made news after being photographed with Katie, the musician has worked with and socialized with a number of A-list celebrities. Artists like as David Byrne, Jennifer Lopez, Mac Miller, Jennifer Hudson, Rick Ross, and others have collaborated with him.

Also Read: Who Was Paul Allen’s Girlfriend? Everything We Know!

Meanwhile, the Empire TV series, Machine Gun Kelly, almondmilkhoney, Jake Troth, ESPN, Nike, Google, and others are among his production and composition credentials.

Katie and Bobby’s relationship had remained a closely guarded secret until now. Katie and Bobby appeared joyful as they went hand-in-hand in the images taken by People.

Though it’s unknown when the couple started dating, it looks to be serious enough for them to meet their parents. Wooten may be seen hugging Holmes’ mother, Kathy Stothers-Holmes, in one photo.

At the same moment, they exchanged a beautiful kiss while strolling through the park. Bobby, unlike Katie, who is quite active on social media with over 2 million followers, keeps a quiet profile.

Bobby’s Instagram account has over 11k followers, and he frequently posts photographs and snippets from his business life while only sharing little portions of his personal life. Neither of them has released a photo of themselves together as of yet.

Past Relationships Of Katie Holmes

Katie Holmes, 43, was married to Tom Cruise from 2006 to 2012 and has a 16-year-old daughter, Suri Cruise. Holmes was linked to Jamie Foxx for over six years before allegedly divorcing in 2019. Foxx was photographed with another lady in August of that year, months after the couple apparently broke up. According to a Page Six article, Holmes was overheard telling a pal, “What Jamie does is his business—we haven’t been together for months.”

Also Read: Who Is Sam Howell’s Girlfriend? Everything We Know!

Following that, from September 2020 until May 2021, Holmes dated Emilio Vitolo Jr. “It was fantastic while it lasted, but they’re in quite different stages of their lives now.” In May 2021, a source informed People, “Emilio has no bitter feelings.” Meanwhile, a Dawson’s Creek spokesman informed Us Weekly that the two “still friends.”