Who Is Byron Donalds’ Wife? Know About Erika Donalds! 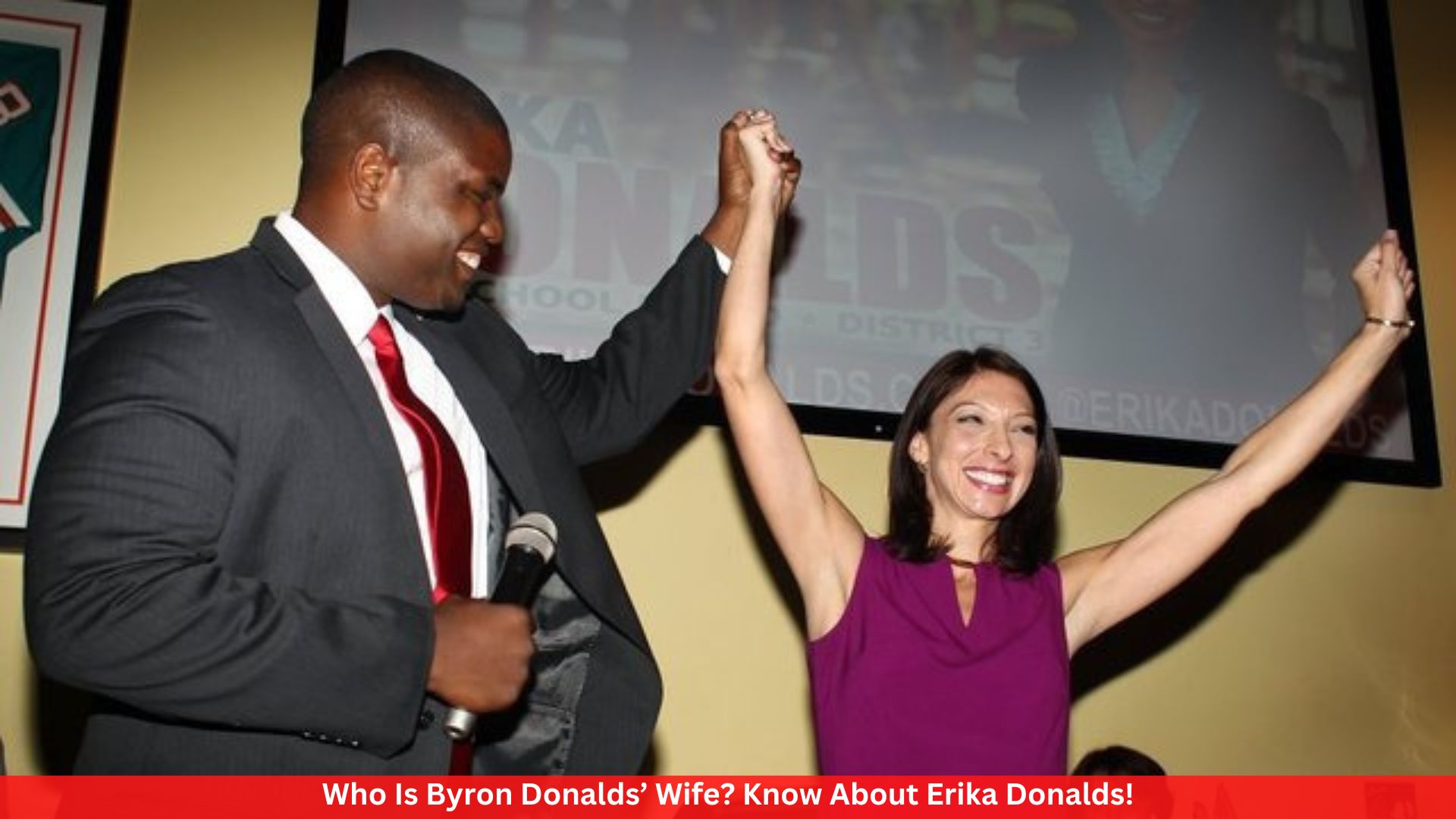 A group of hard-line conservatives who want to stop GOP leader Kevin McCarthy from becoming House speaker named Byron Donalds, a freshman from Florida, as the latest spoiler candidate for the job on Wednesday.

Kevin McCarthy’s main Republican opponent is now Byron Donalds, so we take a closer look at his love life and find out more about his wife, Erika Donalds, whose name is now being looked up a lot on Google. Keep reading to learn more.

Byron Lowell Donalds is an American politician and businessman. He is married to Erika Donalds. She started and runs Optima Foundation, a non-profit that works to give more students and their families access to high-quality classical education options based on virtue.

She has an accounting degree from Florida State University and a master’s degree in accounting from Florida Atlantic University. Donalds was a partner at the New York investment firm Dalton, Greiner, Hartman, Maher & Co., LLC, where he was in charge of accounting and a partner (DGHM). She was a very involved member of the Republican Women’s Club of Naples and the Collier County Republican Executive Committee. Erika Donalds was on the county school board from 2014 to 2018.

Since she left the school board, the top Republicans in the state have given Erika Donalds a number of important jobs. In 2017, she was picked for the Constitutional Revision Commission. This group gets together every 20 years to talk about how the state Constitution could be changed. And in 2022, DeSantis put Erika Donalds on Florida Gulf Coast University’s board of trustees.

Also read: What Is Alix Earle’s Net Worth? Complete Details!

Donalds and his wife, Erika, have three sons together. They live in Naples, which is in Florida. Byron stays out of the public eye when it comes to his personal life. His wife, on the other hand, often posts photos of their kids and family.

As the historic sixth vote for speaker of the U.S. House of Representatives went on, a Republican lawmaker from Florida found himself in the middle of a political firestorm.

Byron Donalds will be the U.S. representative for a district in Southwest Florida that goes from Fort Myers to Marco Island. He was re-elected to Congress in November of last year.

And as of Wednesday, he was Rep.-elect Kevin McCarthy’s biggest opponent in his bid to be speaker of the House. During the fourth, fifth, and sixth rounds of voting for speaker of the U.S. House, at least 20 of Donald’s very conservative Republican colleagues chose him over McCarthy, R-Calif., the longtime leader of the party in the House.

He is one of the Republicans’ rising stars.

Donalds is 44 years old and is a conservative who says what he thinks. He is a loud supporter of both Gov. Ron DeSantis and former President Donald Trump, and he often shows up at events with both of them.

As a lawmaker, he has tried to get a name for himself as a person who cares about the environment. At least two of the bills he has sponsored in the U.S. House are meant to protect communities from “harmful algal blooms.” Reports say that when Donalds was a state representative, he helped pass a law that changed how the criminal justice system works by raising the amount of stolen money from $300 to $700 before it is considered a felony. He is a Black lawmaker who supports law enforcement and doesn’t want so-called “critical race theory” taught in schools.