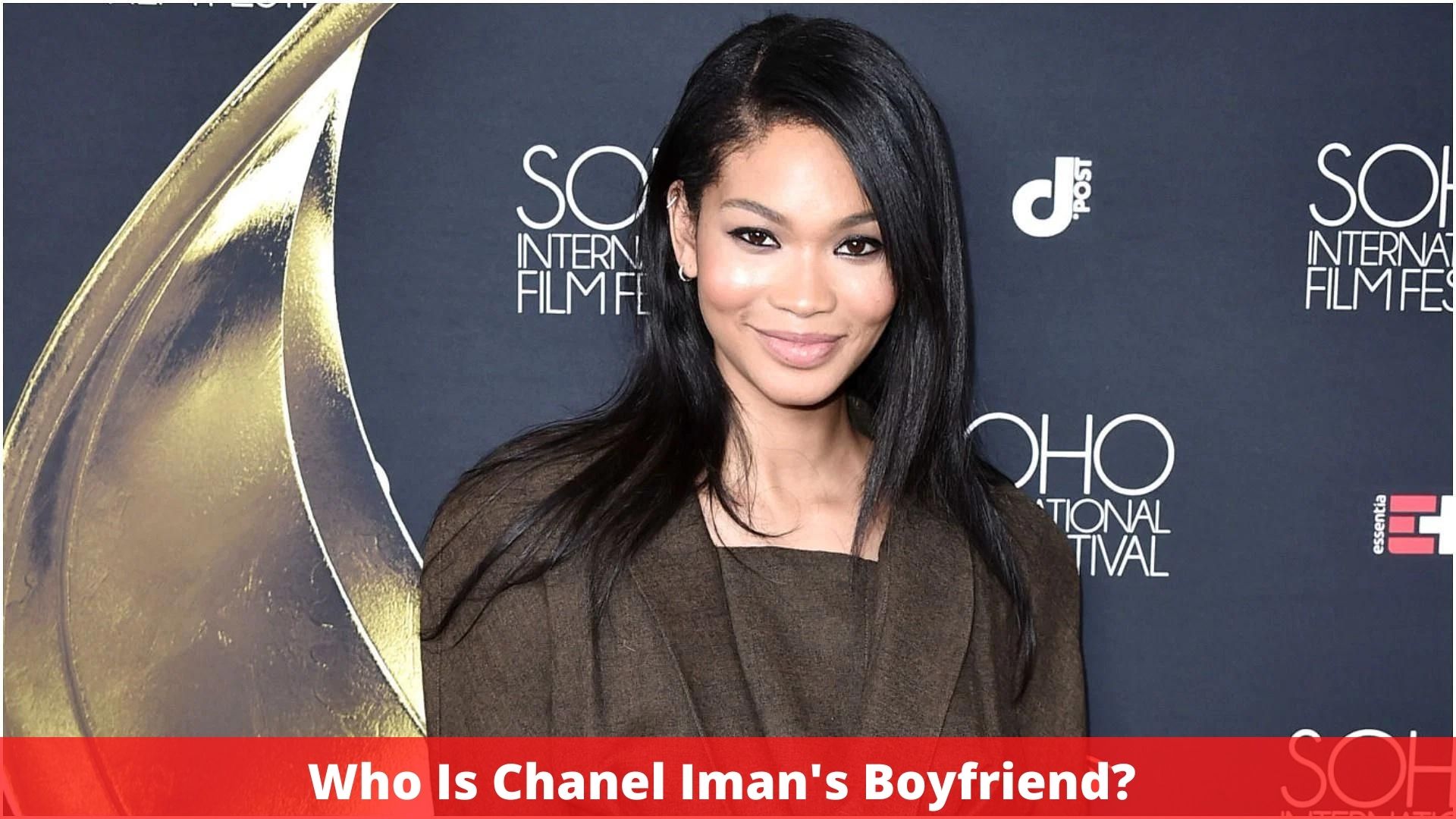 Chanel Iman is a model from the United States. Iman is most recognised for her work with Victoria’s Secret, where she is one of the company’s “Angels.” Various media publications regarded her as one of the world’s top models during the 2000s.

Who Is Chanel Iman’s Boyfriend?

Chanel Iman is no longer single. While she isn’t officially divorced from Sterling Shepard, the model has reportedly found a new boyfriend and has no intention of keeping it a secret. The model-turned-actress has just revealed her new boyfriend on her Instagram profile.

Chanel came to Instagram on Sunday, April 17 to share a photo of herself packing her PDA with her new man. She appeared joyful in the photo as the buff male, whose identity has not been revealed, threw his arms around her and kissed her on the face.

Chanel and her new mystery partner posed in what appears to be a bright flower-filled garden. The only site she mentioned was the Revolve Festival. The party was hosted on the opening weekend of the Coachella Festival, April 16 and 17, at the late Merv Griffin’s mansion in La Quinta, California, after a two-year break due to the epidemic.

Chanel received positive feedback from her fans after announcing her new relationship. “Yesss. Happiness looks beautiful on you,  “In the comments area, one individual wrote: “It’s be and stay happy season,” said another. A third said, “Yaaa  “Live your life!!” one person cheered, while another said, “Yes to new love!!!!””

Chanel married Sterling in March 2018 after getting engaged in December 2017. Cali, who is three years old, and Cassie, who is two years old, are their two children.

The estranged pair ignited divorce rumors earlier this year when they deleted images of each other from their Instagram sites. Sterling was also left out of Chanel’s Christmas post, which featured her two daughters. Furthermore, they haven’t been seen in any new Instagram images wearing their wedding rings.

The NFL player later filed for divorce from the model, according to Page Six. On June 7, 2021, the New York Giants player reportedly filed divorce papers to dissolve their three-year marriage.

Sterling cited irreconcilable disagreements that “existed for at least six months” as the grounds for the divorce in court documents obtained by the site. There is also “no plausible hope of reconciliation,” according to the records.

According to a document filed on September 7, the estranged couple has already completed two mediation sessions. The wide receiver has asked for shared legal custody of their two kids. He also requests that his daughters live with him in his home, while Chanel has “controlled parenting time” with the girls.

“They are going to try to be civil and nice with each other,” a source told Us Weekly, referring to Chanel and Sterling’s divorce.

The net worth of the Chanel Iman is reported to be approximately $9 million. Her modeling career and business pursuits have netted her a sizable fortune.