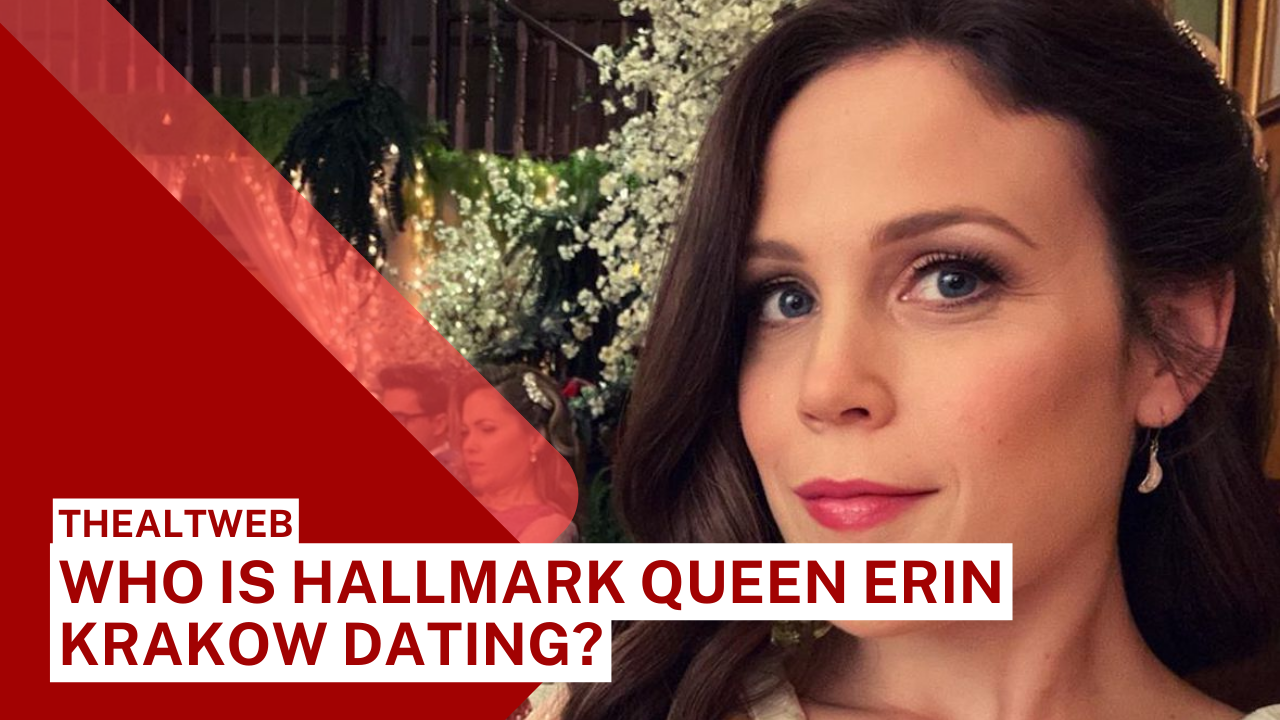 If you’ve ever spent more than two days alone in a hotel room, you are aware that Hallmark is the only option for a quality TV channel. The network is renowned for its hokie mystery shows, romantic dramas, and best Christmas movie compilations.

Additionally, it exclusively uses the top B-grade actors who have occasionally appeared alongside actors such as Betty White.

The gorgeous Erin Krakow is one such actor. After taking over Poppy Drayton’s role as Elizabeth Thatcher on When Calls the Heart, Erin landed a role on the Hallmark channel.

Fans are interested in Erin’s off-screen romance since she has faced turmoil with When Calls the Heart for the past seven or so seasons, both on and off-screen.

So, who is dating Erin Krakow?

Fans believed that Erin and Daniel Lissing, who played Jack Thornton on the show, were dating in real life.

Daniel and Erin are not currently dating and have never been. Their relationship is solely business-related.

In reality, Daniel and Nadia had been together for a very long time, and he announced their joyous engagement in 2019. Daniel captioned a picture of the two kissings, “Happy news to share… I get to marry the love of my life.” In 2020, they got married.

But Erin still communicates with Daniel, and he even extended an invitation for her to the nuptials.

Ben Rosenbaum, Erin’s other co-star on “WCTH,” has also been mentioned.
Once more, it appears that this is merely another myth created by show enthusiasts. Although Ben, who plays Michael Hickam on the show, is not romantically attached to Erin in real life, he is optimistic that his character will one day have a love story.

He said to Crooked Llama, “I’ve heard a lot of requests for Hickam to date, and I have to confess I see a lot of potential in that for a cute and humorous relationship, that could be a lot of fun.

Erin prefers to keep her romantic status a secret.

Erin appears to be single (or in a very discreet relationship), but she is actually highly active. She not only contributed to When Calls the Heart in 2019, but she also acted in two made-for-TV films, including A Summer Romance with Ryan Paevey, a fellow Hallmark regular.

Just a few famous people are adept at keeping their love life private. However, Erin is not short on affection. Even if she doesn’t have a romantic partner in real life, she had a passionate relationship with Jack thanks to Elizabeth Thatcher, and Hearties love her for it.