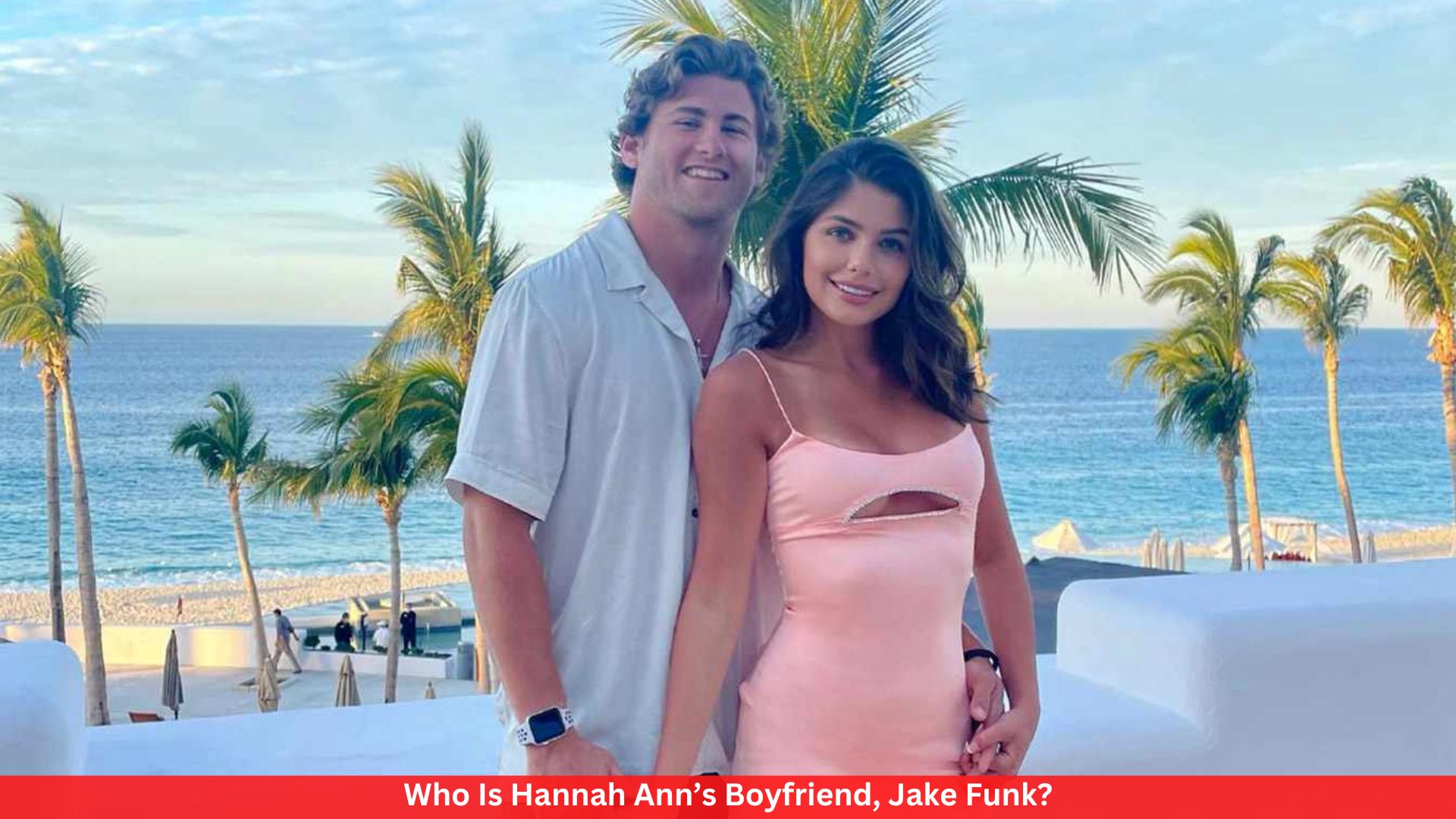 Hannah Ann Sluss is an American TV star who became known all over the country in 2020 when she won Peter Weber’s season 24 of The Bachelor. Sluss has spent most of her life as a model. She’s been in a lot of ads. She also entered beauty contests. In 2015 and 2018, she came in second place for Miss Tennessee. She was also called “Miss North Knoxville.”

Hannah’s relationship with Jake Funk, a running back for the Los Angeles Rams, became public in February of last year. And in a new TikTok, Hannah Ann talks about how the two of them met and how their relationship began.

When Did Hannah Ann And Jake Funk Meet For The First Time?

Hannah Ann said, “It was a TikTok love story.” We did meet in this way. I feel like it happened just yesterday. I posted a popular TikTok, which caught his eye. Then he sent me a message after he started following me on TikTok. When I got home from a girls’ night out, I had some Moscow mules. I was in bed, bored and alone, reading my direct messages (DMs) when Jake sent me a message that said, “Shooter’s shoot.” I ended up saying back ‘Slam dunk.'”

She said, “I ended up going on a date with him three days later after my friends begged me to do so. I was nervous about going out with a total stranger.”

About Jake And Hannah Love Life

The young couple has been together since the end of 2021 or the beginning of 2022, according to US Magazine. “We met a few months ago, and we got along great from the start. Since then, we haven’t been able to get away from each other much,” Sluss told Us in April 2022. “It’s been easy and smooth to get to know him, live with him, and combine our lives.

On her birthday, Jam wrote on Instagram, “To the girl from East Tennessee, happy birthday! I thank God every day for putting us on the same path,” the athlete wrote on Instagram on Sluss’s 26th birthday. “I love you so much, and I hope this is the best birthday you’ve ever had.” They walked the red carpet for the first time at the 2022 ESPYs. Since then, they’ve gotten a dog named Dash.

Jake Funk is a running back for the National Football League’s Indianapolis Colts. On January 11, 1998, he was born. He went to college in Maryland to play football. The 2020 season was cut short by COVID-19, so Maryland only played four games. On average, Funk ran for 129 yards per game. He led the Big Ten Conference with an average of 8.6 yards per carry and was second among all running backs in the Football Bowl Subdivision. In 2021, the Los Angeles Rams picked Funk in the seventh round of the NFL Draft. In 2022, he helped the Rams win the Super Bowl.