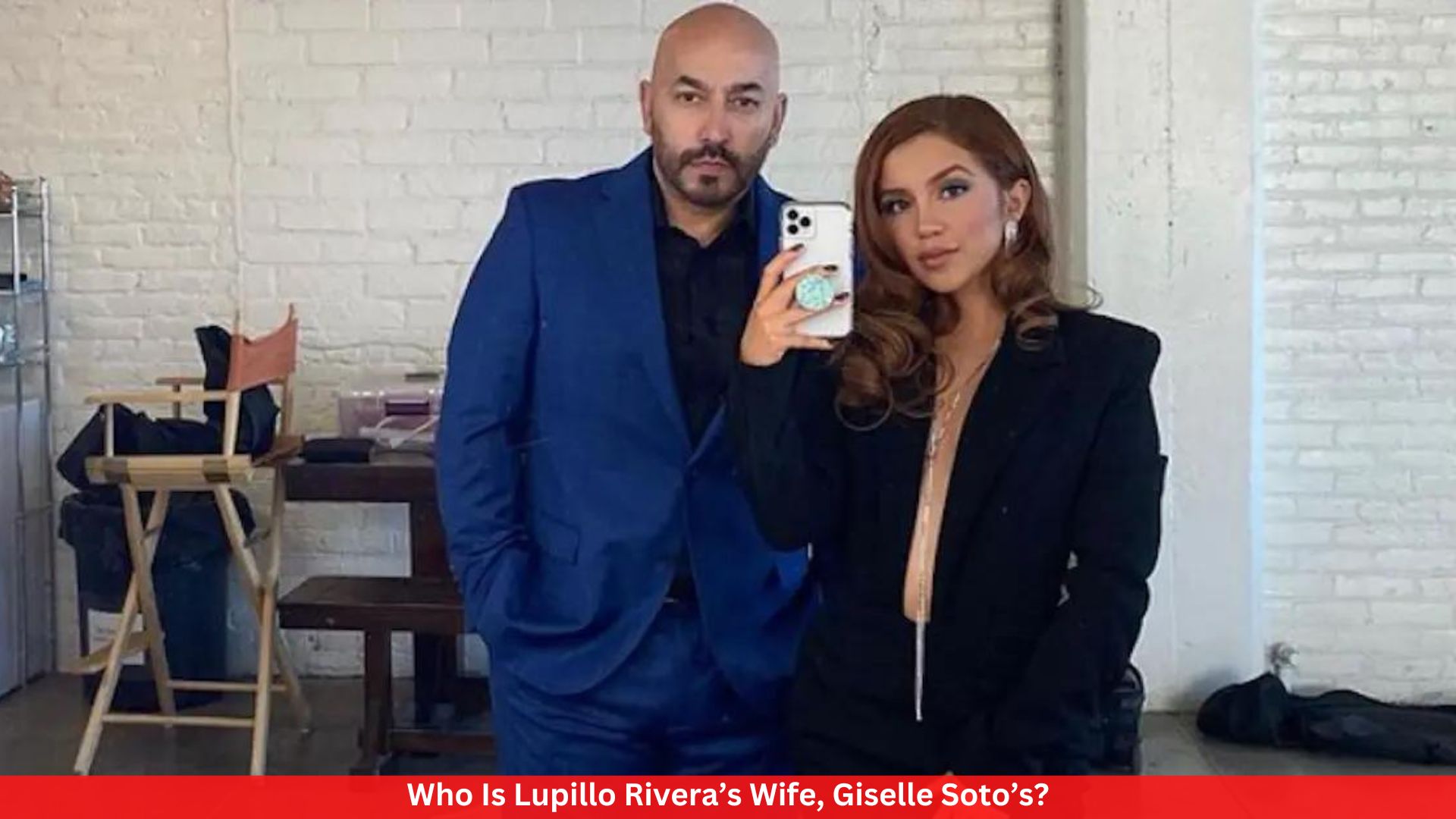 Lupillo Rivera is the stage name of American singer and songwriter Guadalupe Rivera Saavedra. In 2010, Rivera’s album Tu Esclavo y Amo won a Grammy. After being bought from Televisa after 7 seasons, he was one of the coaches on the first season of the Mexican singing competition shows La Voz on TV Azteca in 2019.

By the end of 2010, Rivera had been nominated for several Grammys and Latin Awards for his work. Along with his successful career, people also became interested in his personal life. Now, he is happily married to Giselle Soto and has a big family of six children from his previous marriages. Read on to find out more about his story.

When Did Lupillo Rivera And Giselle Soto Start Relationship?

Giselle, who looks like Shakira and is an eyebrow expert, has been posting pictures of Lupillo, a Mexican regional singer who was born in the United States, on her Instagram since September 2020. She has also been open about how much she likes him. In October of the same year, she said that she couldn’t “be any more in love.”

In January 2021, Giselle posted another picture of them kissing, but this time she was wearing a huge diamond ring on her left hand, which was a hint that they were going to get married.

Lupillo talked about the news in a Spanish interview with Despierta América. He said, “I can’t say anything yet, but I will in the future,” and added, “We are very happy.”

When Lupillo And Giselle Got Married?

People once thought that the couple might have already gotten married in secret. The fact that they were married may have also been clear from Giselle’s post about Lupillo’s 49th birthday. Giselle wrote, “I want you to know that you are such a bright light in this world and that your hard work and sweetness are an inspiration to so many. Your special gift is the way you bring so much happiness, love, and laughter to everything and everyone. I’m really happy to be your wifey. I love you, Amore!!! Still to come is the best.”

At a news conference, the singer said that he had secretly married his makeup artist and that they had been married for a long time. He made it clear that she is not his girlfriend but his wife, and he was surprised that this was not already known. He also said that he had removed the tattoo of his ex-wife, Mayeli Alonso.

Rivera’s wife is a businesswoman who runs Giselle Soto Brows, a well-known eyebrow company. The 26-year-old woman is from Oxnard, California, and the headquarters of her business are in Los Angeles.

Know About Lupillo Rivera’s Past Relationship With Mayeli Alonso

Lupillo Rivera was married to Mayeli Alonso in the past. Mayeli is a business owner, a social media influencer, and a content creator with more than a million Instagram followers.

Lupillo Rivera and Mayeli met at one of Lupillo’s concerts in 2003, and they fell in love at first sight. They started dating right away, and after three years, they were engaged. They got married in 2006 in Garden Grove, California, and have been happy together for more than a decade, during which time they had two children. Lupillo’s four children from previous relationships were also raised by Mayeli. But in 2018, they decided to get a divorce.

Celebrity Net Worth says that Lupillo Rivera, a Mexican regional singer who was born in the United States, has made $12.5 million from his successful singing career, which began in 1992. He was born on January 30, 1972, in La Barca, Jalisco, Mexico. He came from a musical family, and his father, Pedro Rivera, ran a well-known record label and studio. Lupillo has talent in his blood, and through his music, he continues to charm people and increase his net worth.