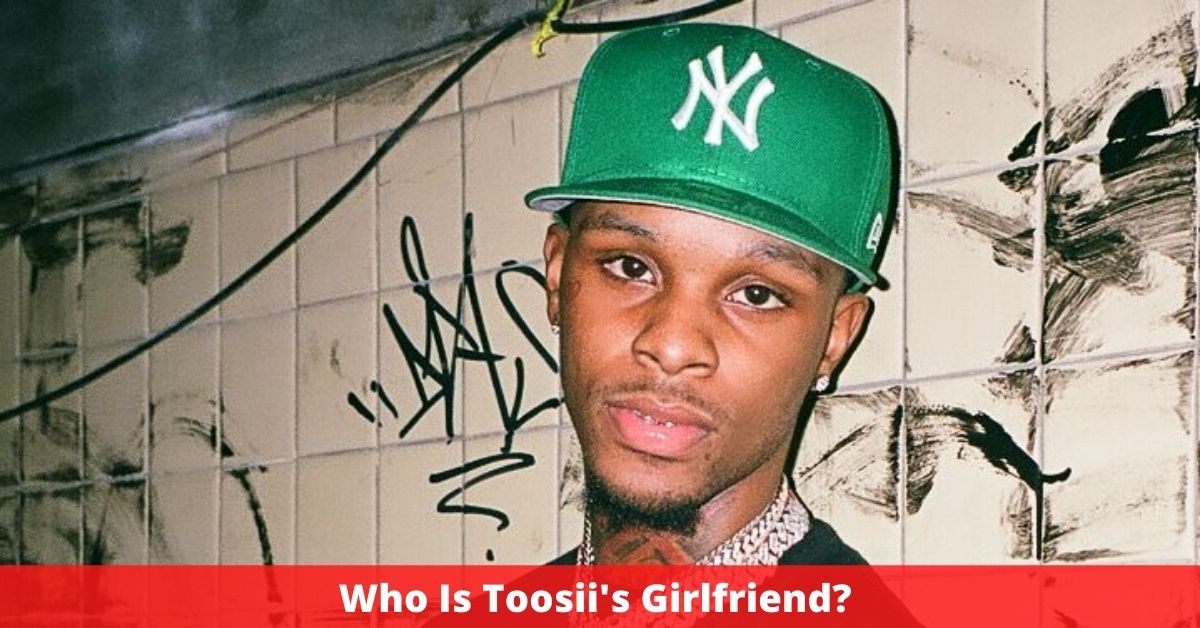 Nau’Jour Lazier Grainger (born January 9, 2000) is a rapper and musician who goes by the stage name Toosii. His debut studio album, Poetic Pain, peaked at number 17 on the Billboard 200 in September 2020, and he is recognized for tracks like “Red Lights,” “Love Cycle,” “Poetic Pain,” and “Sapiosexual.”

Thank You for Believing, Toosii’s seventh mixtape, was released on May 7, 2021. The title of the tape expresses “thanks to those who believed in him and helped him get to where he is now.”

Toosii’s career is soaring, and he’s surrounded by the love of his life.

His girlfriend, Samaria J Davis, isn’t as well-known as the rapper.

Samaria chooses to keep out of the spotlight in order to concentrate on her own work.

She is a certified lash technician by trade.

Also Read: Who Is Christian Coppola Dating? Is He Dating Kiernan Shipka?

She owns and operates the company Lashed by Samaria, which offers a variety of lash extension techniques at various price points.

Samaria has kept her own Instagram to business-related posts, excluding a few selfies. She also doesn’t have many photos with her rapper beau on the site.

She does, however, have two distinct accounts. While the one associated with @samariajdavis has over 405,000 followers, @samariaszns has approximately 12,000 followers.

She uses the former to publish just personal photos, while the latter contains several postings about her lash extension company.

How long have Samaria J Davis and Toosii been together?

Toosii has made no secret of his affection for Samaria.

After tweeting, “Samaria is the only girl I care about and I want her to be my girlfriend,” it is thought that they began dating in November 2020.

When questioned about their relationship in August 2021, Toosii came to his girlfriend’s defense.

He responded with a tweet defending Samaria, which has since been deleted.

“Mfs basically telling me being in a relationship is hindering my career,” the rapper added.

“Bro f**k this career I love my girl and if the world don’t like that sh*t I’ll stop making music.”

Toosii and Samaria, who are expecting their first child together, deserve our congratulations.

“This is the best thing that’s ever happened to me,” the rapper captioned a photo of himself and Samaria, who is sporting a baby bump.

Also Read: Who Is Nathan Barnatt’s Girlfriend? Everything We Know

In 2022, Toosii’s net worth is predicted to reach about $1 million. He is one of the most well-known rising rappers and social media stars in the United States, with a large following at such a young age. The young rapper is still in the early stages of his career, but it appears that in the next years he will join the ranks of great musicians such as Drake, Eminem, and others. Toosii earns more than 20,000 dollars per month.

It is no secret that his principal source of income is the music industry, which includes album sales, live concerts, and streaming, all of which he earns a lot of money from. He also makes money from his YouTube channel, where his music videos have earned millions of views. Toosii’s annual salary exceeds $100,000.