Zendaya Shows Off Her New Haircut At The Euphoria Reunion – Details! 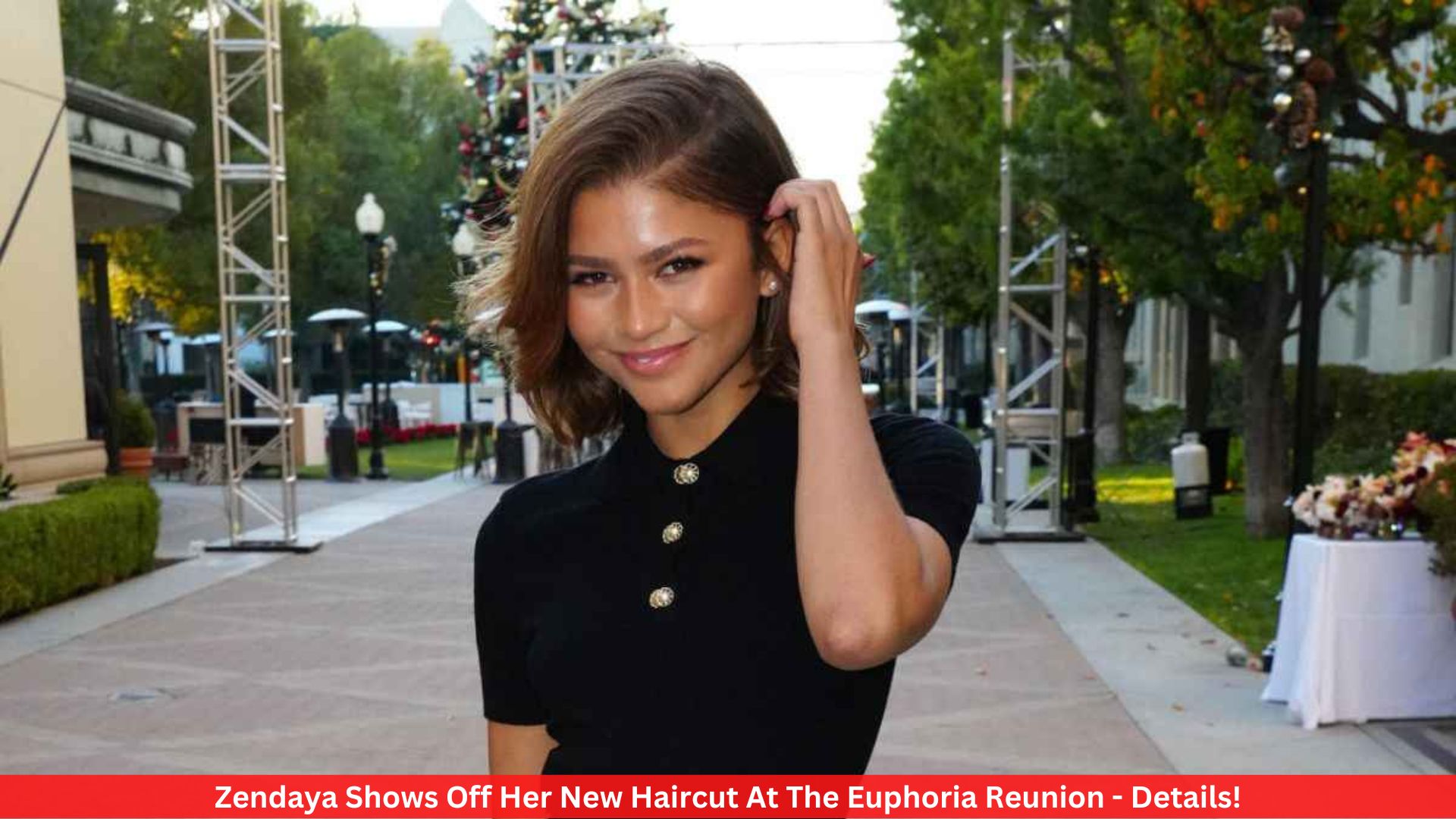 Zendaya is one of the experts on nuanced styles, so she is no stranger to trying out new hairstyles. Zendaya’s new hairstyle is popular at the same time as the reunion of the popular TV show The Euphoria. Along with the other stars, Zendaya became the center of attention at the star-studded reunion on the awards campaign trail because of the stunning outfit she chose for the event.

Let’s see what Zenadaya and the reunion look like.

Zenadaya is the hottest and most beautiful star in the world. Her role as the rebellious Rue in the highly-rated show The Euphoria has won the hearts of many people all over the world.

Before the event, the actress posted a picture of her new shorter bob haircut on Instagram, and people from all over the world left comments. Everyone liked her new hairstyle, and we all like how she looks now. The most noticeable thing about her was her new hairstyle, which made her even more beautiful than before.

Also, our next warm year, 2023, might have a lot of different styles, especially short hair, since most of our favorite celebrities have suddenly changed their usual looks to try out new ones. Michelle Pfeiffer used to have long hair, but all of a sudden, she cut it all off and showed up with a blunt blonde bob and a bobbed cap that made her look even more beautiful.

Zendaya’s new haircut, which doesn’t even reach her shoulders, makes her unashamedly beautiful. Zendaya made her debut on December 18, when Euphoria was being shown for great award consideration. She had a look that no one could explain.

When Zendaya got to the event, her shiny, silky caramel-brown hair was parted on one side, and the other side was tucked behind her ears, which was so cute, and her sparkling smile just made her look even better.

At first glance, you couldn’t tell if her hair was curled, blown out, or styled in some other way, but one thing is for sure: it was stunning. When she does a hair flip like a commercial, we can see how her hair is styled for her mind-blowing looks.

When we look at all of Zendaya’s past looks, which she wore to every possible event, we can see that she is not afraid to try out new looks that would make her look better. She is even good at making fake bob cuts, which she did once at a showing of Euphoria in April.

Zendaya doesn’t care if it’s the latest trend or style—ready she’s to try it. Every time she shows up in a new outfit, Zendaya becomes the center of attention and a hot topic of conversation. Ursula Stephen, her stylist, gave her new looks. She made her hair silky smooth and made it look like it was above her shoulders. Tracey Cunningham gave her a caramel color that made the look even better.

Also read: Who Is Ronnie Hillman? Know About His Professional Career & Life!

Tracey Cunningham is like a soothsayer when it comes to giving celebrities like Khloe Kardashian, Zoey Deutch, and Christina Ricci new looks that are undeniably gorgeous. Since the next season of Euphoria isn’t coming out until 2023, now is a good time for Zendaya to show off her new short hair. So she has enough time to get used to her new look and let her hair grow out so she can play Rue, a role for which she has received a lot of praise.

Ursula Stephen and Tracy Cunningham deserve most of the credit for this amazing change. Both of them are very good at giving celebrities a new look.

When the best friends from Euphoria got together again, it was a very different kind of party. On Sunday, the very pretty stars from Euphoria, like Zendaya, Sydney, Sweeney, Hunter Schafer, and Maude Apatow, got together on the awards campaign trail. It was kind of like a reunion.

The beautiful girls got to know each other at the Q&A at the Paramount Theatre in Los Angeles. The girls all came to see Stand Still Like the Hummingbird, the fifth episode of season two.

When he looked closely at the event, he saw that both Schafer and Apatow had beautiful asymmetrical looks. Schafer was wearing a fiery red wrap skirt, and Apatow was wearing everyone’s favorite color, a bright purple.

Sweeney’s costume was the most interesting because she was mostly black and white, which was a great tribute to Wednesday Addams. Zendaya, who we’ve already talked a lot about because of her new hairstyle, wore a checkered cigarette skirt with a black buttoned polo and low-pointed black heels that showed off her sculpted features.

The episode that they all came to see is a big one for Zendaya’s character, Rue, because her mother wants her to go to rehab and they have a lot of fights and disagreements about it. At the same time, she owes the police and a group of drug dealers a lot of money. But when Sam Levinson showed a sad worse ending for Rue, it seemed like the real story had been rewritten. During the early days of the pandemic, we all know that the cast and crew of the show were working hard on the next season. At that time, Zendaya talked about how she hoped the show would end.

She said, “This season ended on a much sadder note, so we were thinking. We care too much about her to leave her here. I think that we all needed a little bit of hope as a whole. We needed something good and happy to look forward to, and we were trying to find it during a very hard time.