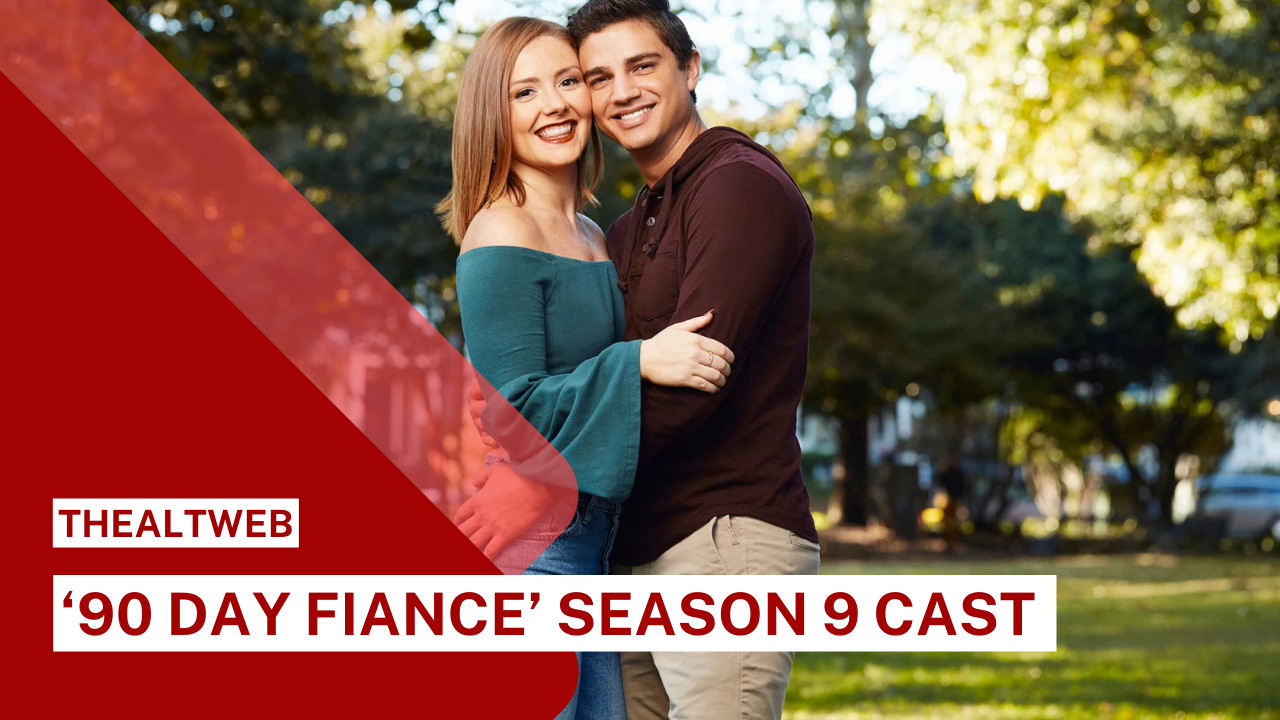 The hunt for The One is still going on! In April, 90 Day Fiancé will premiere a brand-new season, and the cast has already piqued the interest of viewers.

Six new couples will be introduced in Season 9 of the TLC reality show, as well as the return of one fan-favorite: Ariela and Biniyam. Season 2 of 90 Day Fiancé: The Other Way, which aired in the fall of 2020, introduced viewers to the New Jersey native and Ethiopian resident. Throughout Season 3 of TLC’s show, their love story continued.

Following the completion of filming, photographs of the on-again, off-again couple suited up for a ceremony sparked wedding rumors in December 2021. On 90 Day Fiancé later this year, fans are eager to follow their journey to the altar and an update on their current situation.

This season’s turmoil isn’t limited to Ari and Bini. Emily and Kobe’s one-night affair in China suddenly became difficult as their chemistry grew stronger — and they learned they were expecting a kid.

Kara and Guillermo, on the other hand, are having concerns about Kara’s previous relationships as they prepare for their own wedding. In the tape, Guillermo informs Kara, “You have a history of cheating on people,” to which she responds, “Do you even trust me?”

When it comes to what it means to be married, Bilal and Shaeeda are at odds. When requested to sign a prenuptial agreement, Shaeeda begins to doubt their relationship.

In season 9, family turmoil will play a major role in a number of relationships, including Patrick and Thas’, who will be living with the North Dakota native’s family before marrying. In the teaser, Patrick states, “Living with my brother will be really awkward.”

With his familial issues, he is not alone. “Living with his parents is absolutely going to have to change,” Miona insists.

The age gap between Yvette and Mohamed didn’t cause friction at first — they’re 23 years apart — but Yvette’s independence sparked a split between her and her fiancé. Yvette states in the tape, “I don’t want to be judged.” “I’m a full-fledged badass.”

Emily and Kobe
Emily met Kobe, 34 while clubbing in China, where she was working as an English teacher. The 29-year-old Kansas native and the Cameroonian became engaged in less than two weeks. The couple found out they were expecting their first kid not long after that. The COVID-19 epidemic has delayed Kobe’s intentions to relocate to the United States to be with Emily. Emily welcomed their son and has been parenting him alone throughout his two-year absence. Kobe is eager to see his kid, but his long absence from Emily’s life may harm their bond.

Ari and Bini
On 90 Day Fiancé: The Other Way in 2020, Ari, 30, and Bini, 31, were first presented to audiences. Despite their numerous ups and downs, the couple is committed to giving their romance a final go in the United States. Ari’s return to the United States to assist with the operation of their son, Avi, caused the couple to have communication problems once again. The pair is hoping that now that Bini has left Ethiopia for New Jersey, they will be allowed to marry with the blessing of their families.

Guillermo and Kara.
Kara, 29, was on a business vacation to the Dominican Republic when Guillermo, 23, caught her eye. When Kara returned to the United States, the two stayed in touch, but when she moved to the Dominican Republic for business, they decided to give their romance a chance. Kara returned to Virginia after the coronavirus outbreak, but she remained faithful to her fiancé. When Guillermo moves to Charlottesville to be with his fiancée, the couple must determine if they can make it for the long haul now that the travel restrictions have been relaxed.

Bilal and Shaeeda are a couple who have been together for a long time.

Bilal, 42, proposed to the Trinidad and Tobago native, 37, after just spending one week together in person in the early stages of their relationship. The couple’s internet relationship didn’t appear to have prepared them for their real-life issues, particularly when it came to their future plans. Shaeeda wishes to have her own family, but Bilal, who is already a father, is undecided about having additional children.

Jibri and Miona are a couple who have been together for a long time.
Jibri, 28, met Miona, 23, at one of his band’s concerts in North Serbia, and it was love at first sight. During one of their numerous journeys across the world, the South Dakota native proposed to Miona. The couple’s whirlwind passion might not hold up in a tiny town in South Dakota, especially because Miona had ambitions to live the high life in Los Angeles.

Mohamed and Yvette
Mohamed, 25, sneaked into Yvette’s DMs and the two began an online romance, bonding over their shared passion for exercise. Yvette, 48, flew to Egypt to meet Mohamed and the two were engaged. Mohamed, on the other hand, is hesitant because of Yvette’s independent life in the United States and her role as the mother of a 12-year-old kid with special needs.

Patrick and Thas are a couple who have been together for a long time.
While visiting Brazil to reunite with his father’s family, Patrick, 31, met Thas, 25. When the Texas native used a dating app to look for a Portuguese teacher, Thas swiped right, sparking a love connection. Patrick must overcome his anxieties about getting married after his divorce, in addition to Tha’s cultural shock when she relocates to the United States.