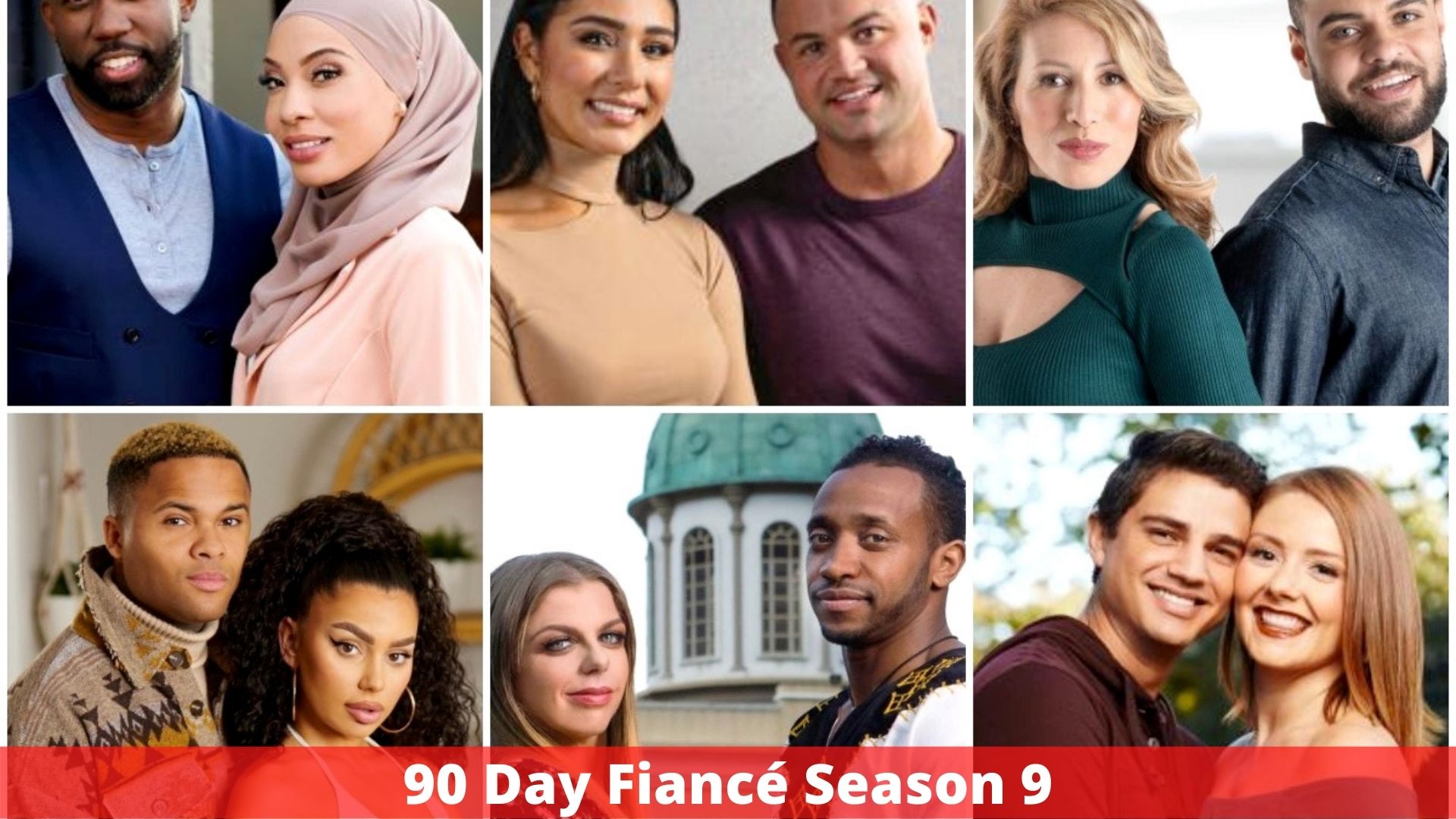 Season 9 of 90 Day Fiancé is coming soon, with six new couples and one pair of 90 Day vets.

Season 9 of 90 Day Fiancé is gearing up for a victorious return to the airwaves, and fans are ecstatic.

The ups and downs of seven couples seeking to take their relationship to the next level will once again captivate audiences as the cornerstone series that anchors all things 90 Day. While the series will primarily showcase new couples who have yet to appear on TLC, one couple, in particular, will be instantly familiar.

Finding love in America is very difficult. 90 Day Fiancé, the original series that launched TLC’s reality TV craze, is back for a second season.

This is the first look at the next round of couples who have decided to have their relationship videotaped for season 9. (premiering April 17).

As a refresher, long-distance lovers apply for a K-1 visa, which allows an engaged partner of a US citizen to enter the country. But there’s a catch: once the fiancé gets in America, they only have 90 days to decide. If they don’t marry within the time frame, the fiancé will be sent back home. Over.

Cultural differences and strained family dynamics are always problematic, but so are current travel guidelines. It never gets old!

On Sunday, April 17 at 8 p.m. ET/PT, Season 9 of 90 Day Fiancé starts on TLC. The show will take up the time slot currently occupied by 90 Day Fiancé: The Series. Before the 90 Days is in its fifth season.

Six new couples traverse the K-1 Visa procedure in the hopes of ending their 90 days in marriage on the ninth season of 90 Day Fiancé. The fact that these six TLC novices will be joined by 90 Day veterans Ariela and Biniyam will pique the excitement of 90 Day fans. Those who watched the “Tell All” for 90 Day Fiancé: The Other Way will recall that Biniyam was able to obtain his K-1 Visa, so the couple’s relationship would appear to pick up where it left off.

The cast of 90 Day Fiancé season 9 is as follows:

Where To Watch 90 Day Fiancé Season 9

90 Day Fiancé season 9 appears to not disappoint fans of the show and the 90 Day series based on the trailer. We’re intrigued enough by Biniyam’s sister Wish throwing red wine in Ariella’s face to want to watch the next season when it airs.