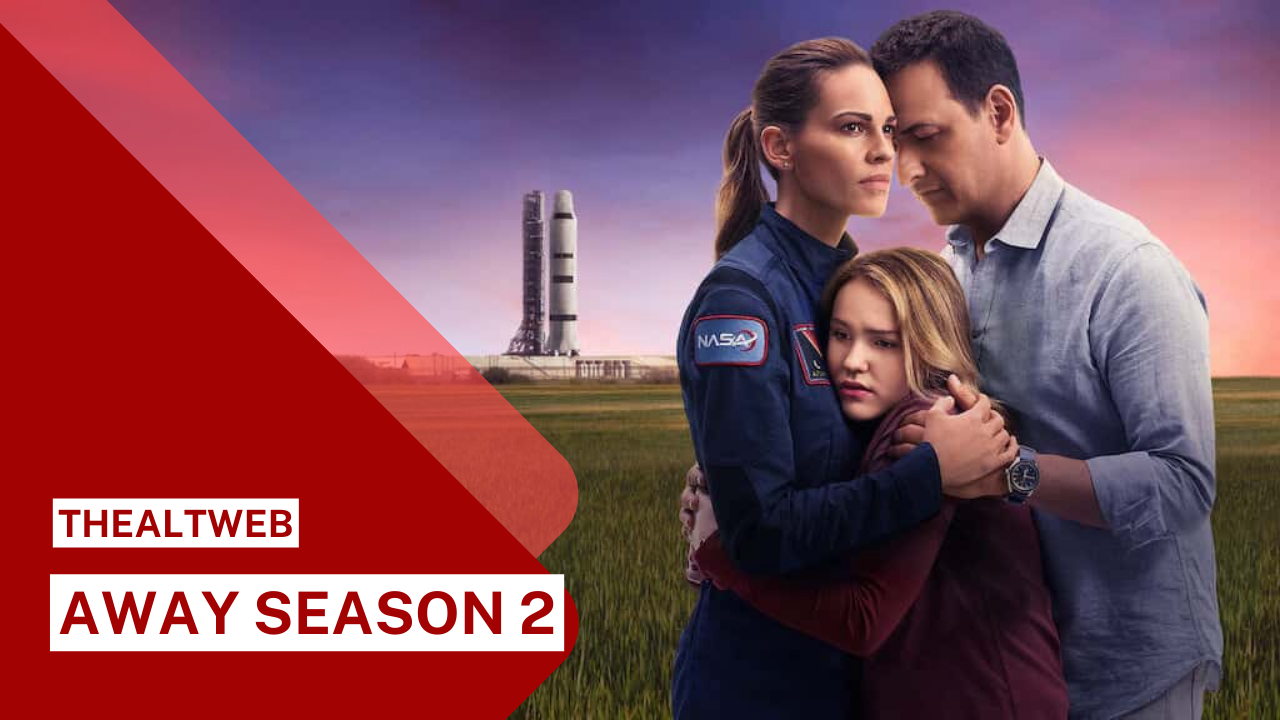 The Hilary Swank space drama Away has been quietly gaining press and admirers since its premiere on Netflix in early September. The narrative of the first crewed voyage to Mars feels hauntingly contemporary — especially in light of a current epidemic that has resulted in feelings of isolation and loneliness even among families — and Swank’s Emma, the leader of the three-year expedition to Mars, is at the centre of Away. Emma is forced to leave behind her teenage daughter and her husband, who is suffering from medical troubles, in the drama.

With season one concluding just as the group of familiar characters arrives safely on Mars, fans are already eagerly anticipating Away season two and what the future holds for Emma and her family. After all, Away distinguishes itself from other science fiction television dramas by functioning as a family drama: As a consequence, it delivers both explosive moments (chemical leaks that turn into fireballs! ), as well as the type of delicious melodrama that keeps viewers tuning in week after week to This Is Us.

Emma’s husband Matt (Josh Charles) had a stroke in the first episode, and towards the conclusion of the season, her second-in-command Ram (Ray Panthaki) admits to having emotions for her. It’s a lot, and the group has only been on the road for a few months.

Even though Netflix has yet to formally greenlight the crew’s next mission, a second season feels imminent with so much story still to explore. For the time being, here’s all we know about the second season of Away.

When will the second season of Away be released on Netflix?

Netflix has yet to renew Away for a second season, but even if it does, the space drama isn’t expected to launch until the end of 2021 or later. This is due in part to the continuing coronavirus epidemic, which makes it impossible for any production to return to work safely. Another facet of season two’s development that might cause a delay is the massive number of special effects required to create a genuine space experience.

These two aspects, especially when combined, mean that Away isn’t a programme that can be recorded rapidly without losing its distinctive vibe. Even so, executive producer Andrew Hinderaker has created a multi-season storyline for the drama, so the wait will be worthwhile. He said in an interview with The Capital Times, “It was always our aim to begin and conclude the first season in the same manner. However, part of the reason the programme is named Away is that we’ve always been curious about that journey and what happens when they return home.”

Hindemaker appears to be preparing for Away to stay there for a long time, given that the crew has just recently arrived on Mars.

Who will appear in the second season of Away?

Despite a slew of catastrophes on their way to Mars, including space blindness, a bad attack of mono, and a slew of water-related accidents, all five astronauts make it back to Earth alive. Because there isn’t really someplace for Emma, Ram, Misha (Mark Ivanir), Dr Kwesi (Ato Essandoh), and Dr Lu (Vivian Wu) to disappear to in space, if season two comes, they should all be back. More of Matt and his ongoing flirtation with his carer Melissa (Monique Gabriela Curnen) may be expected, as well as the return of Matt and Emma’s daughter Lex (Talitha Bateman) and her adolescent antics.

It’s too early to speculate on new people, but showrunner Jessica Goldberg told Inverse that she’d like to explore the privatised space race in a hypothetical second season, which implies some new individuals will be introduced. The first season depicts a level of international collaboration that the globe hasn’t seen in years, and she’s well aware that the most exciting advances in space flight are being produced in the private sector.

“I think that’s a really significant tale,” Goldberg remarked. “Right now, we can’t get far without private sector funding, and I think it’d be fantastic to include that storyline.” Adding a commercial space industry to the mix would inevitably result in the introduction of new characters, possibly even one that resembles SpaceX’s Elon Musk.

What will happen in the second season of Away?

It’s fair to assume that the astronauts’ main aim in season two will be to create a base on Mars. These five astronauts will spend more than a year on the planet before embarking on their long journey home, giving them plenty of opportunities to develop a variety of interpersonal troubles. When Ram professed his emotions for the commander at the end of season one, the programme created tension between Emma and Ram.

Panthaki is convinced that the tale is only getting started. He explained in an interview with NME, “He’s got this shield, and it’ll take a lot of effort to break it down. If you take it away from him, he’ll give it to that person. So it’ll be interesting to see how it all turns out.” Meanwhile, Emma’s husband, Matt, is dealing with Melissa’s surprise confession of affection to him at home. These two factors together might make the couple’s long-distance relationship even more difficult.

Aside from the romantic drama, Goldberg is interested in the discoveries the team will make on Mars and how they will affect them. She told Inverse that she’s particularly interested in the team discovering life on Mars — but don’t expect it to be genuine walking, talking aliens. She said, “When I say life, I mean like a microbe.” “I’m not talking about an extraterrestrial; the programme would never go that way.”

There are plenty of storylines remaining for Away to explore in season two, from scientific advances to marital conflict. Now, all we need is for Netflix to give the programme a go-light, so the writers can start brainstorming new space disasters to make us nervous.