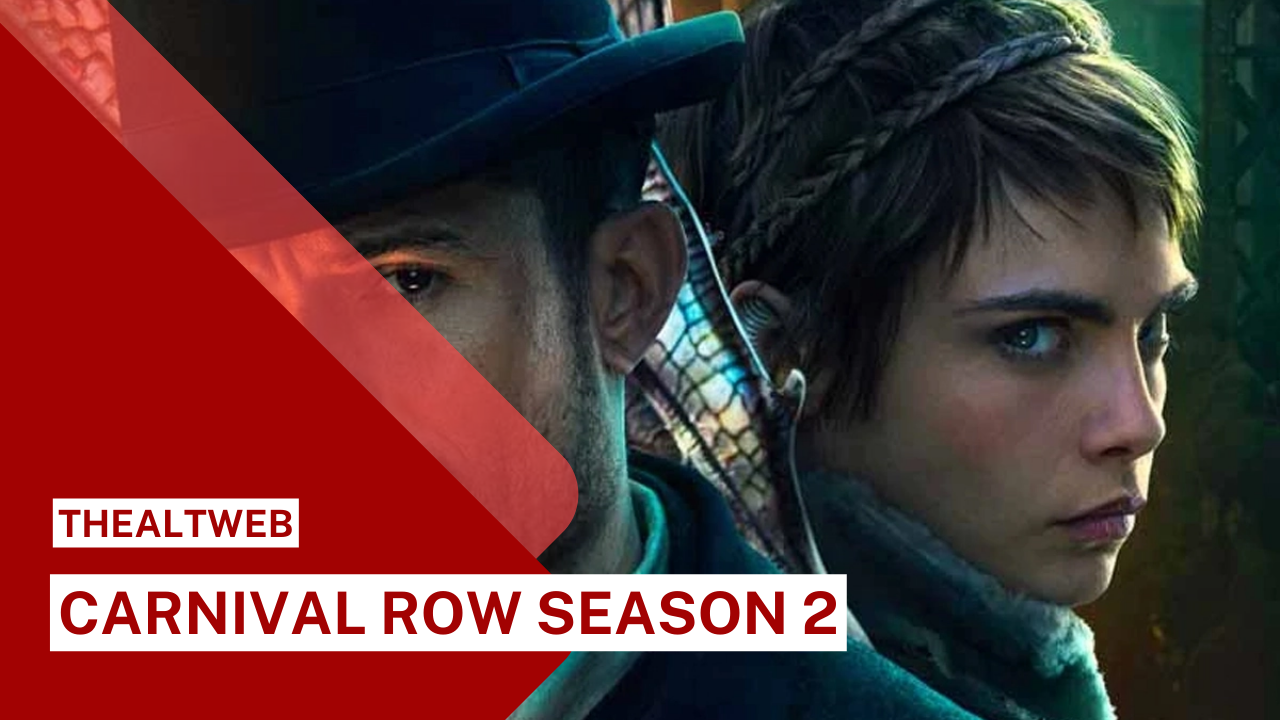 Carnival Row, a Sherlock Holmes-meets-Tolkien-styled series from Amazon Studios, has become one of the year’s most contentious streaming offers in only a few months. Fans can’t get enough of the series’ enthralling fairy-on-human action, and critics can’t get enough of it.

The reasons for this disparity should be evident to most people, as the fantasy genre appeals to a wider audience than the critical community. Carnival Row, which follows a human investigator (Orlando Bloom) and a fairy refugee (Cara Delevingne) involved in a perilous affair and an even more deadly murder investigation, did at least try to appease critics with its Holmes-tinged plot full of contemporary (though barely veiled) political intrigue. When Carnival Row debuted, the critics, for the most part, were uninterested.

Fortunately for the show’s constantly developing fan following, in the streaming world, all that matters is excitement and prospective audience statistics. As a result, it came as no surprise when Amazon announced a second season of the show before viewers had finished watching the first. Given the unexpected turn of events that ended the first season of Carnival Row, fans can’t wait for the next installment.

With all of the unexpected twists and turns in the first set of episodes, there’s little question that the next will reveal a bright new universe. Here’s all we know so far about what Season 2 has in store for Philo, Vignette, and the rest of the Carnival Row crew.

When will Carnival Row season 2 be available to watch online?

“How long will I have to wait to get back to the Burgue for season 2?” is the most pressing issue posed by Carnival Row’s season 1 finale. We don’t know when Season 2 of Carnival Row will premiere because no official announcement has been made yet.

Of course, given the first season’s recent release, this is to be anticipated. That said, we can confirm, thanks to some fantastic behind-the-scenes footage courtesy of the official Carnival Row Twitter feed, that season 2 is not only in the works but has actually begun. The good news for fans is that Amazon is moving quickly to bring you more of the show’s bizarre magical mayhem.

Carnival Row is a big-budget production with carefully dressed extras, complicated computer effects, and all kinds of special make-up accouterments, so the good news comes with a little bad news as well. While all of those components add to the world-building pleasure, they also tend to result in a longer production time — which means that, even if Amazon expedited season 2 of Carnival Row, new episodes are likely still a long way off.

Production on the second season is expected to last till early-to-mid 2020, which means the season will be in post-production for most of the following year. Unfortunately, given that timeframe, we wouldn’t be surprised if season 2 premiered in the same midsummer slot as season 1; it’s far more probable that Amazon would delay Carnival Row’s season 2 debut until late 2020 or maybe early 2021.

Season 2 of Carnival Row will include who?

While we don’t know what’s in store for Carnival Row in the coming season, we do know who will be returning to the cast. First and foremost, both Orlando Bloom and Cara Delevingne will return as Rycroft Philostrate and Vignette Stonemoss, respectively. According to that behind-the-scenes video, faun Agreus Astrayon (David Gyasi) and human Imogen Spurnrose (Tamzin Merchant) will be continuing their complicated relationship in the upcoming season, and we’re guessing you’ll be seeing a lot more of Arty Froushan’s pious politician Jonah Breakspear as well.

Absalom Breakspear (Jared Harris) and his deceitful wife Piety (Indira Varma), two-season 1 regulars, seem less certain to return, considering both were not precisely alive when last seen. Nonetheless, considering the wide range of magical energies at play in Carnival Row, it wouldn’t be strange if one or both of those individuals made an appearance in season 2.

Finally, any talk about Carnival Row’s second season would be incomplete without adding that producer Marc Guggenheim has indicated an interest in including Bloom’s real-life fiancée, pop singer Katy Perry. Guggenheim remarked in an interview with People before the premiere of Season 1, “The other day, I was chatting with Orlando. ‘We’ve got to get Katy to come by the set for season 2,’ I say. It would be a blast. Katy would make a fantastic fairy, I believe… I wouldn’t be doing my job until I at least floated that idea.”

Of course, Guggenheim is most likely referring to a cameo rather than a full-fledged role, and there’s no guarantee that this will happen — but if it does, we’ll be unhappy if her character isn’t named Katy Fairy.

Carnival Row season 2 has a plot.

We don’t have an idea what will happen in the upcoming season at this point. While Delevingne and her co-stars spent most of the behind-the-scenes video promising new characters, new locales, and new sorts of magic coming to the Row in the next season, they were only teasing, with no one revealing anything specific about the narrative.

Whatever is ahead, we have little doubt that Season 2 of Carnival Row will be filled with more animals, magic, and openly political world-building crazy. We can’t wait for those new episodes to reach Amazon so we can jump back into the action, and we’ll be knocking on your door with the news as soon as we have further information.