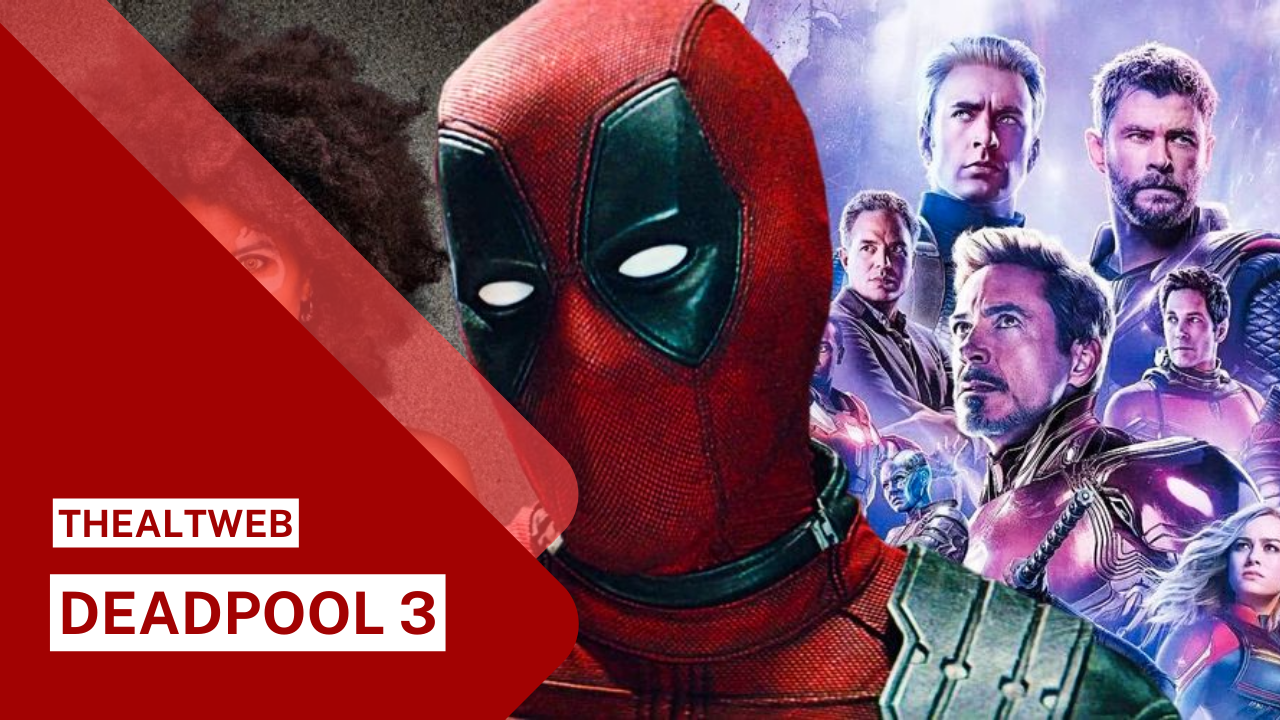 Mighty Marvel fans have been giddy with excitement since Disney purchased Fox Studios’ film and television properties in March of this year. The acquisition meant that some of the venerable comic publisher’s most renowned franchises — such as the X-Men, Fantastic Four, and Silver Surfer, to mention a few — would finally have all of their picture rights under one roof.

The worlds of the Avengers and mutants would no longer be held apart, and we would no longer be saddened by the fact that the Guardians of the Galaxy would never see Galactus, no matter where their quest brought them. New, exciting possibilities for future Big Bads were suddenly on the table (Doctor freakin’ Doom, anyone? ), and we could rest easy knowing that, no matter how badly Fox had screwed up the X-Men franchise in recent years, a big, fat reboot is on the way from the studio that seems incapable of screwing up.

Then it hit us: oh my god, Deadpool is a Fox property! What is the significance of this? After all, the Merc with a Mouth effectively invented R-rated superhero flicks, demonstrating that they could be profitable; both Deadpool and Deadpool 2 raked in huge bucks at the box office, partly due to the presence of the actor Ryan Reynolds in the character he was undoubtedly intended to portray. Would Mickey Mouse be willing to do additional R-rated Deadpool movies, or would he be reduced to a PG-13 version of his previous self? Would Reynolds, along with the rest of the Fox cast, be replaced (gasp)?

We got some preliminary answers to some of these queries on the same day the Fox/Disney transaction concluded. “Feels like the first day of ‘Pool,” Reynolds captioned a photo of himself in character wearing Mickey Mouse ears on a school bus. According to reliable sources, Deadpool will remain R-rated and will be the only X-Man who will not be recast, according to sites like The Hollywood Reporter.

Then there was a long pause. Deadpool’s movie future was not mentioned at either San Diego Comic-Con or D23. Finally, in October 2019, Deadpool screenwriters Rhett Reese and Paul Wernick told Entertainment Weekly that they have high expectations for a third chapter, coming off of penning Zombieland: Double Tap. Wernick stated, “We’re continually in contact with Ryan.” “I believe the fact is that we’re all still figuring it out… we’ve got a lot of projects lined up, but we wake up thinking about Deadpool and we go to sleep thinking about Deadpool,” he says.

Reynolds posted a photo of himself lounging outside the Marvel Studios headquarters almost simultaneously, providing the clearest indication yet that the individuals involved were having a chat. Reynolds captioned the picture, “Auditioned for the role of ‘Anthony Stark.'” “I didn’t even come near, but the kind man with the taser took me down.”

Finally, Reynolds gave a New Year’s present in late December 2019 during an interview on Live! with Kelly and Ryan, saying, “With the full crew, we’re now working on [Deadpool 3]. We’re now working at Marvel [Studios], which seems like we’ve suddenly stepped into the big leagues. It’s a little out of control. We’re working on it, so there’s that.” (via Uproxx)

That’s right, after nine months of speculating, it’s finally official: Deadpool… will return to the Marvel Cinematic Universe. Everything we know about Deadpool 3 so far is included below.

What’s the release date for Deadpool 3?

Before we begin, it’s important to note that there isn’t a lot of information on Deadpool 3 available at this moment. Keeping this in mind, know that we’ll be doing a lot of educated guessing and that if you really want to keep in the loop, dear reader, you’d do well to bookmark this article because we’ll be updating it every time new information is published. Good? Great! Let’s get this party started.

It’s unclear when Deadpool 3 will be released because the project is presently in the “all of the involved parties are sitting around talking about it” stage. But, based on average production timetables for films of this kind, we can make a reasonably good approximation.

Consider the two-year gap between Deadpool and Deadpool 2, and the fact that the sequel was greenlit almost soon after the original film’s box office earnings began to trickle in. The studio switch will almost probably cause some logistical issues, but nothing that Mighty Marvel can’t manage. Consider that, assuming Wernick and Reese aren’t full of it, they’ve been living, breathing, and sleeping Deadpool.

It’s reasonable to assume they have a solid sense of where they want Deadpool 3 to go, and given that they’re “constantly in communication” with Reynolds, he’s definitely on board as well. We’re going to assume that the screenwriters will finish a draught in the spring and that the film will enter pre-production in the fall.

Pre-production and post-production for a blockbuster superhero picture may take up to a year apiece, so let’s use that as a benchmark. With a four-month shoot, we’re looking at a release date of two years and four months from autumn 2020, give or take. Let’s say that Disney fits Deadpool 3 into a similar timeframe as its predecessor, and there you have it: our best bet is that it will hit cinemas in February 2023. To be fair, that seems like a long time, but it doesn’t rule out the possibility of seeing the character in another MCU film before then.

Deadpool 3 has a plot, but what is it?

Prepare to be shocked: we have no clue what Deadpool 3’s narrative will be since we aren’t Paul Wernick, Rhett Reese, or Ryan Reynolds. We do know that at the end of Deadpool 2, Wade had obtained Cable’s time travel gadget and that this device also appears to allow the user to travel across dimensions (since we saw him murder an alternate world Ryan Reynolds before he could accept the starring role in Green Lantern).

It’s been suggested that the multiverse’s concept may be used to bring the X-Men in their entirety to the MCU (and that their presence could be hinted at in the upcoming Doctor Strange in the Multiverse of Madness). But take note: these aren’t the X-Men Wade is used to seeing. Even if Wolverine and Cyclops only made minor appearances in his films (because of the studio’s inability to fund them), we know Deadpool is aware of their existence. Because the X-Men are all being recast, Wade will find the MCU versions of the X-Men weird and unfamiliar, as he is the only character who has made the in-universe move from the Fox X-Men realm to the MCU one.

What actors and actresses are in the cast of Deadpool 3?

While we know Reynolds will return (since he is Deadpool), we don’t know if he’ll bring any other characters from the old Fox universe into the MCU. If nothing else, having Brolin repeat his role as Cable would make for wonderful running humor; it’d also be interesting to have Stefan Kapii’s Colossus (from the previous films) in the MCU, as well as Domino (Zazie Beetz), Weasel (T.J. Miller), and Negasonic Teenage Warhead (from the previous films) (Brianna Hildebrand).

Even Wade’s love interest Vanessa (Morena Baccarin), whom he spared from a horrible destiny in Deadpool 2’s mid-credits scene, may make an appearance — although if we’re being honest, none of the above seem plausible. Dimension-hopping is a risky and bizarre business, one that is best suited to individuals like Wade who a) are aware that they are fictitious characters and b) can’t die. We wouldn’t rule out a celebrity appearance or two, like Brad Pitt’s as Vanisher and Terry Crews’ as Bedlam in Deadpool 2 — but we’re betting the major cast of the previous two films will be abandoned in the wretched, doomed Fox Marvel universe.