Doctor Strange In The Multiverse Of Madness Review – Know Everything! 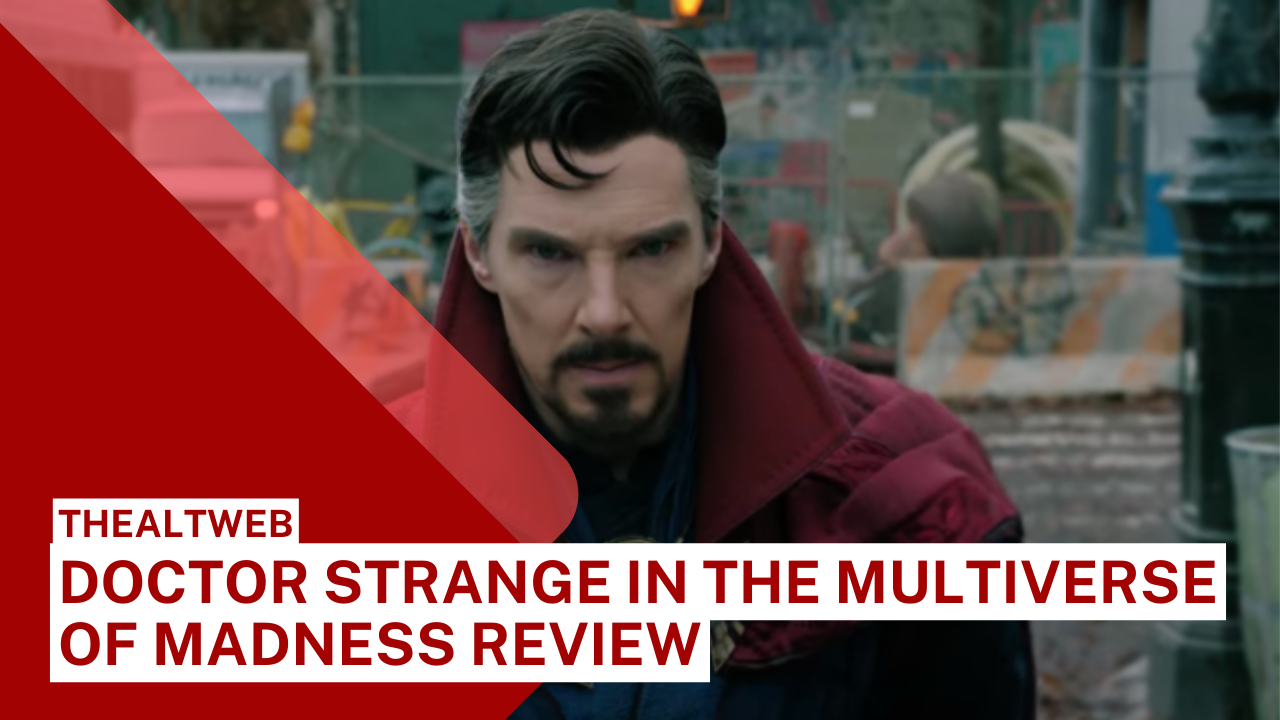 The public expectation that the primary characters will not die, egotistical performers concerned about how they will be regarded, stories that demand dumbed-down moments of explanation, and obvious, easy, generally happy ends are just some of the villains that every director must battle. The Marvel Cinematic Universe’s greatness, as seen in “Doctor Strange in the Multiverse of Madness,” is that it has fought, twisted, and shattered such assumptions to the point that they no longer apply.

The movie is a masterwork of psychedelic mind-flipping. It feels like any of the MCU’s dozens of characters — or even a whole new one — may wander into the room at any time. Make a statement that will change the world. Alternatively, you may perish. For a moviegoer, this is the sweet spot, where anticipation fades and exhilaration reigns supreme. You haven’t seen anything yet if you thought “No Way Home” had surprises.

Where can you even begin to describe what’s going on here? Dr. Stephen Strange (Benedict Cumberbatch, noticeably wiser and more confident than in the first film, truly showing his character’s growth) is plagued by nightmares, one of which involves a young woman named America Chavez (Xochitl Gomez); when America appears in his reality, it’s enough to cause him to abandon the wedding of his old flame Christine (Rachel McAdams) and sit down with loyal friend/sorcerer Supreme Wong (Bene

America, it turns out, has the extremely coveted power of multiverse travel; she also has no idea how to make it work. But this is enough to attract Wanda Maximoff (now in full Scarlet Witch mode after “WandaVision”), who is determined to absorb the girl’s abilities and use them to locate a universe where her children still live and she can alter reality to meet her beautiful family fantasy. This can’t happen, Strange.

More story details would be spoiling the enjoyment, so suffice it to say that this is a rollercoaster worth experiencing. The return of Sam Raimi is a significant part of that, and probably the most unexpected. Raimi has been practically MIA since his “Spider-Man” movie ended under less-than-ideal circumstances 15 years ago, directing two widely forgotten pictures (“Drag Me to Hell” and “Oz the Great and Powerful”), as well as producing and dabbling in TV and lower-profile endeavors. His return to form is announced with authority in “Multiverse of Madness.”

The fascinating ingenuity in the spells on exhibit is another aspect of “Madness” that demands special notice. Doctor Strange always appears to have another spectacular trick up his sleeve, whether it’s magical hands that can pick up and toss items on his behalf, buzzsaw blades that can saw a bus in two — or, if you’re falling, a portal that comes out at a horizontal angle, allowing you to emerge unhurt. Strange fights with musical notes come to life from piano sheet music in one incredible scene.

“Madness” is smart enough to keep returning to a pair of themes that keep this Easter egg-friendly picture from being just fan service at the end of it all (yes, there are two end credit sequences worth hanging around for). One is Raimi-Esque regard for the eyes as a gateway to the soul: a one-eyed monster threatens America, Wanda’s eyes warn us when she’s in Witch mode, Christine tears open one of Strange’s eyes to release demons; it’s one of the few “truths” we can depend on in a picture full of lies. The question “Are you happy?” is the other topic. The vast majority of Marvel fans will say yes.

All of Raimi’s hallmarks (perfected in his “Evil Dead” flicks and others like “Darkman”) are present, and every bit is as inventive in serving even such a massive, popcorn-fueled plot as this blockbuster. There are undead creatures, zooming cameras on slamming doors, lots of eyeball imagery, the obligatory (and brilliantly self-referential) Bruce Campbell cameo, and all sorts of inventive shots that are organically necessitated when Strange is crashing through multiverses (one is animated, one futuristic, another in wet paint) or Wanda is trapped in a prison filled with mirrors. Wanda, like Robert Patrick in “Terminator 2,” appears relentless, uncompromising, and inevitable at moments.

In the best conceivable manner, this structure creates a brain-bruising experience. With America as the MacGuffin, anything may happen as Wanda and Strange chase each other from one world to the next. A prominent individual with far-reaching consequences for the MCU may show up and explain why an alternate Strange did something different in their world, and why it worked or didn’t work.

Remember, they simply died in universe 838, not our universe 616, so a significant character’s death isn’t necessarily a reason for alarm. This may be both enticing (might Strange wind up with Christine in another reality?) and horrifying (what would Wanda do to the Wanda of that version if she does get to her children?).

How could the performers not have a good time with these concepts? Imagine being told that you’ll be a zombie today, a wicked version of yourself tomorrow, and a flashback to a younger, naïve version of yourself the next day. Some people dismiss Marvel movies as mindless blockbusters, yet it’s hard to believe anybody could not enjoy Elizabeth Olsen’s character growth from “Avengers: Age of Ultron” to “Civil War,” the “Infinity War/Endgame” flicks, “WandaVision,” and now “Multiverse of Madness” (and the performer).

Cumberbatch has converted the weird, aloof Strange from the comics into probably the most adored (still alive) Avenger not called Spider-Man in a matter of six years. The fact that we’ve been on this road with Wanda only adds to the impact of moments like when her children flee in terror from her and she pleads, “I’m not a monster!”