Elite Season 6 – Release Date, Cast And Everything You Need To Know! 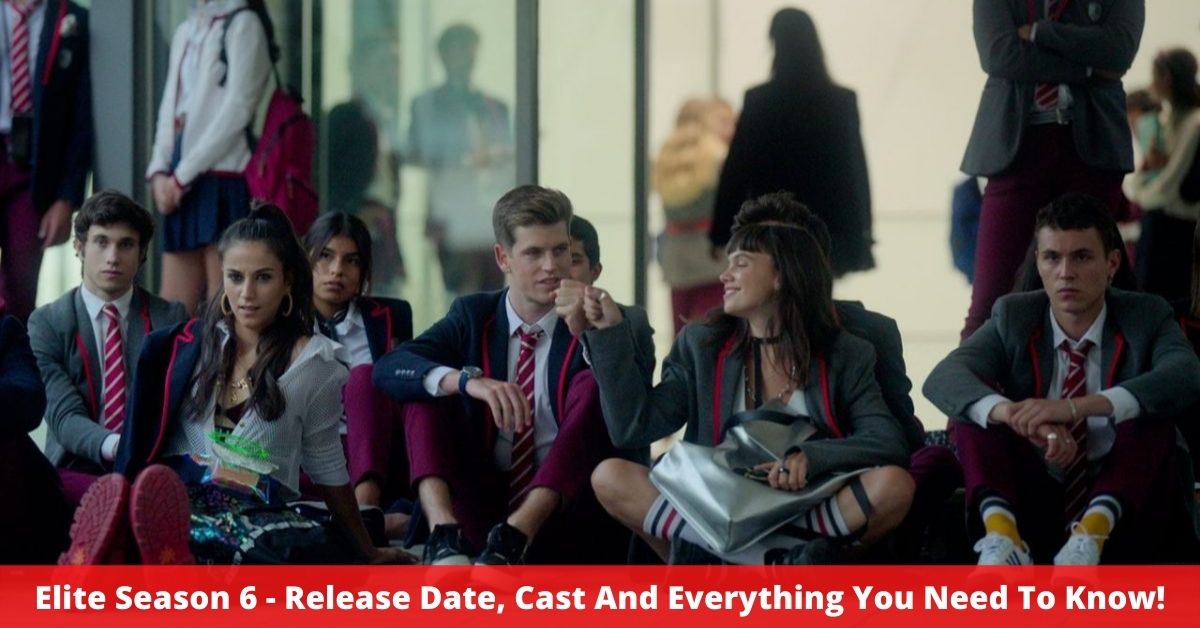 Another year at Las Encinas promises even more turmoil for the prestigious Spanish school’s students. Season 5 of Élite is now available, and if you’re familiar with how things work at this school, you’ll know that things are about to get hot for one couple, while another may not live to see another day.

The Spanish teen drama has become extremely famous, thanks to its deliciously dramatic blend of romance, intrigue, and the occasional murder.

Fans got a long-awaited renewal announcement today, as well as confirmation of unique content that they’ve been waiting for! Since Season 5  premiered on Friday, April 8, we’re updating everyone on what we know about the sixth season.

Of all, anything can happen in Elite, especially as we prepare for yet another exciting season. So, what can we expect in Season 6? It’ll undoubtedly be exciting to find out.

Everything you need to know about Elite Season 6 is right here.

Is Season 6 of Élite on the way?

More soapy teen drama is coming your way: Season 6 of Elite has been confirmed.

Élite was renewed for a sixth season in October 2021, thus it’s official. Netflix announced the major news alongside a post on the new short story episodes that premiered in December 2021.

In early 2023, fresh episodes of Elite season 6 are planned to air.

We don’t have a release date for Elite season 6 yet, but we’ll let you know as soon as we do.

We shouldn’t have to wait long, given that the series was renewed last year.

We can expect new episodes in the first half of 2023 if the show follows the same release schedule as the previous three seasons.

It’s unclear who will be in the Season 6 cast, given Elite’s habit of introducing new characters while phasing out — or outright killing — older ones each season.

Season 6 is likely to continue deeper into the backstories of the newer characters. Montero also mentioned that they’re continually striving to broaden their cast’s diversity. “Being a global series, we have a lot of options,” he told Diario de Sevilla. “There are always a lot of performers willing to come to Spain to work with us.”

So expect to see some new faces in Season 6 – as well as say goodbye to some of the older Elite characters.

Would there be an Elite Christmas special?

It’s true! Along with the confirmation of Elite seasons 5 and 6, it was also revealed that Christmas-themed Elite special episodes will air later this year!

This show is unquestionably a gift that keeps on giving, and the spirit of giving hasn’t yet ceased because we’ve also received some release dates to help with our anticipation!