Gina Carano Was Fired From The Mandalorian – Know Why! 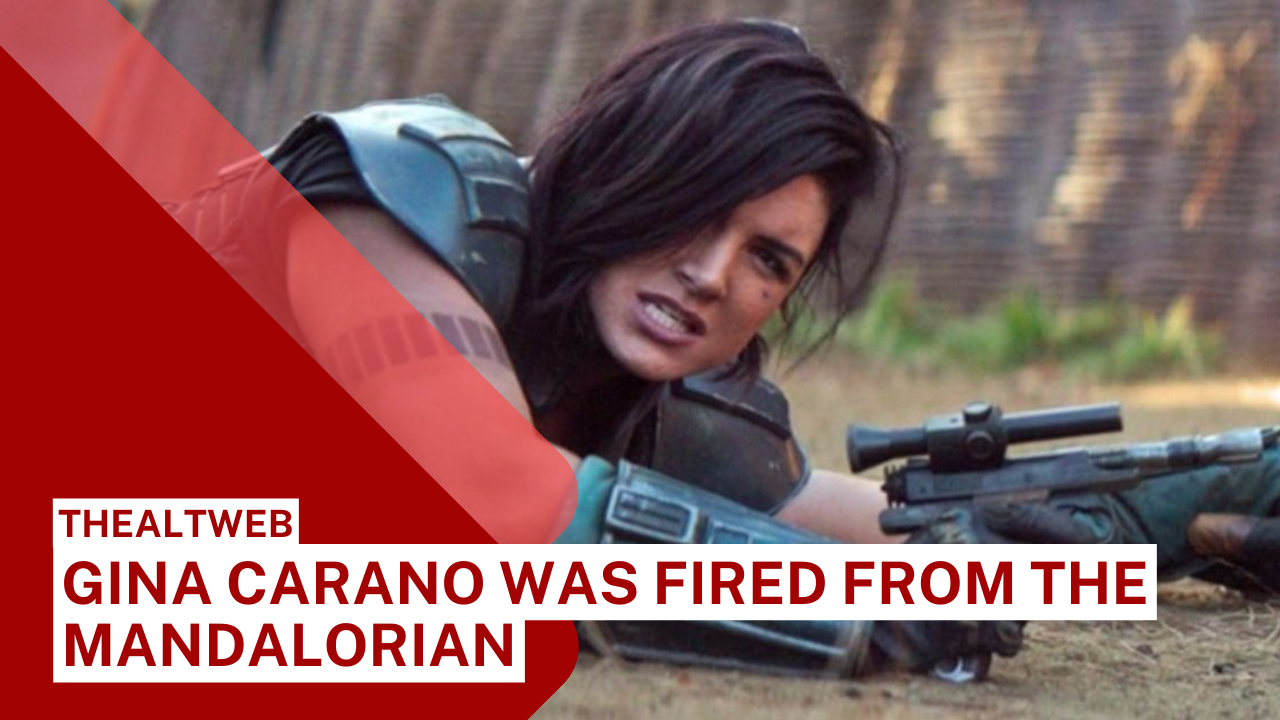 Cara Dune, played by Gina Carano, will not return in future seasons of Pedro Pascal’s The Mandalorian — or in any other Star Wars production, for that matter.

Carano, a former mixed martial artist who has become a famous figure in the action and sci-fi genres throughout the years, was sacked from The Mandalorian on Wednesday, February 10, 2021.

According to Deadline, a Lucasfilm spokesman confirmed on Wednesday evening that Carano has been pulled from the first-ever live-action Star Wars series and that she would no longer be considered for or granted work with the company in the future. Carano was fired because he continued to post things on social media that Lucasfilm felt “abhorrent.”

Many episodes of The Mandalorian’s first and second seasons featured Carano’s Cara, who aided Pascal’s Din Djarin in his mission to reunite Grogu with other Jedi. Audiences were initially impressed by Carano’s entrance to the Star Wars world, with many appreciating her powerful presence as a former Rebel-shock-trooper-turned-bounty-hunter.

Many Mandalorian fans urged Lucasfilm to terminate her because of her proclivity for sharing her political views online, no matter how contentious or unpleasant they may be. According to Deadline, Carano’s most recent inflammatory Instagram post compared being a Republican in the United States in 2021 to being Jewish in Nazi Germany. This generated additional uproar online, and the hashtag #FireGinaCarano began trending on Twitter, with fans tagging Disney and Lucasfilm in hundreds of posts in an attempt to get her off The Mandalorian.

Carano’s detrimental social media presence had already been noted by Lucasfilm at the time, but her tweet insinuating that Republicans are being damaged in the same manner Jews were harmed in Nazi-era Germany was the tipping point.

The studio issued a statement on Wednesday evening confirming her dismissal. It states, “Gina Carano does not presently work for Lucasfilm and has no intentions to do so in the future. Nonetheless, her social media statements disparaging people based on their cultural and religious identities are reprehensible and unacceptably offensive.”

Carano’s talent agency, UTA, dismissed her owing to the inappropriate nature of the statements she posted online, in addition to her departure from the Star Wars franchise (via Variety).

For quite some time, the crisis has been building.

Fans of Star Wars and The Mandalorian have been calling for Carano’s dismissal for several months.

Carano previously sparked outrage in November 2020 when she criticised social media users who use pronouns in their biographies, such as “she/her/hers” or “they/them/theirs,” by inserting “beep/bop/boop” in her own. Carano also appeared to ridicule safety measures enacted during the COVID-19 outbreak, as reported by Variety, by posting a photo of someone wearing many fabric masks over their nose and mouth and writing, “Meanwhile in California…”

In late 2020, a fan-submitted a Change.org petition, saying, “Gina Caran[o] and her hostile attitudes, as well as her dissemination of false information, are extremely destructive. She doesn’t belong on this programme or at Disney.” Carano’s most recent Instagram postings have already been removed, but screenshots continue to circulate on other social media networks.

According to The Hollywood Reporter, Lucasfilm management had been intending to terminate Carano for approximately “two months,” and “today was the final straw.” The report also stated that Lucasfilm had planned to launch a Cara Dune spin-off series during the Disney Investor’s Day presentation in December 2020, but that plan was scrapped when Carano went on Twitter in early November to accuse Trump of voting fraud in the 2020 presidential election. In part, she wrote, “Flush out the bogus votes.” “By 2020, eliminate voter fraud.”

Following the announcement of Carano’s termination, a lot of her followers began using the hashtag #CancelDisneyPlus to express their support. With Disney’s excellent slate of spin-off programmes including Ahsoka Tano, The Acolyte, Rangers of the New Republic, The Book of Boba Fett, Andor, Obi-Wan Kenobi, and Lando – as well as all the Marvel Studios projects in the works – “cancelling” the streaming service doesn’t appear to be an option.

Others established and signed a new Change.org petition demanding that Carano stays in The Mandalorian. In part, the organiser said, “This is a counter-petition in favour of Gina Carano’s continuation in The Mandalorian. Everyone has the right to an opinion, whether it is correct or incorrect.” Many of those who signed the petition believe Carano’s termination was due to “cancel culture.”

The only remaining issue is whether Lucasfilm would eliminate Cara Dune’s character entirely or recast another actress in the role ahead of Season 3 of The Mandalorian. Gina Carano is currently Cara Done with the Star Wars universe.