In The Dark Season 3 – Current Updates on Release Date, Cast, and Plot 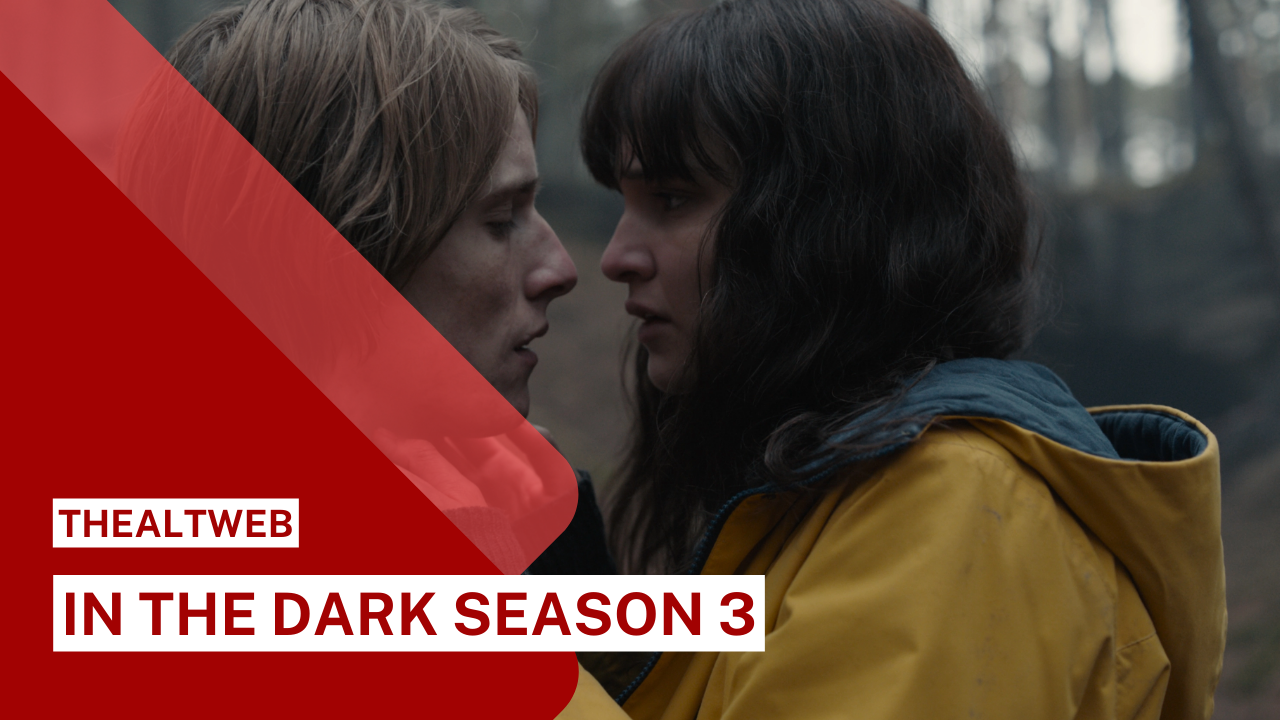 The CW’s In the Dark has been a huge hit, and it appears that this strange show will keep on giving – at least for the time being. Murphy Mason (Perry Mattfeld), the blind, misanthropic, hard-drinking protagonist, has been a fan favorite, and her numerous flings, shady deals, and murder-solving escapades have attracted the audience enough for the CW to continue the show for seasons 3 and 4.

But, what can viewers expect from the show? Both the murdering officer Dean Riley (Rich Sommer) and the laundromat drug kingpin Nia Bailey (Nicki Micheaux) are no longer in the picture. Murphy and her crew, on the other hand, are up to their ears in numerous crimes, and the program has introduced a frighteningly large number of people who could cause them issues, and in a far more personal way than ever before. While we wait for the new episodes, here’s everything we know so far about In the Dark season 3’s release date, cast, and plot.

When will In the Dark season 3 be available?

When it came to announcing In the Dark’s third season, the CW didn’t hold back, and the show’s fourth season renewal followed closely behind – even before season 3 began. According to Deadline, the show was one of the early renewals announced by the network in January 2020, and CW president Mark Pedowitz appears to think of In the Dark as a critical part of the jigsaw.

“These early orders for next season offer our production teams a head start in mapping out narrative arcs and ahead starts on hiring people, and it also provides us with a strong foundation of proven, fan-favorite CW titles to expand on for next season,” he said when the shows were renewed.

While the precise release date is still unknown, Season 1 of In the Dark premiered in April 2019, followed by Season 2 in April 2020. Given this, the third season might premiere in April 2021. We’ll just have to wait for an announcement because the reality of television production is still very much up in the air for the foreseeable future.

In the Dark season 3 cast: who’s who?

Apart from the two key characters who died in season 2, bent cop Dean Riley and criminal leader Nia Bailey, it’s reasonable to assume that the majority of the cast will return for season 3. Perry Mattfeld is set to reprise his role as Murphy, and Brook Markham is expected to reprise his role as Jess Damon, a Guiding Hope veteran, and Murphy’s roommate. Felix Bell (Morgan Krantz), Max Parish (Casey Deidrick), and gang leader Darnell James are all expected to make appearances (Keston John).

While Murphy’s adoptive parents, Hank (Derek Webster) and Joy (Kathleen York), weren’t as visible in Season 2, they’re expected to return. Almost every recurring character who is still alive and well is a possibility for season 3. Gene Clemens (Matt Murray), Dean’s former colleague, is of significant relevance because he learned a lot of crucial information throughout season 2. Josh Wallace (Theodore Bhat), the IRS officer who gets tied up in Murphy’s hijinks and discovers in the season 2 finale that she and her buddies aren’t exactly squeaky clean, will almost certainly make a reappearance.

Murphy’s seeing-eye dog Pretzel, the show’s sweetest and furriest character, is also back. Mattfeld has stated to Collider that she is excited to see him again: “Pretzel has been invited to lunch in my trailer on multiple occasions so that we can share a 20-minute sleep. At this point, it’s bordering on obsession. I miss him terribly while I’m apart from him. I’ll bring him back because of Season 3.”

In the Dark’s third season has an open road ahead of it, with Dean and Nia dead and Josiah (Maurice Compte) ostensibly out of the picture. Murphy and the crew, on the other hand, are in for a lot of speed bumps. Gene and Josh have various levels of understanding of the strange events that have occurred in Murphy’s vicinity. Jess and Felix have both done some unusual things for persons who purport to work with seeing-eye dogs. Then there’s Murphy, whose illicit activities and reckless attitude make it appear as if she’s on the verge of a full-fledged Breaking Bad-style fall from grace.

Of course, she’ll have to deal with Darnell, who was Nia’s brother, before that happens (if it happens). He’s in a good position to succeed his sister, and he’ll almost certainly have something to say about Jess’s untimely death. Whatever happens, it’s safe to say that when In the Dark season 3 premieres, viewers will be treated to a thrilling ride.