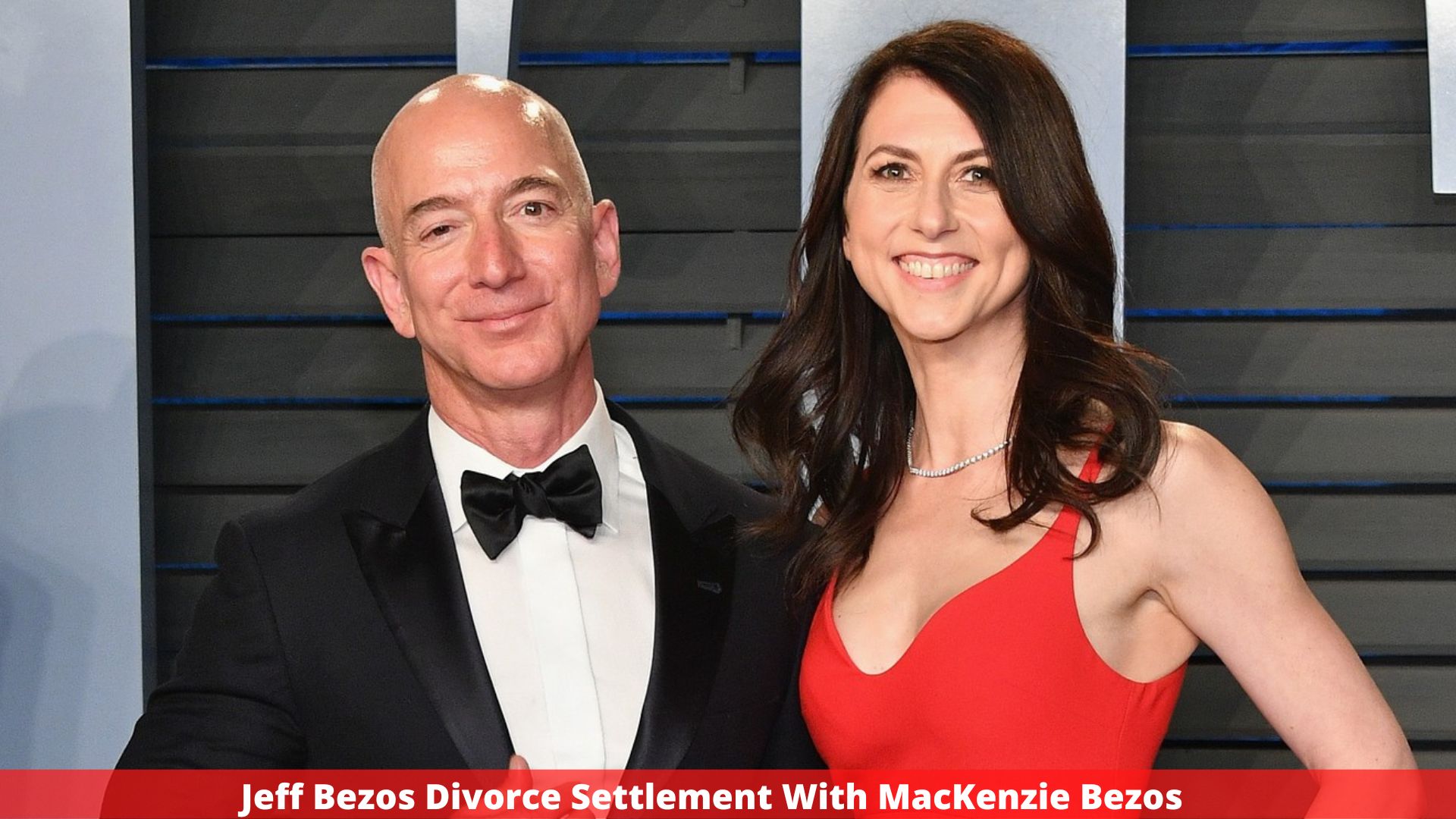 This week, Amazon billionaire Jeff Bezos will hand over a 4% interest in the online shopping giant to his soon-to-be ex-wife MacKenzie Bezos, completing the world’s largest divorce settlement.

A judge is likely to sign legal documents transferring the $38 billion (£29 billion) in Amazon stock to MacKenzie Bezos. The previous record for the highest divorce settlement was $2.5 billion awarded to Jocelyn Wildenstein when she divorced art collector Alec Wildenstein in 1999.

MacKenzie Bezos, a 49-year-old author, will become the world’s fourth-richest woman after the settlement, and she has already pledged to give away at least half of her fortune.

MacKenzie, who married Jeff in 1993, a year before he founded Amazon in his Seattle garage, has declared she has “a disproportionate amount of money to share” and has committed to giving it away “until the safe is empty.”

She made the announcement in a letter to the Giving Pledge, a philanthropic movement founded by Warren Buffett and Bill Gates, the founder of Microsoft, to inspire the world’s wealthiest people to pledge to give away at least half of their fortune to charity.

Despite handing out such a large sum, Jeff Bezos will remain the world’s richest person, with a fortune of $118 billion. He isn’t a member of the Giving Pledge. He has donated $2 billion to the Bezos Day One Fund, which is less than 2% of his fortune, to help end homelessness and enhance education for children from low-income households.

In a tweet, he thanked his ex-wife, linking to her Giving Pledge letter. He stated, “MacKenzie is going to be brilliant, intelligent, and effective in philanthropy, and I’m proud of her.” “Her letter is very lovely. MacKenzie, go get ’em.”

What Is Jeff Bezos’ Net Worth?

Jeff Bezos is a philanthropist, businessman, and space explorer best known for launching Amazon.com in the United States. Jeff Bezos, the company’s founder, CEO, president, and chairman of the board is in charge of Amazon.com. He became the first individual to surpass Bill Gates in terms of fortune in July 2017. He was the world’s wealthiest person without fail between October 2017 and January 2021.

Jeff Bezos has a net worth of $169 billion as of this writing.

According to the company’s most recent SEC filing, Jeff owns 55 million Amazon shares or around 12% of the total outstanding. He had 80 million Amazon shares at one point. As part of his April 2019 divorce deal with MacKenzie Bezos, Jeff gave her 19.7 million shares. At the time of the transfer, the shares were worth $36 billion. As a result of the settlement, Jeff’s net worth was temporarily reduced from $150 billion to $114 billion. Jeff was also a pre-IPO investment in Google.com, and he now holds Alphabet Inc stock worth at least $1 billion.

For much of the 2000s, Jeff was not even in the top 10 or top 20 of the world’s wealthiest people. Amazon’s stock began to rise in late 2014. In July 2015, Jeff’s net worth was $50 billion. In less than two years, his net worth (and stock) had doubled. Bezos surpassed Bill Gates as the world’s richest person on July 27, 2017. In September 2018, Amazon’s market value topped $1 trillion. At the time of his divorce, he still owned 80 million shares. Jeff’s net worth is currently at an all-time high of $170 billion.