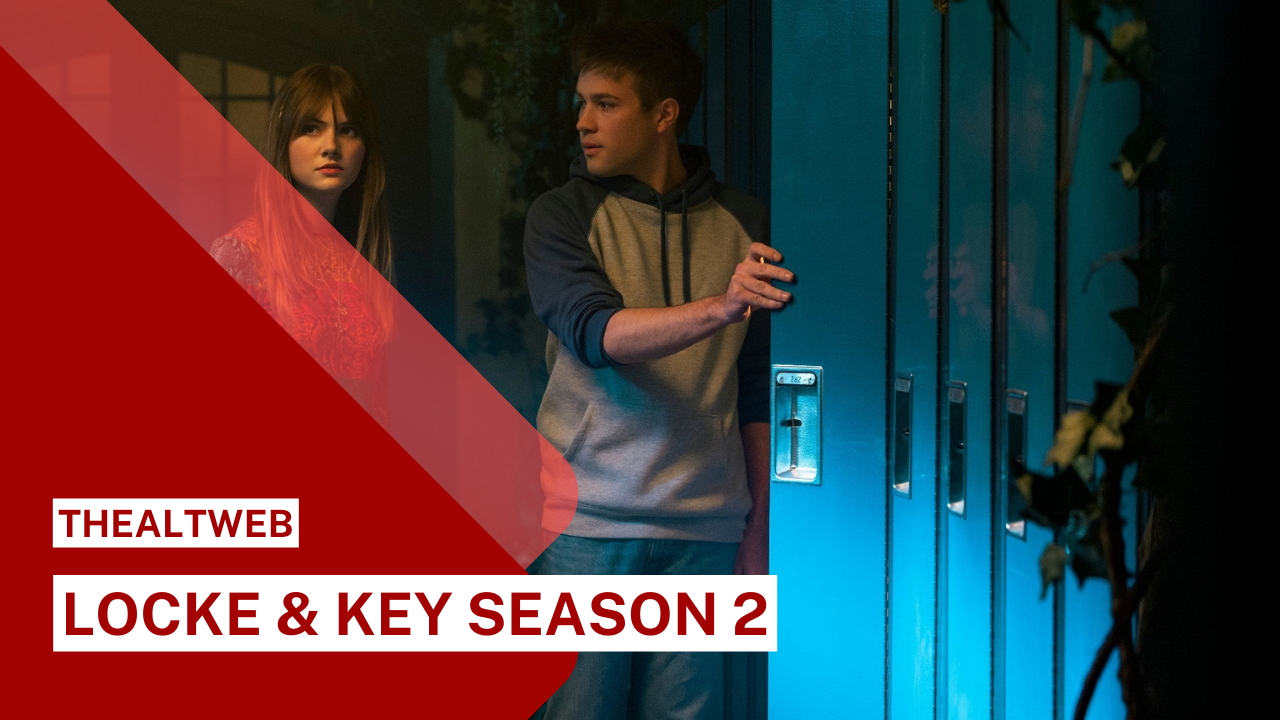 Netflix has finally cracked the code to unlock Joe Hill and Gabriel Rodrguez’s comic books Locke & Key for the small screen, after years of attempting.

After a nearly decade-long journey to television, the streamer released the 10-episode first season of the IDW comic book adaption on February 7, 2020. The supernatural horror drama opened the door and unleashed the story of one family’s struggle with grief amid their ancestral home’s wondrous yet dangerous maze of magically locked doors and a powerful demon’s desperate attempt to steal their keys, redeveloped from a Hulu pilot with a brand new cast and scripts — as well as a partially new creative team led by Hill, Lost’s Carlton Cruse, and The Haunting of Hill House’s Meredith Averill

The story of the three Locke siblings and their mother, Nina, who relocate into their father’s enigmatic boyhood house after he is murdered is a blend of fantasy, horror, and coming-of-age drama that has garnered widespread attention.

Locke & Key’s ability to skillfully weave together themes of magic, death, monsters, and family has also helped it become a Netflix sensation. Executive producer Carlton Cruse announced in late January 2020 that writing on the second season had started before the first. Then, in late March 2020, Netflix announced that the second season of Locke & Key was in the works.

If you’re curious about what the new episodes could be about, who will feature in them, and when the Locke brothers will return, let us fill you in on everything we know so far about Locke & Key season 2.

When will Locke & Key season 2 be released?

Season 2 of Locke & Key has yet to be announced, but previous seasons have given us some hints as to when it could air.

Though Netflix’s rendition of the Locke siblings’ exploits took only a year to complete, writer Joe Hill and illustrator Gabriel Rodrguez’s dark and surreal universe full of enticing dread was optioned for a TV adaptation over a decade ago. Steven Spielberg, Josh Friedman, and Alex Kurtzman, and Roberto Orci, writers for Star Trek and Transformers, were the first to film a Locke & Key pilot in 2010, starring Mark Pellegrino (Supernatural) and Miranda Otto (The Chilling Adventures of Sabrina).

The series was even shown at San Diego Comic-Con, but it never progressed past the first episode, and Kurtzman and Orci’s intentions for a movie trilogy were also shelved. Hulu reported in April 2017 that it has awarded a pilot order to a Carlton Cruse-developed adaptation of Hill’s narrative, with the graphic novelist and Stephen King’s son scheduled to create the script.

Before the Disney-owned streamer gave the series a second chance, Scott Dickerson of Dr. Strange and Andy Muschietti of It were both attached to direct. Later, Netflix took up the series, which went into early production in February 2019 and was completed a year later.

Fans won’t have to wait another ten years to see fresh episodes of Locke & Key, based on how quickly Netflix produced the first season. Given that Hill has already begun writing season 2 scripts, the next set of episodes should arrive in late winter or early spring 2021, if Locke & Key is officially renewed.

The Locke family is at the heart of Locke & Key, and their presence in both Massachusetts and the Keyhouse sparks a cyclone of magical and ordinary activities. Bode, the youngest sibling, is played by Jackson Robert Scott (It); Kinsey, the middle kid, is played by Emilia Jones (Brimstone); and Tyler, the oldest sibling, is played by Connor Jessup (Falling Skies). Darby Stanchfield (Scandal) plays their mother Nina, while Bill Heck plays her late husband Rendell. Aaron Ashmore (Killjoys, Smallville) plays Duncan Locke, the Locke brothers’ slightly strange and forgetful uncle.

The young Locke three is joined by various friends and adversaries as they navigate the difficulties of high school and a magical mansion full of wonder and horror. Gabe (Griffin Gluck) and Scot, fellow students, were among their sympathizers (Petrice Jones).

While there’s no word on who could join the Lockes and their inner circle in season 2, the events of season 1 suggest that the majority of the cast will be back. However, there are a few whose tenures at Keyhouse have come to an end, notably Williams’ Ridgeway, who is killed by a former pupil. Ellie, played by Saum, is also caught up in one of Dodge’s schemes, although the circumstances of her “death” leave the door open for a possible comeback.

What happens in season 2 of Locke & Key?

The Locke siblings uncover a set of mystical keys that open strong doors concealed throughout their new house in the first season of Locke & Key. One allows you to access other people’s brains, while others allow you to create fires, bring the dead back to life, or change your identity. The Omega Key, which unlocks a dimensional vortex hidden underneath Keyhouse, is the most powerful of them all. It’s the origin of the demon Dodge, as well as the key she seeks from the Lockes.

“I don’t know when we’ll go back into production,” Averill said on Twitter, “but days, where I get to Zoom with [Gabriel Rodrguez] about the design of new keys, make me very, very pleased.” “You guys are the best, and I’m thrilled to be requested to make some wonderful surprises for viewers,” Rodrguez said after confirming that they were working on keys.

The real question is how these additional keys will fit into the tale as it now stands.

Dodge has stolen the Shadow Key and unleashes its dark, deadly army on the Locke family and Keyhouse at the opening of the Locke & Key season 1 finale. Tyler, Kinsey, and Bode use their own keys’ power against the demon in a fight for their lives before temporarily gaining the upper hand. They use it right away to return her via the interdimensional portal.

The Lockes decide to stay in Matheson now that the monster is out of sight and mind. However, it is soon discovered that Dodge, who has assumed the identity of Kinsey’s buddy Gabe, duped them by using the Identity Key on Ellie. While mistakenly letting out another demon that has now possessed another person, the teenagers send their father’s old acquaintance through the portal, rather than Dodge.

While no official storyline information has been released, it appears as Locke & Key season 2 will begin right now. Dodge’s new intentions to infiltrate the Locke family from the inside will most likely be the emphasis of the plot, as the kids discover new keys and new means to resist the demon’s sinister schemes.

In one interesting development, growing interest in the Locke & Key comic book adaptation has prompted Joe Hill and IDW to commission additional stories set in Lovecraft’s fertile realm. The first issue of Locke & Key: In Pale Battalions is now out, and it contains a character from the TV show who is used in ways not seen in the comic.