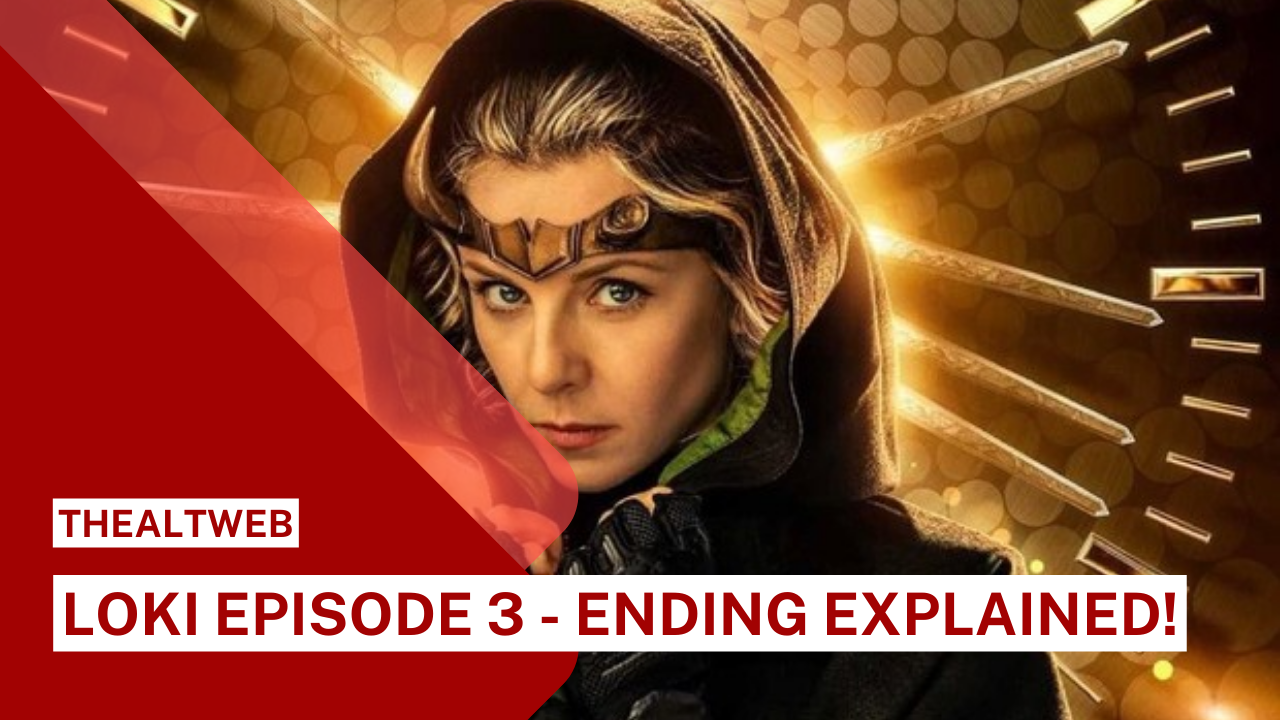 One week after the conclusion of Episode 2, a new episode of “Loki” appeared on Disney+, leaving us with even more questions. Who is the evil Variant of Sophia Di Martino? Why is she so determined to destroy the Sacred Timeline? The goal of Episode 3 was on building a unique relationship between Loki and this new Variant. It brought fans to new places and extended the chronology a bit farther.

In the end, it’s a shame that Owen Wilson’s Agent Mobius didn’t show up to chastise Loki for fleeing and abandoning him in RoxxCart during the 2050 hurricane. However, because of all the helpful explainers regarding the Variant’s abilities, her prospective role in the Marvel Cinematic Universe, and what this may imply for our Loki, the episode provided us with much to unpack. Everything about the narrative and conclusion of “Loki” Episode 3 is discussed here.

Margaritas are fantastic – and magical.

Surprisingly, the episode doesn’t begin with Loki and the Variant walking through the Time Door in RoxxCart; instead, director Kate Herron and writer Bisha K. Ali invite the audience, as well as the Variant and Sasha Lane’s Hunter C-20, out for drinks. They’re drinking margaritas at a reportedly shady dive bar, but it’s all a ruse so Lady Loki (assuming she is that version of the Asgardian at all) can extract TVA information from C-20.

This “Inception”-style approach, as we find at the conclusion of the episode, is one of the Variant’s outstanding skills that Loki doesn’t appear to have – different Loki, different powers. Lady Loki is a strong opponent because of this enchanting ability, because how can anybody know what’s real if she can make them feel they’re somewhere else only to pull secrets and information out of them? (I’ll get into that later.)

Anyway, the Variant knows that the elevators to the Time Keepers’ chamber are behind a set of gold doors, owing to a tired confession from Hunter C-20. It’s still unclear what she’d do if she came face to face with the Space Lizards – the implication is that she’d kill them, but her intentions appear to be more complicated. Before Ravonna Renslayer (Gugu Mbatha-Raw) can execute them both, Loki drags the villain through another Time Door. Loki may have spared their lives, but he also left them stuck in another catastrophe.

Loki’s Lament is a poem written by Loki (is)

Loki hurled the couple onto the doomed moon of Lamentis-1 in 2077, draining the power out of the time-traveling TemPad gadget in the process. While this place isn’t as well-known as Xandar, Sakaar, or Hala in the comics or the MCU, it does make a brief appearance in the 2007 “Annihilation: Conquest” prelude comics. Is this a signal that Annihilus, the extraterrestrial bad guy, is on his way? Perhaps, but it feels more like an Easter Egg than a true tease for this long-running Marvel Comics villain at this point.

The mining colony and everyone living on the moon is set to be wiped out by the coming planet above it as Loki and the Variant arrive unless they can escape aboard a nearby spacecraft. After some deception, the nefarious pair sneaks on board a train bound for the Ark, the evacuation boat. With some free time on their hands, the dreadful duo talks about their lives and their individual strengths. It’s the episode’s strongest sequence because, like Loki’s time-therapy discussions in the first two episodes, it pushes the trickster to reconsider his own existence.

Meanwhile, it’s unlikely that viewers expected to hear what the God of Mischief had to say about love. In the MCU, we’ve never seen him in a romantic relationship, but it’s evident that he has complex thoughts about love, comparing it to a dagger and stating that it may vanish in a moment. Loki also discloses that he’s bisexual in this calm, heartbreaking scene, which director Kate Herron subsequently verified on Twitter. Of all, he’s already a gay figure in Norse mythology, and in the comics, he’s gender flexible — but it’s nice that the MCU has finally acknowledged that.

Sylvie is a woman with many secrets.

Though many thought the blonde trickster in “Loki” was Lady Loki, Episode 3 seemed to show that this was not the case. She continuously chastises our trickster for referring to her as a Loki, finally revealing that her new moniker is Sylvie — a revelation revealed in the foreign credits of Episode 2 a week prior. This is when things start to get tricky. Sophia Di Martino does, after all, look like Lady Loki (although with blonde hair) and wears a Loki-inspired dress. But, because she goes by the name Sylvie, the MCU appears to be transforming her into another figure at the same time: Enchantress.

Sylvie, on the other hand, begins to divulge details about her past prior to the events of the series, claiming that she has spent her whole life on the run from the TVA. If that’s the case, it creates a lot of issues about where she came from in Loki’s chronology, and if she’s a Loki variation at all. But she didn’t stop there.

After the pair of Lokis are pushed from the train bound for the Ark, the episode’s most shocking discovery occurs. As they go through Lamentis, Sylvie reveals that Hunter C-20’s mind was “messed up” and “clouded,” noting that C-20 had to rummage through memory from hundreds of years before she joined the TVA. Until now, viewers have been made to assume that when the Time Keepers formed the TVA, they also produced all of the agents like Mobius, Ravonna, and Hunter C-20 — but this isn’t the case.

Sylvie discloses that everyone in the TVA, including herself and Loki, is a variation. So does this imply Mobius is infatuated with jet skis because he enjoyed them in his previous era as well? Which timelines did the TVA agents come from? How did the Time Keepers gather them into this gigantic bureaucracy following the Multiverse War? And how does Sylvie know so much? These are only a few of the issues that this scene presents.