Making The Cut Season 3 – Everything We Know! 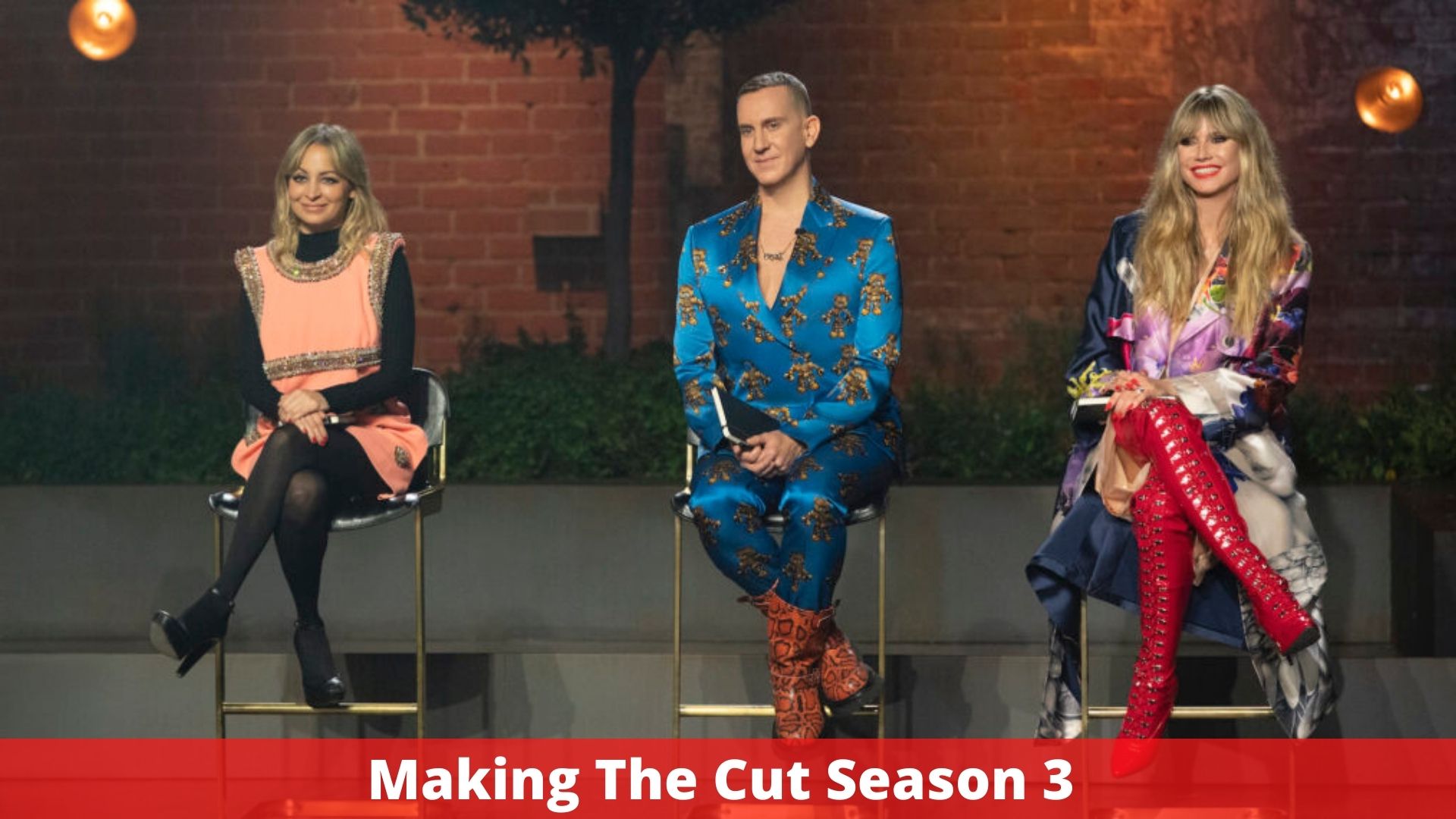 Season 3 of Making the Cut is here, and a few judges are returning as well. The highly anticipated fashion competition series on Prime Video will return this summer after a spectacular second season.

The next season will feature ten exceptional designers competing in even more difficult creative tasks in the hopes of winning not only first place but also a hefty cash prize. Though additional details about the third season will be revealed in the coming weeks, the first look at the upcoming episodes so far reveals that Nicole Richie and Jeremy Scott will be joining Heidi Klum and Tim Gunn on the judging panel.

In an official statement, Heidi Klum remarked, “I am excited for Making the Cut to return this summer for its third season.” “It was wonderful to see Tim, Nicole, and Jeremy again as we looked for the next big global fashion brand among our most creative group of designers yet!” The fashion this season has far beyond our expectations, and there are so many incredible styles that I can’t wait to try on.”

Here’s all you need to know about Making The Cut’s third season thus far.

Season 3 Of Making The Cut Will Be Released This Summer

The third season of Making The Cut is set to begin this summer, though an official timetable has yet to be released.

Los Angeles Will Be The Setting For The New Season

The future episodes, like the second season of Making the Cut, are shot in Los Angeles, with the city’s eclectic fashion scene serving as the show’s go-to background. Famous places such as Rodeo Drive in Beverly Hills, the unusual desert backdrop of Vasquez Rocks outside of the city, and a rooftop of skyscrapers overlooking DTLA will be among the runway settings this season.

Nicole Richie And Jeremy Scott Will Be Season 3 Judges

Season 3 will include the return of some of our favourite industry legends who will join Klum and Gunn, with the show’s premise involving a rotating panel of judges, including the likes of Naomi Campbell, Carine Roitfeld, Joseph Altuzarra, and more in the past. Nicole Richie, actress and House of Harlow 1960 creative director, as well as top designer Jeremy Scott, will serve as judges this time around, with more guest judges throughout the series to be disclosed at a later date.

Season 3 Will Include Even More Extreme Challenges

This season will feature 10 up-and-coming designers and businesses from around the world as they compete for first place, but not before putting up a fight. Season 3 is slated to have the most severe design challenges yet, as well as a lot of really significant brand collaborations. However, the competition will be well worth it, as the winners of each challenge will have their designs sold in Amazon Fashion’s Making The Cut store.

As Always, The Winner Will Be Awarded Some Fantastic Prizes

Making The Cut Season 3’s winner will get a grand reward of $1 million to invest in their business, as well as mentorship from Amazon Fashion. Furthermore, the winner will get the opportunity to collaborate with Amazon Fashion to build an exclusive co-brand and sell their prized designs in its store.

Check back here for additional updates as we wait for the third season of ‘Making The Cut’ to premiere on Prime Video.