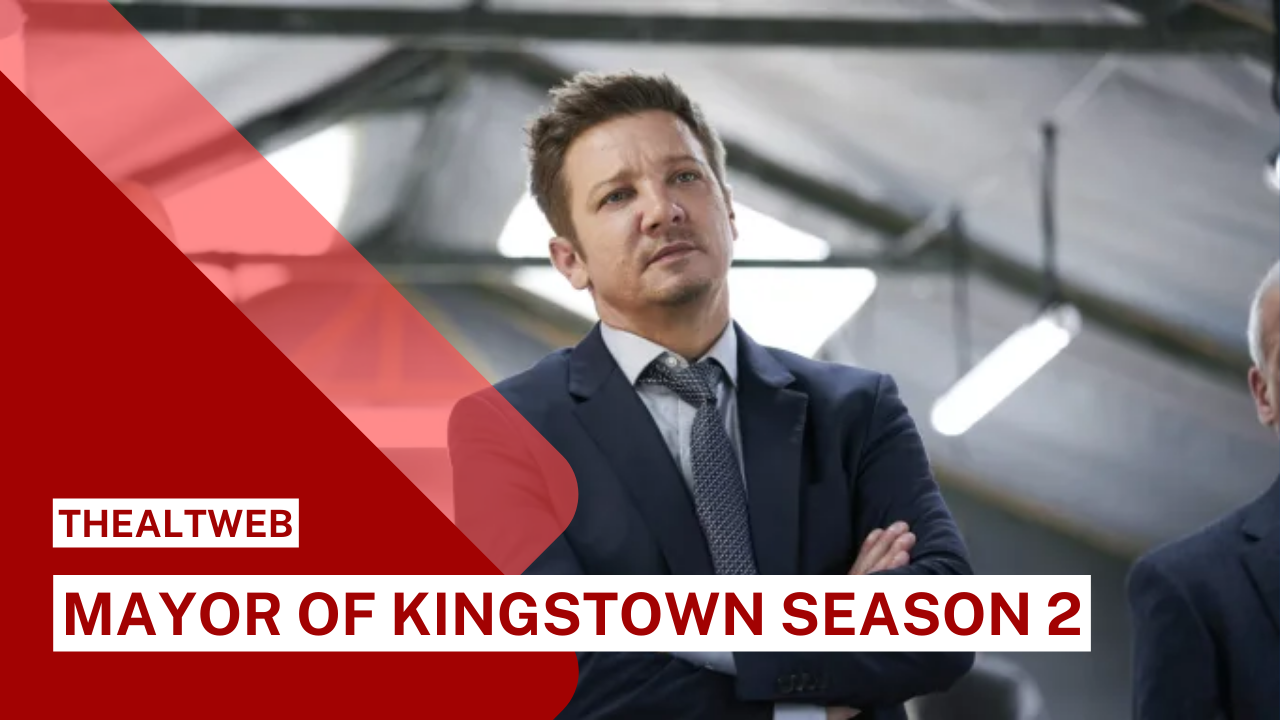 Season 1 of “Mayor of Kingstown” comes to a close with a bang, leaving the question of whether there are enough unfinished plot threads to merit a Season 2. The sitcom is set in Kingstown, Michigan, and is co-created by Taylor Sheridan and Hugh Dillon (who also plays Ian). Mike McLusky, whose family is in the “business of incarceration,” is played by Jeremy Renner. Mike’s role is to function as a go-between between the inmates, their families, law enforcement, and the leaders of the prison’s warring groups.

Mike is enslaved to the Rust Belt town, a harsh, desolate wasteland where sorrow thrives. Mike longs to flee Kingstown, but the violent murder of his brother Mitch (Kyle Chandler) pushes him to stand up, bargaining agreements to avoid a powder keg from exploding and brokering peace between people desperate for any excuse to act on their darkest impulses. Mike’s life is further complicated by his tense connection with his mother, Miriam (Dianne Wiest), as well as an old foe who wants to exploit him to advance a secret purpose.

“Mayor of Kingstown” examines the racial inequities in the American correctional system and raises important concerns regarding cyclical violence and how it erodes empathy, desensitizing people who are exposed to it to its horrors. Season 1 is a steady build that culminates in a startling rebellion that threatens to revolutionize everyone’s life. Here’s everything we know so far about Season 2 of “Mayor of Kingstown.”

When will the second season of Mayor of Kingstown be released?

On February 1, 2022, Variety revealed that “Mayor of Kingstown” has been renewed for a second season, less than a month after the Season 1 finale aired. The announcement, however, lacked a release date, leaving the production period to speculation.

Sheridan’s “Kansas City,” featuring Sylvester Stallone as a New York City gangster who takes over the organization’s western area, is expected to start filming in March. The multihyphenate creator, who appears to concentrate on only one season of a show at a time, is giving up some control over his projects. Despite this, he continues to write episodes for two additional programs, including “Lioness,” about a female CIA operative, and “Land Man,” about the West Texas oil boom (via Deadline).

Despite the fact that “Yellowstone” has not yet been formally renewed for a fifth season, Deadline reports that filming will begin in May. On Rotten Tomatoes, “Mayor of Kingstown” has an average audience score of 86 percent, despite not being a critical success (32 percent approval among critics). According to Variety, 2.6 million people saw the show’s premiere, indicating that there is some interest in its return. With that said, “Mayor of Kingstown” might begin production in late summer or early fall 2022, with new episodes premiering in 2023 at the earliest.

Who will star in Season 2 of Mayor of Kingstown?

The remainder of the cast, on the other hand, seems entirely disposable or underutilized. All bets are off after Kyle Chandler’s Mitch doesn’t make it past the first episode. Unfortunately, Oscar winner Dianne Wiest, who plays matriarch Miriam McLusky, does not receive much screen time. That might change if Season 2 looks more into Mike and Miriam’s fractious relationship.

Taylor Handley, who played Kyle McLusky on “The O.C.,” is expected to stay for a second season since losing two brothers, especially one with a kid on the way, would be too terrible for Mike. Mike’s Girl Friday, Rebecca (Nichole Galicia), Season 1 standout Bunny (Tobi Bamtefa), and homicide detective Ian are among the cast members (Hugh Dillon). Because the series has a revolving door of criminals, doomed prison guards, and cops who aren’t long for this world, there are plenty of opportunities to introduce new characters in addition to the anticipated return of these iconic supporting characters.

What happens in Season 2 of Mayor of Kingstown?

Backstories for the primary characters in Season 1 of “Mayor of Kingstown” are more inferred than detailed. Mike and Mitch are introduced as self-proclaimed advocates for inmates in the early episodes, but this idea is quickly abandoned as Mike deals with countless ongoing vendettas.

How did the McLuskys get to be so powerful and influential? Mike’s history with Milo Sunter (Aidan Gillen) Mike is a convicted felon, so how does he have unrestricted access to crime scenes? Apart from their vocation, what drives Miriam to cut relations with her eldest sons?

How can Mike possibly avoid the ramifications of murdering a house full of criminal bikers? How does the town recover from the bloodshed following the jail insurrection, and what role does Mike play? Instead of stringing together a series of violent encounters between those who relinquish power and the subjugated, Season 2 needs to address these problems.

Family, land, legacy, and loyalty are all motivations in “Yellowstone.” However, aside from revenge, the reasoning for the actions of the individuals in “Mayor of Kingstown” remains unexplored in this Taylor Sheridan universe drama. Sheridan appears to have laid the seeds for future story arcs; all viewers have to do now is watch them grow.