Moon Knight Episode 6 – All You Need To Know! 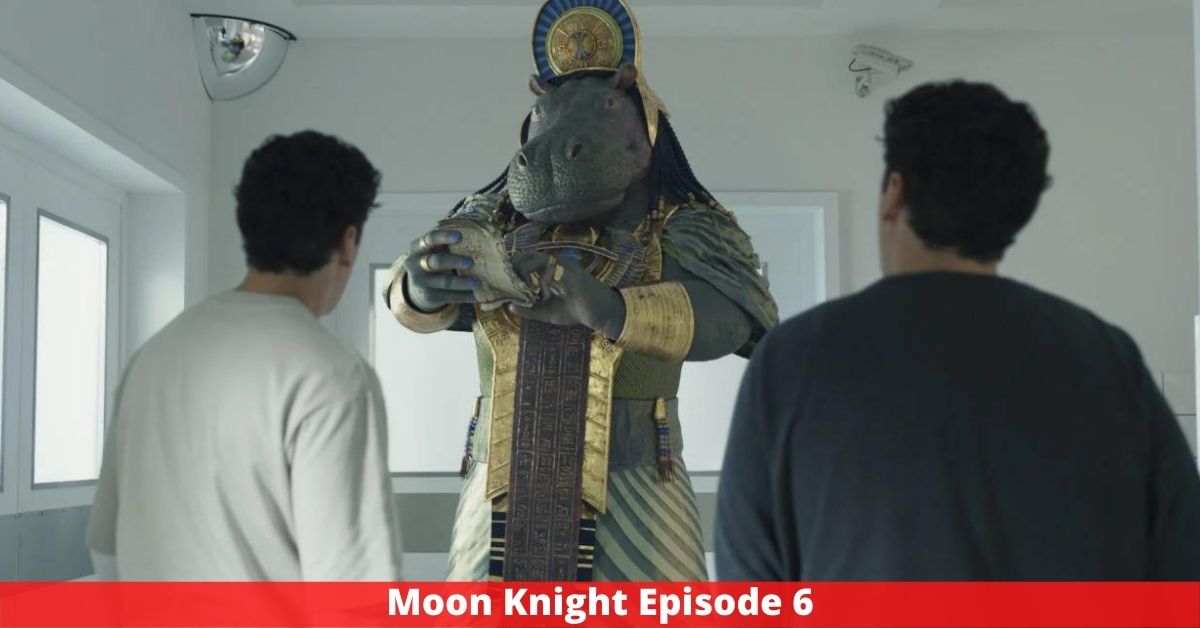 Moon Knight has proven to be one of the most mind-bending MCU TV programs to date since its March 30th release on Disney+.

With each new episode, more questions have arisen, and after the show’s fifth chapter’s dramatic cliffhanger, viewers are anxiously anticipating the next installment.

But when will Moon Knight episode 6 be released, and what can fans expect in the next chapter?

Moon Knight Episode 6 is premiering on Disney+ on Wednesday, May 4th, 2022 at 12 a.m. Pacific Time in the United States.

The new episode, like all major Disney+ releases, will be distributed simultaneously around the world.

This refers to the fans living in various time zones:

The episode, titled Asylum, started off where episode 4 left off, with the shocking cliffhanger that Marc Spector and Steven Grant had died after being shot by Arthur Harrow.

The couple teamed together in Episode 5 to try to discover a path back to the living world, but it was a race against time before they become permanent fixtures in the Egyptian realm of the dead, the Duat.

Marc and Steven had to balance their scales with the help of the hippo goddess Taweret by coming to terms with the trauma that caused their dual personalities.

We saw how the trauma of Marc’s childhood, including the loss of his brother and abuse from his mother, led to the development of dissociative identity disorder and the creation of the Steven Grant personality, modeled on the explorer from an Indiana Jones-style film.

The episode finished with Steven falling from the boat that was transporting them through the underworld, forcing Marc’s scales to balance and landing him in the Field of Reeds, a paradise.

The Moon Knight conclusion has yet to be officially announced by Marvel, but the internet is buzzing with rumors and potential leaks about what we might expect.

According to Inverse, the episode’s runtime will be in the range of 42-45 minutes, making it the shortest finale episode in any of Marvel’s live-action shows thus far, with only What If…? being shorter.

Meanwhile, the last episode will be named Gods and Monsters, according to Comic Circus.

One thing we know for sure about the Moon Knight finale is that Marc Spector will have to find a way out of the Egyptian underworld and back into the living world in order to rejoin with Khonshu and take on Arthur Harrow.

There’s also the possibility that Khonshu will try to turn Layla into his avatar, as well as the small matter of learning more about Marc’s strange third personality.

What next we can expect from Moon Knight?

The sixth episode of Moon Knight is also the show’s final episode, bringing the series to a close for the time being.

Moon Knight was marketed as a limited mini-series before its premiere, implying that a second season is improbable, as limited series convey their storylines over only one season.

That doesn’t mean we won’t see Oscar Isaac’s character again; according to IGN, Kevin Feige revealed that ideas to continue Moon Knight and other shows for numerous seasons were being discussed.

“Some of the projects I mentioned that we’re about to start filming [including Moon Knight], we’re keeping in mind a framework that would lead into a season two and a season three in a more direct fashion than, say, WandaVision,” the producer explained.

Oscar Isaac confirmed in an interview with Variety that he has not signed an extension with Marvel Studios beyond the six-episode run of Moon Knight.

Also read: Never Have I Ever Season 3 – Everything We Should Know So Far

Isaac joked, “I had heard of the golden handcuffs.” “That was something I was hesitant to say. And, fortunately, we’ve all decided to concentrate on this [show].”

“And if there’s any kind of future,” the actor added, “I believe it simply depends on if people like it, if people want to see more, and if we find a story that’s worth telling.”

Moon Knight is now available to view on Disney+, following its release on March 30th, 2022.