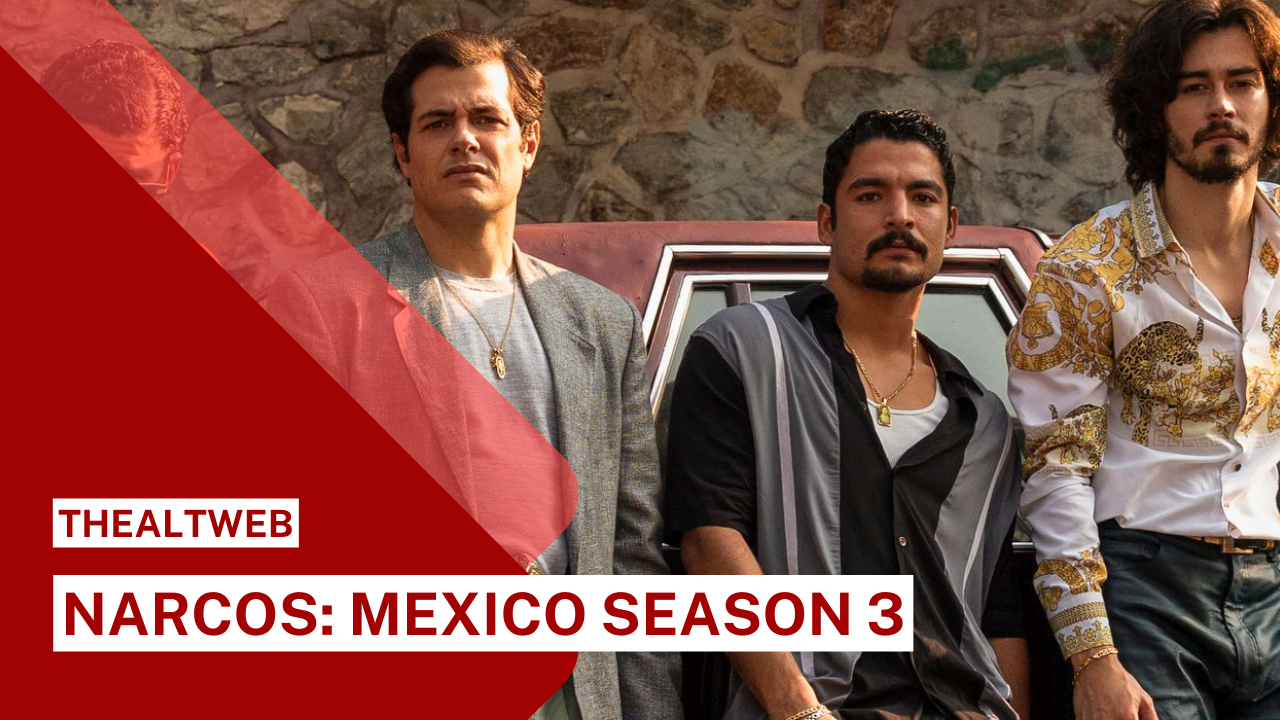 Fans of Narcos, rejoice. If three seasons of the original series followed by two seasons of the Mexico adaptation haven’t totally fulfilled your appetite for the show’s drug-fueled story, Narcos: Mexico season 3 will most certainly do so in the near future. While Netflix has not confirmed the second season, there are reasons to suspect that showrunner Eric Newman will keep the drama going.

With that in mind, let’s try to answer some of your burning questions regarding a forthcoming season, such as when we can anticipate Narcos: Mexico season 3, who will and will not be returning to the cast, and where the story will head following that unforgettable season 2 ending.

When will Narcos: Mexico season 3 be released?

While we don’t have a guaranteed release date for Season 3, we can expect it in 2022. There were 15 months of anticipation between the premiere of the first season on November 16, 2018, and the premiere of the second season on February 13, 2020. If the third season premieres in the same amount of time, we could see a May 2021 release date at the earliest. Given the current COVID-19 epidemic, which has halted film and television production around the world, a season 3 release is most likely to be pushed back until early 2022.

How do we know that filming for Season 3 has begun? Bad Bunny (Benito Antonio Martnez Ocasio), a Puerto Rican rapper who will participate in the third season as a supporting character, disclosed that the show was filming in Mexico shortly before the pandemic began in February in a May cover story for Rolling Stone magazine. Despite the fact that filming had ceased, Ocasio hoped to resume his experience on set towards the end of the year.

Who will return to the Narcos: Mexico cast for season 3?

The name Diego Luna is familiar to those familiar with Hispanic entertainment — from telenovelas to award-winning films — and maybe enough of a cause to jump on the Narcos: Mexico bandwagon.

It’s worth mentioning that if Gallardo doesn’t find a way out, there’s plenty of room on the outside for fresh characters to seize the reins of drug operations. Along with Gallardo, Rafael “Rafa” Caro Quintero (Tenoch Huerta), Ernesto “Don Neto” Fonseca Carrillo (Joaquin Cosio), and Isabella Bautista are all in prison (Teresa Ruiz). Will they be back for season three? We’ll have to wait and see.

In a recent interview with Refinery29, Luna hinted at Gallardo‘s possible return. “He’s in jail, and there are jails in Mexico that double as workplaces where you can continue to work. All you have to do now is open the newspaper. […] So just because you’re in jail doesn’t mean you’re out of business.”

However, Eric Newman told THR that the character Gallardo may have reached the end of his story. “That’s how you make a living doing these things — you keep doing it as long as you can,” Newman explained. “However, I believe [this is our final goodbye to that persona]. Diego [Luna] will be traveling to a galaxy far, far away! He’ll always be with us in spirit, and it’s been an honor to work with him for the past two years. I really like him.”

What do we know about Narcos: Mexico’s third season plot?

Narcos: Mexico delves into the origins of the modern drug war, which began with a loose and fragmented coalition of independent producers and dealers in Mexico. Through his Guadalajara Cartel in the 1980s, Félix Gallardo was the first to investigate the unity of traffickers in order to construct an empire. DEA agents Kiki Camarena (Michael Pea) and Walt Breslin are at odds with his operations (Scoot McNairy).

After Gallardo was imprisoned, the most recent series finished with an intense confrontation between Breslin and Gallardo. The next bosses for a hypothetical new season set in the 1990s are set to be El Chapo of Sinaloa (Alejandro Edda), Amado Carrillo Fuentes of Juarez (José Mara Yazpik), and Benjamn Felix of Tijuana (Alfonso Dosal). We expect Breslin’s attention to shift to leading DEA forces against these new “threats.”

We expect the third season to continue to bring narrative shocks, disappearances, and intriguing new characters, with jail, death, and crime running rampant throughout the first two seasons. Until then, who will be the next Narcos: Mexico drug lord?