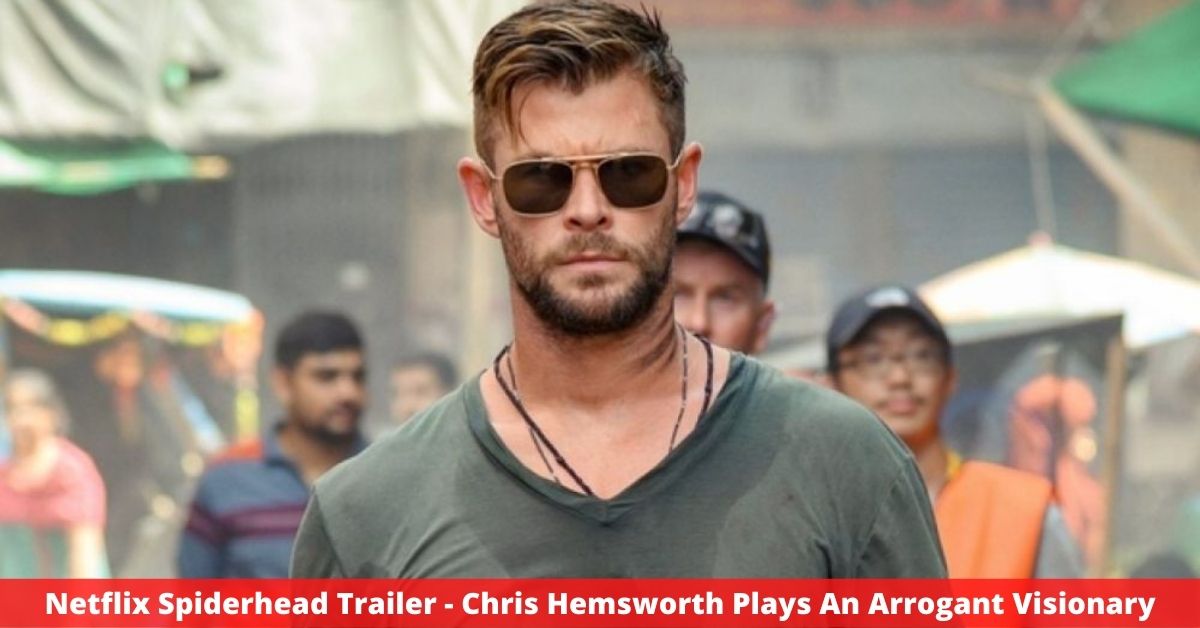 The first trailer for Spiderhead, Netflix’s upcoming big-budget psychological thriller, has been released.

The Spiderhead teaser takes us to a realm in which Chris Hemsworth’s character Steve Abnesti conducts drug research on humans, including Miles Teller, who lose control of themselves as soon as the drug is taken.

The Netflix film is set in the near future, in a society where convicted criminals are given the opportunity to volunteer as medical subjects in exchange for a reduced sentence.

Hemsworth plays Steve Abnesti, the experiment’s overseer, who is in charge of delivering one convict a novel medicine that induces feelings of love. Teller’s Jeff, the prisoner, develops feelings for another inmate named Rachel, but after learning about the trial, he begins to doubt his feelings. As time goes on, Jeff sets out to try to outsmart the prison’s experiments and save her.

The film was directed by Joseph Kosinski, who is ready to thrill us all with his long-awaited Top Gun sequel, and the script was written by Deadpool writers Rhett Reese and Paul Wernick.

On June 17, the film, which was shot in Hemsworth’s native Australia, will be released on Netflix. At Netflix’s upcoming Geeked Week event, expect to see some sort of footage as well.

Hemsworth isn’t only the actor of Spiderhead; he’s also one of the producers, and you can bet he played a huge role in the film’s approval.

The role of Abnesti is a departure from Thor: Love and Thunder’s usual fare, which has mostly consisted of action man roles like Extraction and 12 Strong when he hasn’t been working in the Marvel Cinematic Universe. He’s playing a scientific visionary who is determined to use human guinea pigs to find a cure for all manner of diseases. Sanders is charming and clever in the novel, two attributes we know Hemsworth possesses in plenty.

This isn’t the first time he’s played a part like this. As Billy Lee, the charismatic head of a violent cult, he was a bright spot in the drab thriller Bad Times At The El Royale. The film will be in good hands if he can transfer any of that performance here.

We’ll be spending a lot of time inside four walls based on the trailer, so we’ll hope the chemistry between Hemsworth, Teller, Smollett, and Haubrich is electric and can carry the film.