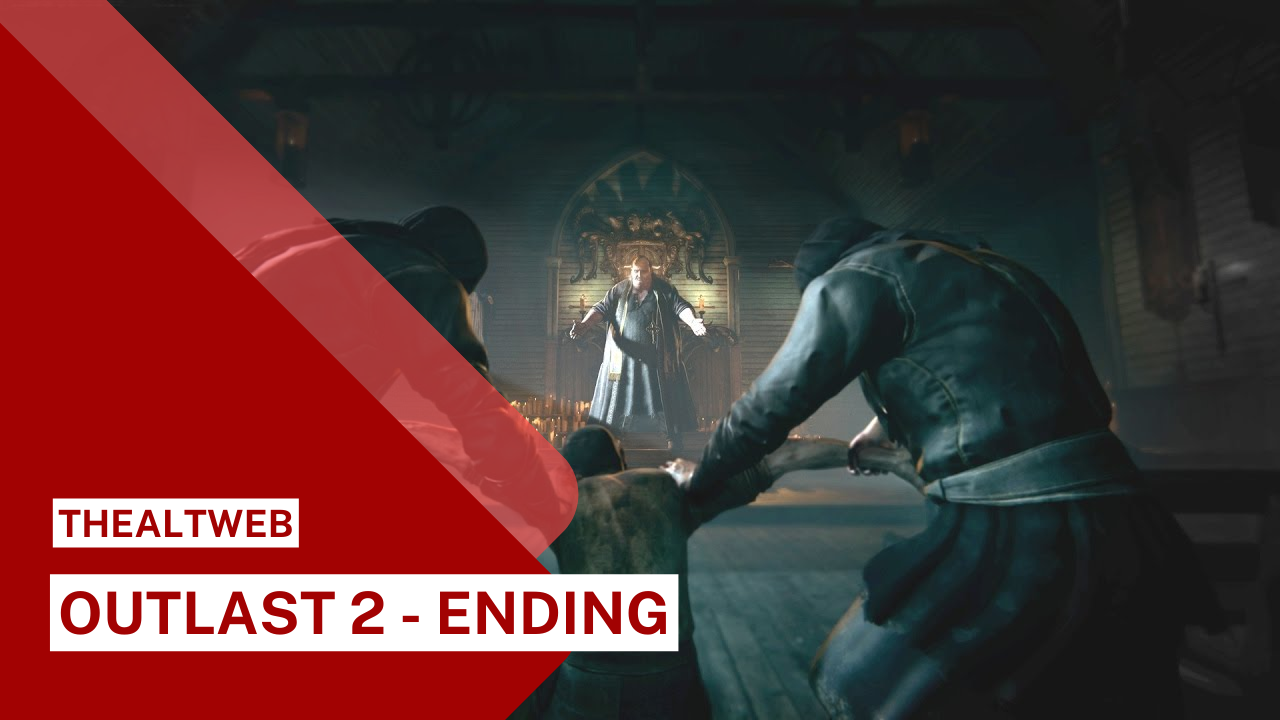 Blake and Lynn Langermann, a husband and wife team, journey deep into the Arizona desert to investigate a woman’s mysterious death in “Outlast 2.” “Outlast 2,” one of the creepiest games of the previous decade, gives players just a camera to use as they face a mystery cult while avoiding being killed. Blake’s unresolved anguish over the murder of his childhood friend Jessica Gray, with whom he attended Catholic school, is exposed throughout the course of the game. “Outlast 2” also includes flashbacks to Blake’s youth as well as the present plot of Blake and Lynn attempting to survive the cult.

Two surprises await you at the end of the game. Players find not only how Jessica died, but also that Lynn has miraculously grown nine months pregnant and is going to give birth, leading to the story’s denouement.

There are big spoilers for “Outlast 2” as well as a mention of suicide in the following paragraphs. Readers should exercise caution while proceeding.

Is the world ending?

Lynn gives birth to the kid but dies in the process after becoming pregnant in an unusual way. Knoth, the cult’s leader, rambles on about how he’s murdered all of his own children, yet “God is still mute.” The youngster is to be killed, according to Knoth. The sun explodes, putting Blake into another flashback after he flees the cult and travels through the hamlet with the infant.

Not everything is as it seems in this horror game, and fans have a variety of opinions about how it will finish. Most of what is seen is an illusion, according to Reddit user u/raadcad. According to this notion, the Murkoff Corporation constructed radio towers across the city. The signal from these towers drove everyone nuts, causing everyone to imagine Lynn’s pregnancy and believe Lynn’s “kid” is the Antichrist.

Because the Murkoff Corporation was engaged in the first “Outlast,” it shouldn’t come as a surprise. A series of comics created by the developer Red Barrels, which can be read for free on its website, has proven at least part of this notion.

The explosion, which was caused by one of the radio towers rather than the sun, is the only portion of the finale that is thought to be authentic. Blake’s fate is still unknown.

The death of Jessica

There are two alternate endings in the game that are intertwined. Jessica’s past is depicted in flashbacks throughout the game, including one in which she appears to have committed herself. Father Loutermilch, a priest who serves as the major adversary in the flashback sequences, finds Jessica and the two of them in one of the last flashbacks. Loutermilch sends Blake away, but Jessica can be heard pleading for aid and urging Loutermilch to stop once they have walked a set distance. Blake discovers her, her neck snapped, on the stairwell. At the end of the game, right before the credits, the last sequence with Blake praying with Jessica is shown.

The memories, according to Reddit user u/Smiis, are aired in reverse order, with the early flashbacks of Black being chased occurring after Blake watched Loutermilch accosting Jessica. They believe Loutermilch covered up Jessica’s murder by portraying it as suicide, and Blake has suppressed this memory out of remorse for not being able to assist her.

While there are few direct connections between “Outlast” and “Outlast 2,” the series’ future promises to shed light on these enigmatic games. Although a handful of the papers uncovered in the game appear to allude to the Murkoff Corporation’s wrongdoings, nothing concrete has been disclosed. In reality, these records and the comics are the sole evidence that the Murkoff Corporation was involved in these heinous operations. In the realm of “Outlast,” however, Murkoff may yet be revealed.

“Outlast Trails,” a cooperative survival horror game based in the same setting, has previously been revealed by Red Barrels. The game will take set during the Cold War when the Murkoff Corporation develops superior mind control and brainwashing techniques – which seems like it will deal with some of the disturbing real-life events that inspired “Outlast.” Although no release date has been set for the game, a teaser trailer has been released.

Perhaps the mysterious ending of “Outlast 2” can be fully explained by delving into Murkoff’s unknown past.