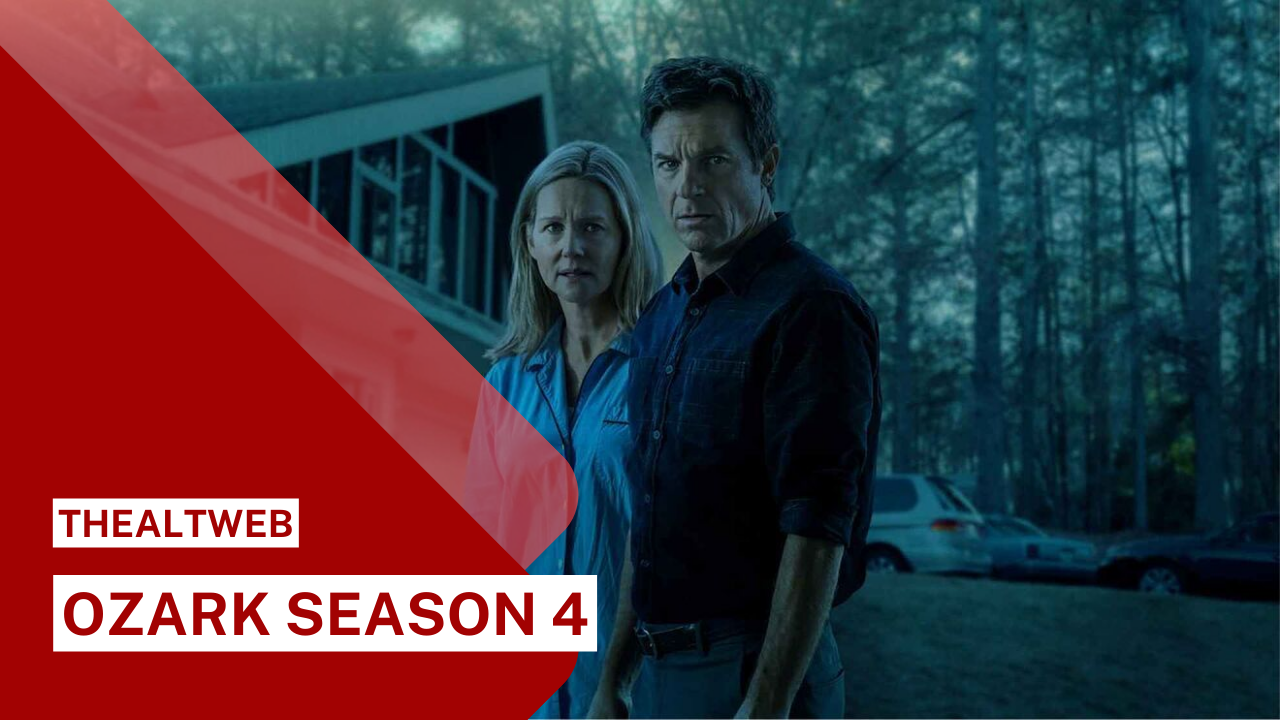 The story revolves around financial adviser Martin “Marty” Byrde, whose botched money laundering compels him, his wife Wendy (Laura Linney), and their two daughters (Sofia Hublitz and Skylar Gaertner) to leave the Chicago suburbs and relocate to Osage Beach, Missouri. The four repay a Mexican drug gang through an increasingly complicated and perilous laundering operation operated through a casino in the Ozark Mountains.

It’s a fascinating and harrowing look at a family in distress that has gotten wonderful reviews and many award nominations and wins, including a directing Emmy for Bateman and an Outstanding Supporting Actor award for Ruth Langmore actress Julia Garner, since its relatively quiet launch in 2017.

On March 27, 2020, Netflix released the third season of Ozark, which saw the Byrdes dealing with not just the aftermath of clashes with local criminal rivals, but also an FBI investigation and the arrival of Omar Navarro, the Navarro cartel’s boss (Felix Solis). The last season also had Ozark’s most stunning conclusion yet, concluding one chapter of the Byrdes’ new existence with a bang but simultaneously leaving viewers with more questions than answers for the future.

Fans will receive answers… with the fourth and final season of Ozark, Netflix announced on June 30, 2020. Ozark season 4 will be the series’ final season, according to The Hollywood Reporter, although it will run for 14 episodes rather than the normal 10.

There isn’t any information regarding Ozark season 4 yet, but here’s what we do know thus far.

When will Ozark season 4 be available?

It’s reasonable that no release date has been set as of June 30, 2020, given Netflix’s recent confirmation that more of the Byrdes’ drug-fueled drama is on the way.

Despite the lack of a return date in the renewal announcement, there was a delicious hint about how the show would return:

Season 4 of Ozark will be divided into two halves, each with seven episodes. This down-the-middle divide corresponds to what Ozark showrunner Chris Mundy said in April 2019 to The Hollywood Reporter. Mundy explained at the time, “We’ve always thought about it as five seasons.” “It might be four, seven… but [five] has always felt like a nice number to us.” While fans won’t receive five full seasons of Ozark, the splitting of season 4 into two pieces might be argued to equal five overall Ozark installments.

Regrettably, Netflix’s approval of more Ozark is just half the fight. The other difficulty is securing a release date. Season drops, like twists, have been anything but expected for those who have been following the program since the beginning. Season 1 debuted in July 2017, season 2 followed in August 2018, and viewers had to wait another year and a half for season 3 to air in March 2020.

Bateman’s busy schedule is to blame for some of the inconsistencies; he’s been involved in a number of other projects during the series’ duration. That includes his most recent performance on HBO’s adaptation of Stephen King’s The Outsider, as well as a remake of the classic film Clue, which Bateman co-wrote and stars in with Ryan Reynolds.

What is Ozark season 4’s storyline?

The Byrdes have dug further into the gory hole that is the Navarro Cartel with each new season of Ozark, and season 3 was no exception. Marty and Wendy escaped what appeared to be certain death in Navarro’s vast money-laundering scam is yet another surprising conclusion. Before referring to a new “beginning” with the family and closing season 3 on a big cliffhanger, Omar Navarro (Felix Solis) selected Marty and Wendy — as well as their FBI links — over their adversary Helen Pierce (Janet McTeer).

There are no storyline specifics for Season 4 yet, but Mundy indicated in an interview with Entertainment Weekly that Byrdes and Ruth Langmore, their erstwhile adversary turned friend, will endeavor to carve out a niche for themselves.

“Well, if we’re lucky enough to have a season 4, I think it’ll be about whether Ruth can truly develop something she wants that is sustainable, or if she wants something different,” Mundy added. “And I think it’ll come down to whether or not the Byrdes can convert their worst error into this tremendous advantage, and how much karma will they face if they do?”

The Byrdes, according to Mundy, have reached a point of no return, and their only option after season 3 is to follow Navarro’s rabbit hole even deeper. “You’re a critical part of this company now, and you’re entirely on [Navarro’s] radar, to the point where he’s mixing his or someone else’s blood with yours, and you’re partaking in that,” Mundy said of the family’s situation towards the end of season 3. “And so, for better or worse, you’re thoroughly immersed in this game, and now it’s up to you to see if you’ve got another play in you.”

Mundy said the final collection of episodes will “finish the Byrdes’ tale appropriately,” and the Ozark crew is “thrilled to receive the chance to bring [the series] home in the most rewarding way imaginable” with the renewal news for Ozark season 4. Bateman also made fun of himself by saying, “The Byrdes are in for a big season, which implies big issues. I’m looking forward to putting the finishing touches on this chapter.”

When the show wraps off, it seems like Ozark viewers will be in for a big surprise.

Who will be on Ozark season 4’s cast?

For the time being, the Byrdes’ ability to persuade Navarro that they were vital had kept them alive, but for how long? And, given how strained all of their relationships are, perhaps a better question is: Can they make it out alive? They will, at least for the time being, based on the season 3 conclusion, which suggests that all four main characters — Bateman, Linney, Hublitz, and Gaertner — will very surely return for season 4. But who else can viewers look forward to seeing in this Netflix hit?

On Ozark, the bodies have a habit of piling up, and season three was no exception. Ruth, on the other hand, has managed to elude this fate by being both cunning and cruel. Fans may expect to see Garner return after Mundy said that season 4 will focus in part on her next movements. Omar Navarro is another character who has always been in the background but has spent the majority of his time on the show in obscurity until season 3. Felix Solis is almost certain to return now that the cartel boss has been so ingrained in the life of the Byrdes.

Nelson (Nelson Bonilla), Darlene Snell (Lisa Emery), Maya Miller (Jessica Francis Dukes), Trevor (McKinley Belcher III), and Frank Sr. are among the characters that managed to escape the devastating climax (Joseph Sikora). The Lagunas Cartel members, on the other hand, may end up being the most anticipated appearances. Season 4 may give a face to yet another of the Byrdes’ ever-growing list of foes since Navarro’s decision not to murder the Byrdes indicates that he plans to exploit their FBI ties.