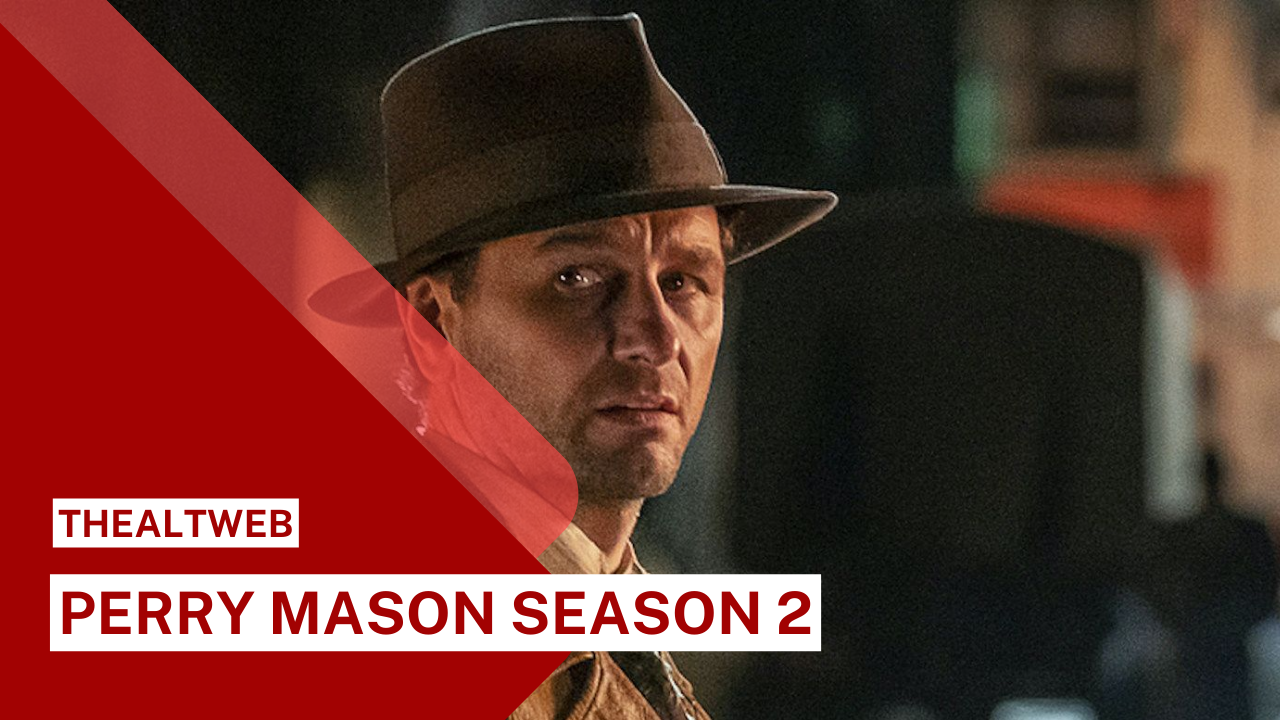 Matthew Rhys (“The Americans”) plays the title character, who is a down-and-out private detective in 1932 Los Angeles at the start of the series. When we first meet him, he is grumpy, inebriated, and dealing with residual trauma from the Great War as well as a failed marriage. However, he is quickly brought on to a high-profile case involving the death of a small kid, Charlie Dodson, which leads him down a new and unusual road. Perry has become the suited-up defence attorney he was always supposed to be by the conclusion of Season 1 and has founded Mason & Associates alongside Della Street (Juliet Rylance) and investigator Paul Drake (Chris Chalk).

So, what’s next for the series? Here’s all we know about “Perry Mason’s” second season so far.

When will Perry Mason Season 2 be available?

When HBO originally announced that a new “Perry Mason” series would be produced, it was advertised as a limited series. However, prior to the show’s premiere, publicity materials quietly removed the limited series description, implying that the show may become a long-running series. When the first season was still showing in July 2020, HBO announced that the programme will be renewed for a second season, citing the fact that it was the premium cable network’s most-watched series debut in almost two years.

“Working with the very brilliant team behind ‘Perry Mason’ has been a thrilling experience,” HBO executive vice president of programming Francesca Orsi told Variety at the time. “We are happy to welcome the programme back for a second season since viewers have enjoyed being transported back in time to 1930s Los Angeles each week.”

Unfortunately, that’s all we know about Season 2. As of right now, no launch date for a second season has been established, nor has there been any indication of a production start date, making it even more difficult to predict when we could see Perry Mason return. “That’s an ever-moving set of goalposts,” star Matthew Rhys told Deadline in May 2021. For quite some time, it’s been moving gradually like an iceberg. And I believe we are already in the midst of winter.”

Who will appear in the second season of Perry Mason?

Again, there isn’t much information on Season 2 of “Perry Mason” at this moment, so it’s uncertain who from the cast will return. However, it’s reasonable to assume that Matthew Rhys will reprise his role as the main character and that Juliet Rylance will reprise her role as fan favourite Della Street. Chris Chalk will very certainly reprise his role as Paul Drake. Della and Paul are characters from Erle Stanley Gardner’s literary novels as well as the original TV programme.

Season 2 boasts two new showrunners, both of whom are strong hitters: Michael Begler and Jack Amiel, who previously worked on the historical medical drama “The Knick,” will be in charge (via The Hollywood Reporter). They succeed Ron Fitzgerald and Rolin Jones, who developed “Perry Mason” but are now working on other projects.

John Lithgow, whose role, Elias Birchard “E.B.” Jonathan, was a mentor figure for Perry, will most likely be unavailable to Begler and Amiel. He died in the middle of Season 1, so you’re unlikely to see him again unless the programme uses additional flashbacks in Season 2.

Unfortunately, we do know one performer who will not be returning, and it’s a bummer: Tatiana Maslany, who played Sister Alice in Season 1, has been talked out of a second role on the HBO historical drama, according to a TVLine report. Maslany’s admirers are allowed to guess as to what is delaying her from returning for Season 2. We’re sure it’ll be exciting.

When asked about a second season in an interview with Collider last year, executive producer Susan Downey stated the choice on who would return would be based on the story’s requirements. “You really have to start with what our three characters’ tale and the journey is, and what themes we want to play with,” she added. “And then it has to determine the universes we travel into and the various characters that wind up filling them.”

We do know that Eric Lange’s Detective Gene Holcombe and Justin Kirk’s Assistant DA Hamilton Burger, both recurring characters from Season 1, have been promoted to series regulars (via Screen Rant). We can only guess what this means for Season 2, but having more of these two talents in the mix can only be a positive thing.

What happens in Season 2 of Perry Mason?

The first season of “Perry Mason” was intended to offer backstories to characters who had never been given them in prior editions. Perry, Paul, and Della were all outsiders who battled the system throughout the course of the first season of the programme, and in the process, they discovered who they were and what they wanted from life. Now that Perry is an attorney and has shed some of the baggage that held him back in the beginning, it’s logical to assume that the programme will continue to focus on his unwavering struggle for justice with characters like Della and Paul. But it’s not obvious what it looks like.

Based on what we know about the first season, the show’s second season might focus on a single case. However, because reviewers considered the show’s central mystery and case to be somewhat lacking, it’s possible that the creators will want to move away from a season-long storyline and focus on lesser cases.

Of course, now that the table has been set and everyone is in their proper place, it’s feasible that the programme may begin adapting some of Gardner’s novels for the screen. The first season concludes with a tribute to Eva Griffin, who appears in Perry Mason’s novel “The Case of the Velvet Claws,” so don’t be shocked if the programme starts to borrow from the book as it progresses.

“You’re taking up where you left off, to a degree, but you’re also beginning something utterly fresh and different,” Rhys said in a May interview with Deadline. Being the type he is, navigating the legal system and its stumbling blocks, I believe will be extremely intriguing, hopefully.