Pirates Of The Caribbean 6 – Latest Updates on Release Date, Cast, Plot, and More! 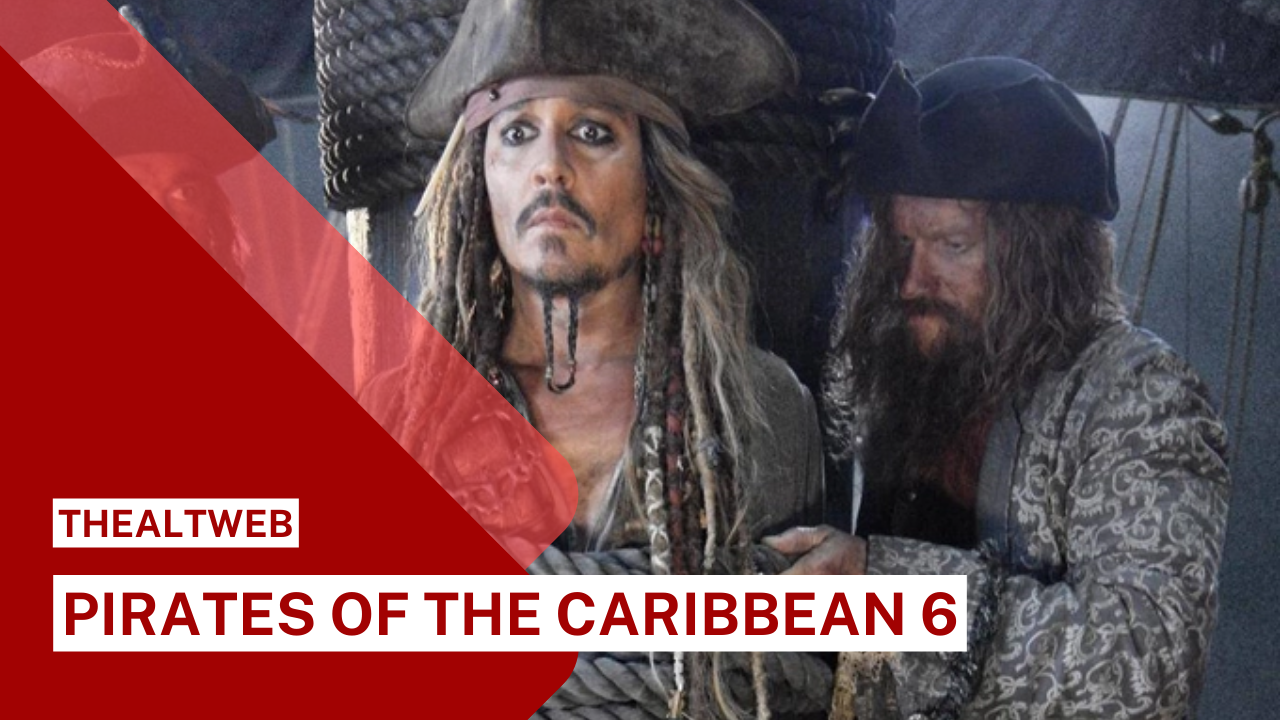 Could anyone have predicted that “Pirates of the Caribbean,” which began as a remake of the same-named theme park ride at Disneyland and Disney World, would give us one of the most memorable Disney characters of all time in Captain Jack Sparrow and grow into a game-changing action franchise and sprawling epic with complex lore?

The “Pirates of the Caribbean” film franchise has been around for nearly two decades, starting with the release of “Pirates of the Caribbean: The Curse of the Black Pearl” in 2003, starring Johnny Depp as the suave swashbuckler Jack Sparrow and Orlando Bloom as the blacksmith Will Turner on a mission to rescue Will’s childhood love Elizabeth Swann (Keira Knightley) from Captain Barbossa’s (Geoffrey Rush) cursed ship the Walt Disney Pictures and executive producer Jerry Bruckheimer (who produced the picture under his Jerry Bruckheimer Films brand) launched the franchise after the first instalment grossed more than $650 million worldwide.

Pirates Of The Caribbean 6: The Last Fight “Teaser Trailer”

A mystery sixth film is now on the way. In October 2018, Deadline announced that “Deadpool” writers Rhett Reese and Paul Wernick would be writing a “Pirates” remake; however, a year later, Disney recruited Craig Mazin (of “Chernobyl” fame) and Ted Elliott (a writer on “Pirates 1” through “4”) to write the film instead. Then, in May 2020, Bruckheimer told Collider that the “Pirates” crew was “working on a script right now” and will provide it to Disney execs as soon as possible.

While there isn’t much definite information regarding the forthcoming film, rumours and rumours have been flying all over the place.

Here’s everything we know so far about “Pirates of the Caribbean 6,” including who might appear in it, when it might be released, and what it might be about.

When are Pirates of the Caribbean 6 scheduled to be released?

There isn’t a release date for “Pirates of the Caribbean 6” because the screenplay hasn’t been finished and given it to Disney as of June 2020. It might be a long time until “Pirates of the Caribbean 6” hits theatres, depending on whether the plot requires minor revisions or a complete makeover, as well as whether or not the present status of the entertainment business has an impact on the production.

In order to put together a possible timeframe, we might go to previous films. As an example, consider “Pirates of the Caribbean: Dead Men Tell No Tales,” the most current instalment of the franchise. Disney planned to make the fifth and sixth “Pirates” movies “back-to-back as one enormous feature,” to be released separately, according to a rumour from December 2010, six months before the release of “On Stranger Tides” in May 2011. Only “Pirates 5” managed to get away with it.

Disney laboured for a time to find a director after veteran series author Terry Rossio finished a script draught. Gore Verbinski, the director of “Pirates 1” through “3,” was passed up – then Joachim Rnning and Espen Sandberg were hired, Rossio’s script was trashed, and the pre-production process began over in January 2013.

Brenton Thwaites was cast as Will and Elizabeth’s son Henry Turner in November 2014, according to Deadline. This revelation occurred two and a half years before the film was released in May 2017.

Taking all of this into account, and knowing where “Pirates 6” is now in development, “Pirates of the Caribbean 6” might take up to four years to arrive, based on the timeframe that its predecessor followed.

Who will appear in Pirates of the Caribbean: On Stranger Tides?

Although no one has officially joined the cast of “Pirates 6,” there is a rumour that Disney wants Karen Gillan to play the lead in the picture, which will purportedly focus on a female protagonist (more on that in a bit). The “Guardians of the Galaxy” actress is also a part of the “Jumanji” reboot film series, and she would be a wonderful match for the Pirates franchise as an A-list movie star.

There have also been speculations that Disney is considering Emma Watson for the next Pirates film, following her success in the live-action “Beauty and the Beast.” Even Zac Efron was rumoured to be cast as a youthful Jack Sparrow in a future film. Of course, until Disney comes forth with official casting announcements, these rumours are just that: rumours.

Aside from potential new series additions, Kaya Scodelario (who played Captain Barbossa’s daughter Carina Smyth in “Pirates of the Caribbean: Dead Men Tell No Tales”) claimed ScreenRant in 2017 that she had a contractual obligation to feature in one more Pirates film. It’s likely that the sixth film may simply take up where the fifth left off, with a majority of the same actors – including Orlando Bloom, who is expected to reprise his role as Will Turner.

What do Pirates of the Caribbean 6 have in store for us?

Rhett Reese and Paul Wernick, the writers of “Deadpool,” left “Pirates 6” in February 2019, as previously revealed (via Deadline). Craig Mazin and Ted Elliott were hired later in the year to take their place. Have Reese and Wernick’s intentions changed now that Mazin and Elliott have arrived? Is “Pirates 6” Disney’s attempt to return to its roots?

We can make reasonable conclusions regarding the narrative of the future “Pirates of the Caribbean” film by looking at the most recent instalment. The post-credits sequence in “Dead Men Tell No Tales” hinted at the return of Davy Jones (Bill Nighy) as an opponent; the Flying Dutchman captain sneaks into Will and Elizabeth’s bed while they are sleeping, prepares to assault them, and then departs.

Is a Pirates of the Caribbean 6 trailer available?

A trailer for the sixth “Pirates of the Caribbean” film isn’t even a gleam in Disney’s eye as of June 2020, because the script is still being written. Until then, you may watch “The Curse of the Black Pearl,” “Dead Man’s Chest,” “At World’s End,” “On Stranger Tides,” and “Dead Men Tell No Tales” on Disney+.

Soon, the powers that be will reveal what’s in store for “Pirates of the Caribbean 6,” and we’ll hear more about it. After all this time, it’ll be nice to be back on the high seas for another adventure, regardless of who the film is about or when we watch it.