Queen Of The South Season 5 – ENDING! 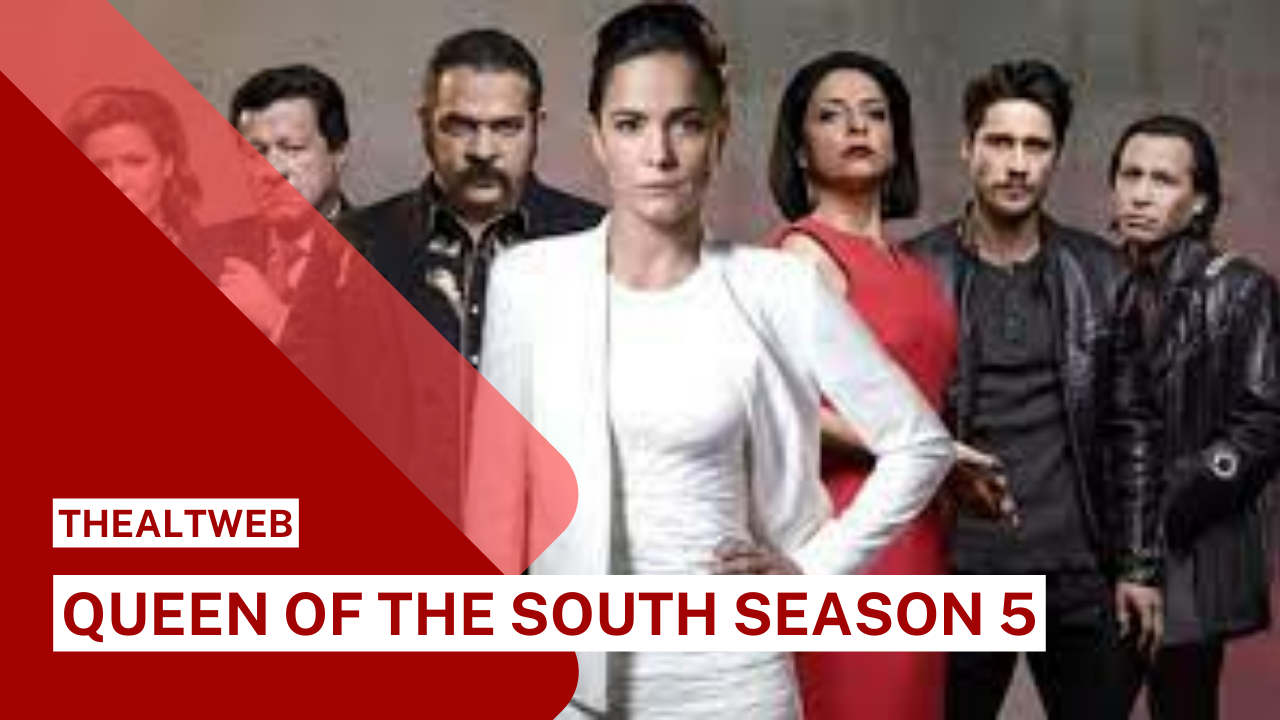 Teresa Mendoza’s (Alice Braga) quest for power and wealth has come to an end for viewers of the USA’s hit series “Queen of the South.” The show’s long run came to an end with the fifth and final season, which aired on June 9, 2021.

Teresa’s personal troubles are the focus of the emotional drama, which began in 2016.

Teresa begins as a drug runner in order to save her partner from the difficulty he gets himself into, but she quickly rises through the ranks and gains control and influence over the illicit drug trade. Teresa makes important friendships along the way, including James (Peter Gadiot), Pote Galvez (Hemky Madera), and Kelly Anne Van Awken (Molly Burnett), whom she first meets as a housewife in well over her head.

“Queen of the South” is a whirlwind story based on the drama “La Reina del Sur,” which is based on Arturo Pérez-book Reverte’s of the same name. If you’re having trouble figuring out what happens to Teresa and her crew and what it all means, here’s how “Queen of the South” Season 5 ends.

Teresa’s death is avenged, and Pote, Kelly Anne, and James settle her business.

Season 5 of “Queen of the South” is under a lot of pressure to wrap Teresa’s tale up satisfactorily. Teresa is shot and presumed died in her home in the debut episode of the show, which aired in 2016. Viewers will remember this scene for the duration of the program, and the fifth season will be responsible for addressing the show’s predicted finish. Sure, but it also manages to surprise everyone.

Teresa meets this end in the second-to-last episode of Season 5, dying at the hands of her lover, James. This is heartbreaking news, as most viewers of the show are pulling for James and Teresa to find happiness together. Devon (Jaime Hector) assigns James the responsibility of killing Teresa, and after showing that the assignment is completed, he leaves to save his own skin. Despite his treachery, James still does not want Devon to take over Teresa’s firm, which would put him in jeopardy. Add in a spiteful Pote, and you’ve got yourself a tense confrontation on your hands.

Pote is sentenced to three years in prison after cremating Teresa and traveling to Mexico to disperse her ashes, but that doesn’t stop him from plotting vengeance on the men responsible for Teresa’s death.

Meanwhile, Kelly Anne is doing her best to stay alive and return to Pote.

Teresa fakes her death in order to begin a new life.

Of course, not even James can defeat Teresa, and the series’ last episode demonstrates just how clever the protagonist is. Teresa devises a scheme with Pote, Kelly Ann, and James to fake her death and fool everyone else. Pote seeks revenge on the wicked Boaz (Joseph T. Campos) before reconciling with the crew in a beautiful isolated paradise.

Teresa and James are in love, Pote and Kelly Ann are reunited with their daughter, Lena (Mileiah Vega), and everything is serene and happy at the end of “Queen of the South.” What else could you want? Even with this picture-perfect conclusion, the program also handles the overarching story of Teresa’s two personalities, as the character begins to see the dispassionate, focused version of herself dressed in all white (the same attire she wears in the pilot flash-forward) fairly early in the first season.

While Teresa officially does not die from the bullet at the end of the series, a voiceover describes how the passionate, money-obsessed version of the character died symbolically, with Teresa remarking, “She was slain by me, a Culiacán money changer who had beaten all chances to live. They stated my only options were prison or death. But what do they know about it? I choose to live.”

After the end, the showrunners envision the group prospering.

The showrunners were unclear whether there would be enough time to explore Teresa’s tale further before Season 5 ended. Unfortunately, the show was canceled, but the characters were given a happy ending. Many fans are left wondering what the gang will do next, or what Teresa, James, and the others are up to in their beach paradise.

Showrunners Benjamin Lobato and Dailyn Rodriguez claimed in an interview with Deadline that they purposefully chose not to murder Devon as a loose end for a hypothetical Season 6, making it unclear whether he actually believes Teresa is dead. Because they were unable to continue the series, fans will have to speculate about what might have transpired.

Similarly, Lobato and Rodriguez said that they believe Teresa and James will have a family following the events of the finale. “I really believe that these last years, while Pote has been in prison, what they’ve been doing is trying to find who they truly are, without the threat of death looming over them,” Rodriguez says.

While the five seasons of “Queen of the South” focus on Teresa’s inability to evade her fate, it’s encouraging to see that she is eventually able to leave her past behind.