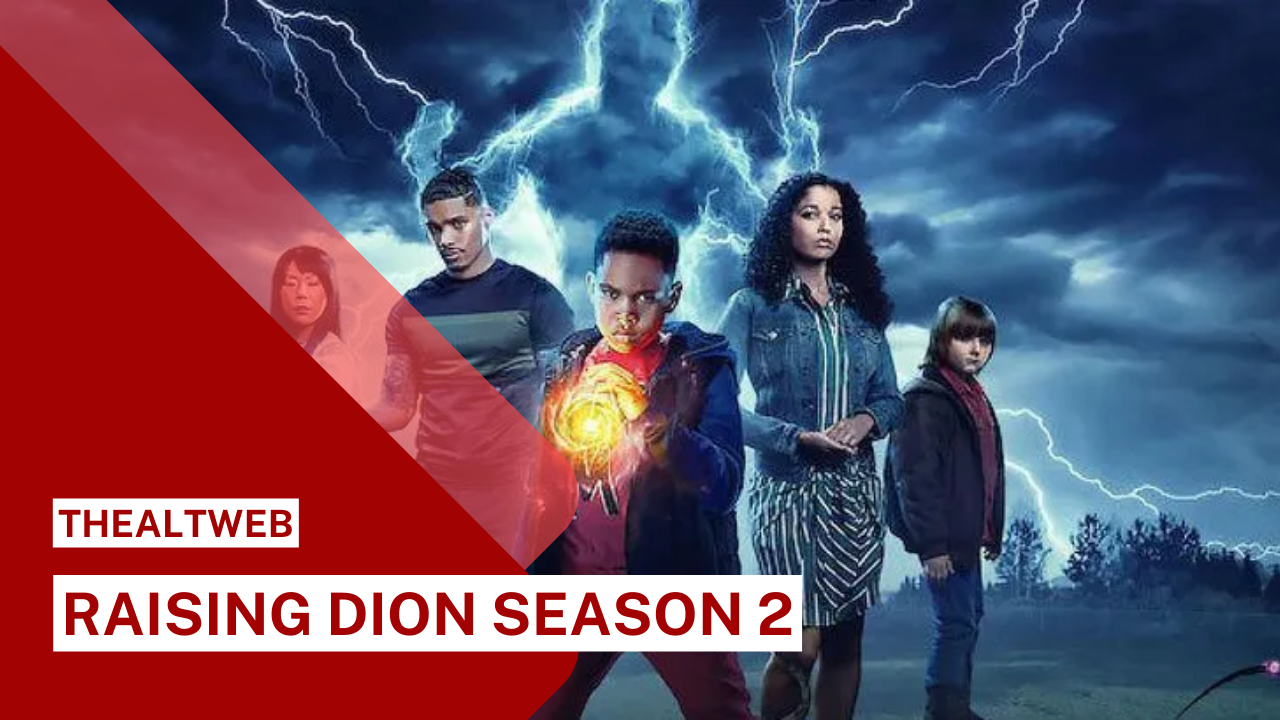 Netflix has been on a roll when it comes to generating and delivering original content on its platform over the past several years. The truth is, the streamer has been so busy releasing original content that it’s becoming difficult to keep up with what’s coming out each week. As a result, even the most ardent Netflixers are likely to be missing out on a lot of very outstanding episodes and movies.

While Netflix’s Michael B. Jordan-produced superhero series Raising Dion doesn’t quite qualify as an egregiously ignored treasure (it actually made the Top 10 in Netflix’s 2019 audience stats), it still feels like not nearly enough people are talking about it.

Raising Dion premiered on Netflix in the fall of 2019, and it’s a somber story about a single mother (Alisha Wainwright) trying to raise the titular super-powered youngster (newcomer Ja’Siah Young) on her alone immediately struck a chord with reviewers and fans. Many fans were demanding more of Raising Dion’s pitch-perfect combination of poignant storytelling and heroic lunacy before the first nine episodes were even done.

Although Netflix didn’t announce Raising Dion’s renewal until early in 2020, it has now been confirmed that season 2 of the show will air. Here’s all we know about Season 2 of this creative success thus far.

When will Raising Dion season 2 premiere on Netflix?

First and foremost, now that we know there will be a second season of Raising Dion, the most pressing concern is when we will be able to binge-watch it. Unfortunately, for the time being, that crucial piece of information will remain a mystery.

The pandemic is to blame for the delay in the second season debut of Raising Dion. After all, the announcement of the series’ renewal came only a month or two before everything went completely wild and the whole entertainment sector, along with the rest of the economy, was forced to shut down. Netflix had stated that season 2 will begin production before the end of 2020, however, this is almost probably not the case. So, as exciting as it is to know that Dion’s experience will continue at some point, there’s no way of knowing when it will.

In terms of Raising Dion’s second-season production timetable, there are certainly a few factors to consider. Most significantly, you can be sure that the show’s creative staff hasn’t gone on a lovely long vacation during the lockdown, and that scripts for Season 2’s eight episodes are likely completed, polished, and ready to film as soon as it’s safe to do so. Raising Dion might possibly shoot by the end of 2020, considering that production teams are progressively ramping back up throughout the world – though it’s far from a certainty.

However, if that occurs, we may see Dion and his band in mid-to-late 2021. Let’s hope for the best!

Season 2 of Raising Dion will include who will be on the show.

Even while the “when” of Raising Dion’s second season is still unknown, the “who” is rather evident. Because the program is titled Raising Dion, there’s little doubt that Ja’Siah Young, the series’ young star, will reprise her role as Dion. The mother who raised him is the same, which implies we’ll see more of Alisha Wainwright in future episodes. And, yes, Michael B. Jordan will reprise his role as Dion’s spectrally inclined (and most likely deceased?) father, Mark, in the film.

Now that almost all of the good people survived Season 1, there’s a fair chance Dion’s buddies Esparanza (Sammi Haney) and Jonathan (Gavin Munn) will play a major role in the upcoming season. Jazmyn Simon, who plays Celine Dion’s Aunt Kat, is almost certain to return. And, considering the cliffhanger finale of Season 1, you can bet Griffin Faulkner’s second-gen super, Brayden, will be getting plenty of screen time in the future.

If there’s one big concern about Raising Dion’s second-season ensemble, it’s whether Jason Ritter will reprise his role as Pat, the show’s startling first-season villain. The big villain “Crooked Man” was finally destroyed in the final episodes of season 1, however, it’s unclear if he was killed for good or simply needs a hefty recharge. For what it’s worth, in a January Twitter post, Ritter expressed his delight at the renewal of season 2, indicating that he may really be back for the next season.

In any case, keep an eye out for developments on the cast of Raising Dion.

What happens in season 2 of Raising Dion?

We truly don’t know where the story is headed in season 2 of Raising Dion. Given how Raising Dion’s first season ended, it’s safe to assume that: 1) Ritter’s “Crooked Man” isn’t quite as defeated as we think, 2) the storm entity has possessed young Brayden, so he’ll likely face off against Dion at some point in the second season, and 3) there may be a few more second-generation supers joining the action moving forward.

To say the obvious, Dion hasn’t fully developed his wide-ranging powers, so season 2 should be exciting to see what more he can achieve. One of those skills will almost certainly have consequences for the Crooked Man’s unfortunate victims. Obviously, Dion’s own father is on that list, since he appeared to be trapped in some kind of spirit world where he wasn’t quite dead or alive during season 1.

Sure, there are more assumptions to be made, but one of the pleasures of watching Netflix’s Raising Dion is seeing how the show’s creators subvert tried-and-true superhero cliches for their own purposes. Season 2 promises to be even more magical, and we can’t wait to see what they come up with.