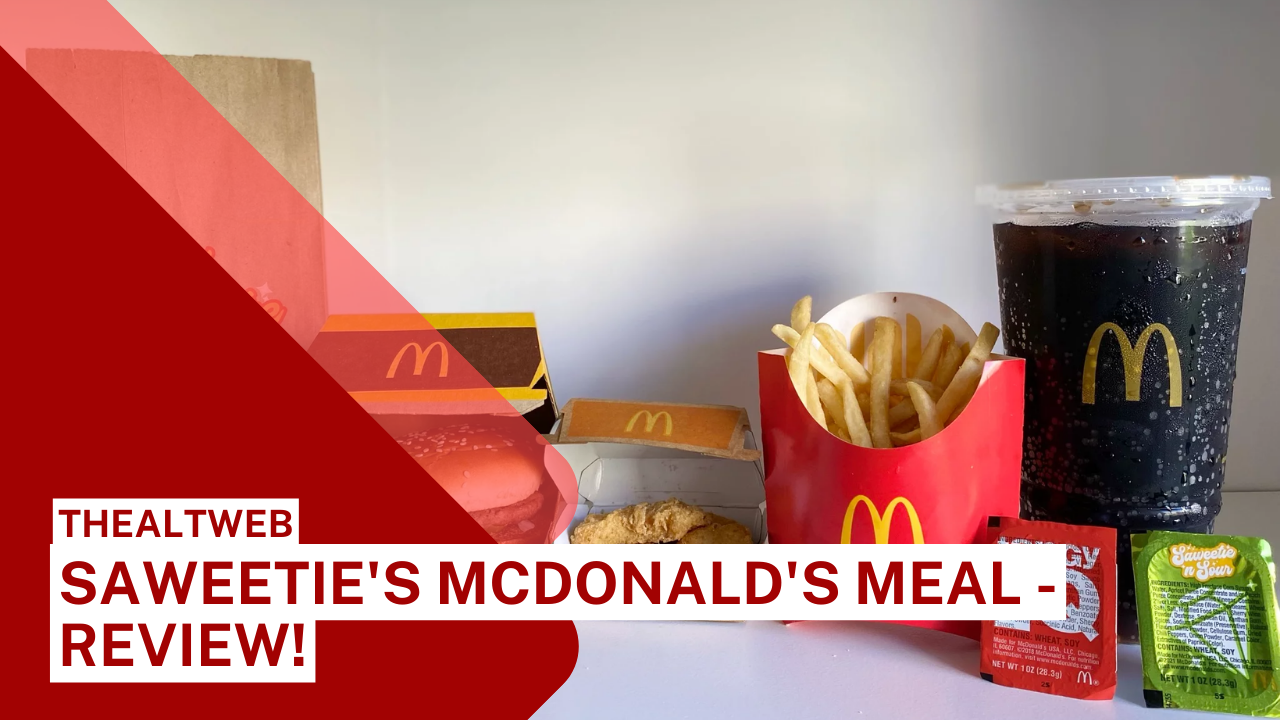 The Saweetie Meal is the latest addition to McDonald’s “Famous Orders,” which debuted last year. You’ve probably heard of the chain’s past partnerships with Travis Scott, J Balvin, and BTS. It’s now the time of the “Icy Girl,” who has already made an impression. In a recent interview with POPSUGAR, she said, “I feel like an honor” was an understatement. “It means everything to me to be the first woman to have the collaboration.”

A Big Mac, four pieces of Chicken McNuggets, medium french fries, and a medium Sprite are included in the Saweetie meal. Tangy BBQ Sauce and Saweetie ‘N Sour Sauce are also included in the package. Remember that you have the option of customizing your drink and sauces. “As long as you’re doing you, you’re doing the Saweetie Meal,” the California native explains in her ad video.

The Saweetie Meal is all over TikTok and Instagram, thanks to the popular fast-food chain’s aggressive marketing. Aside from the packaging, the rapper’s “remixed meals,” which are three inventive ways she organizes and consumes her McDonald’s menu faves, are one of the primary draws. She supposedly varies it up by laying nuggets on top of a bed of fries, swapping her burger meat with chicken nuggets, or putting fries on her burger – I decided to put the latter to the test.

When I went to pick up my order at McDonald’s, it was in a wonderful branded paper bag that proclaimed “The Saweetie Meal” in the company’s trademark red-and-yellow colors. I promptly began working on my remixed Big Mac after receiving my order. I started by removing the top bread off my burger and layering a handful of fries on top of the patties. Then I sprinkled Saweetie ‘N Sour Sauce on top, then replaced the top of the bun, and took an uncomfortably large chunk.

What is the final word? The Saweetie ‘N Sour Sauce, which I’d suggest to any foodie seeking to mix things up with a little sweetness, was an unexpectedly tasty complement to my burger. I’m not sure, though, that Saweetie invents novel methods to consume McDonald’s. Is she truly willing to take the chance of her meal becoming cold? Regardless, it’s still a fantastic notion, and I have no regrets – I even developed a new love for Sweet and Sour on my Big Mac! However, I’m not sure if the effort to rearrange my meal was worthwhile.

I’d order it again if the opportunity arose. Yes! If you’re a Saweetie lover with a huge appetite, it’s a win-win situation because the meal costs the same as it would à la carte (prices vary according to your area). Overall, the unexpected little things, such as the branded paper bag and sauce, added to the excitement of the event for me. However, regardless of whether the section appeals to you, I recommend placing an order as soon as possible. After all, getting a Saweetie-branded McDonald’s lunch is a once-in-a-lifetime opportunity.